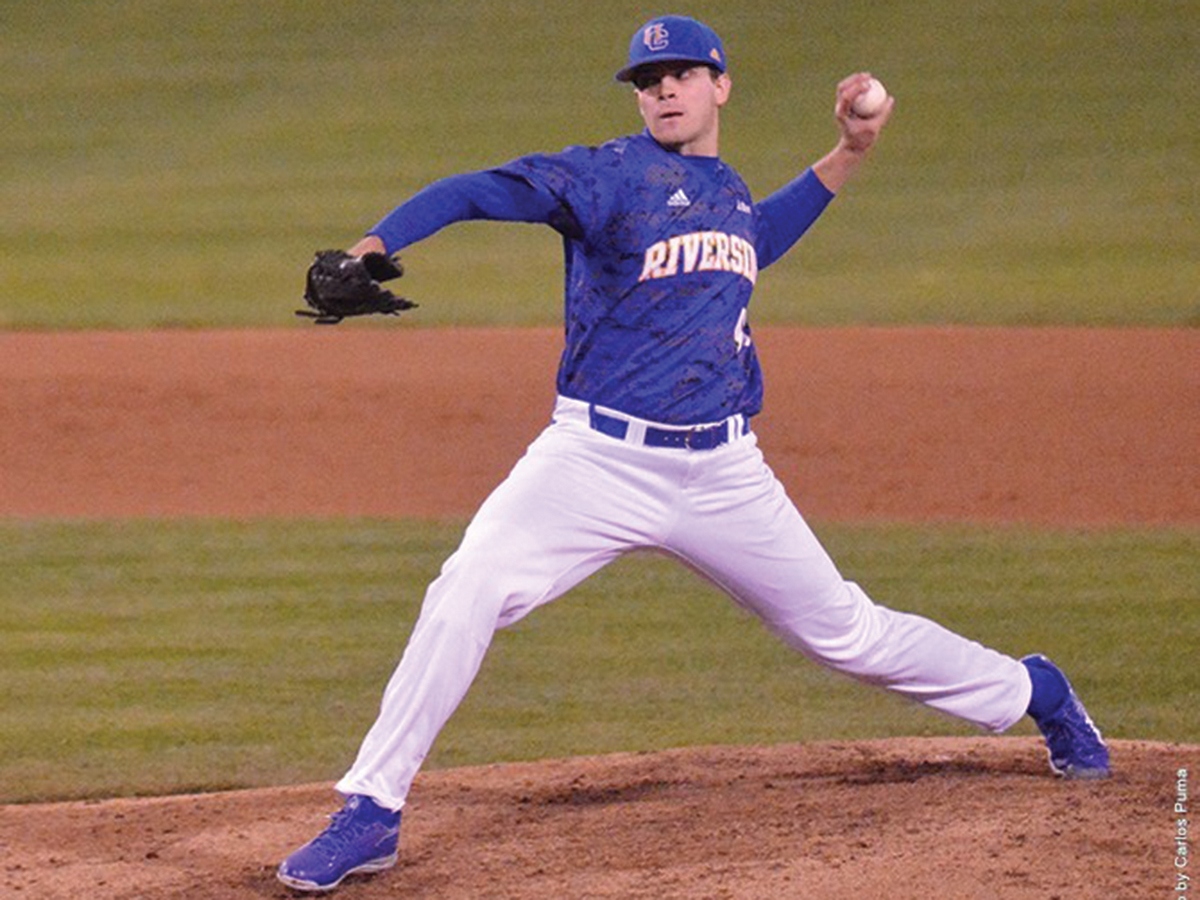 The MLB First-Year Player Draft is the largest draft of prospective rookie talent in professional sports that gives many high school and college athletes their chance at fulfilling their lifelong MLB dream. Three Highlanders were selected in this year’s draft — pitcher Austin Sodders in the seventh, outfielder Vince Fernandez in the tenth and pitcher Matt Ellis in the 17th — and they each will have an opportunity to make their mark and move up the farm system and eventually, they may get that long-awaited call-up.

Austin Sodders lit up Friday nights for the Highlanders in the 2016 season, posting a 7-4 record with a 2.57 ERA as the ace for UCR and Head Baseball Coach Troy Percival. He was originally drafted by the Pittsburgh Pirates in the 17th round of the 2015 amatuer draft after recording a 7-1 record with a 2.03 ERA at Riverside Community College. He elected to pass on the draft, improving his draft stock immensely with a solid year at the Division I level. Using a combination of a low-90’s fastball with a strong changeup and a deadly slider, Sodders resembles Texas Rangers pitcher Cole Hamels, who was drafted in the first round of the 2002 amatuer draft. While Hamels uses a nasty curveball instead of a slider, Hamels and Sodders setup and use these breaking pitches to cause strikeouts behind their low-90’s velocity. Given enough time and improvement of his control, Sodders could become a solid fourth or fifth starter for the Tigers

Fernandez showed some talent with the bat for UCR, tallying a .350/.431/.509 slash last season. He also led the team with eight homers on the season and was named by coaches around the Big West to the All-Conference Second Team. At 6’3” and 210 pounds, Fernandez has a build similar to Toronto Blue Jays outfielder Jose Bautista who was drafted in the twentieth round in the 2000 amatuer draft. Bautista started his career very slowly, hitting under .260 and only hit more than 16 home runs in a season nine years after he was drafted. This shows a gradual but effective model for development over several years that Fernandez should look to follow. The hitter-friendly Coors Field is the perfect environment for a hitter like Fernandez to thrive and develop his power should he reach the major league level. While Fernandez does not possess the pure power that Bautista gets from his more compact build (6’1”, 205) just yet, he can use his height for more leverage in his swing that Bautista can. For now, he needs to improve his baserunning and adjust to seeing pitches faster and with stronger and more noticeable breaks than those in the Big West. If he does that, he can be a valuable asset for the Rockies.

A catcher that converted into a relief pitcher this season, Matt Ellis and his strong arm has made him into an attractive prospect. While he is still adjusting to pitching, his 31/15 K/BB ratio in 23.2 innings of work demonstrates his ability to continue to improve at a fast pace. In his last five games, he had a 11/3 K/BB ratio in 5.2 innings of work while only allowing one run during that stretch. As a strong arm that has yet to be truly meet his potential as a pitcher, there are many possibilities for how he could turn out. Washington Nationals pitcher David Carpenter is another raw arm that was also drafted by the Cardinals in the 12th round of the draft in 2006. Carpenter came into the league with an arm that had a great deal of potential with high fastball velocities, but needed more time to develop other pitches and adjust to major league talent as Ellis will need to do. Pitchers Joe Kelly (2009) and Marc Rzepczynski (2007) were both drafted by the Cardinals as UCR alumni and went on to make solid contributions to their 2011 World Series Championship. Perhaps Ellis will do the same in the near future.