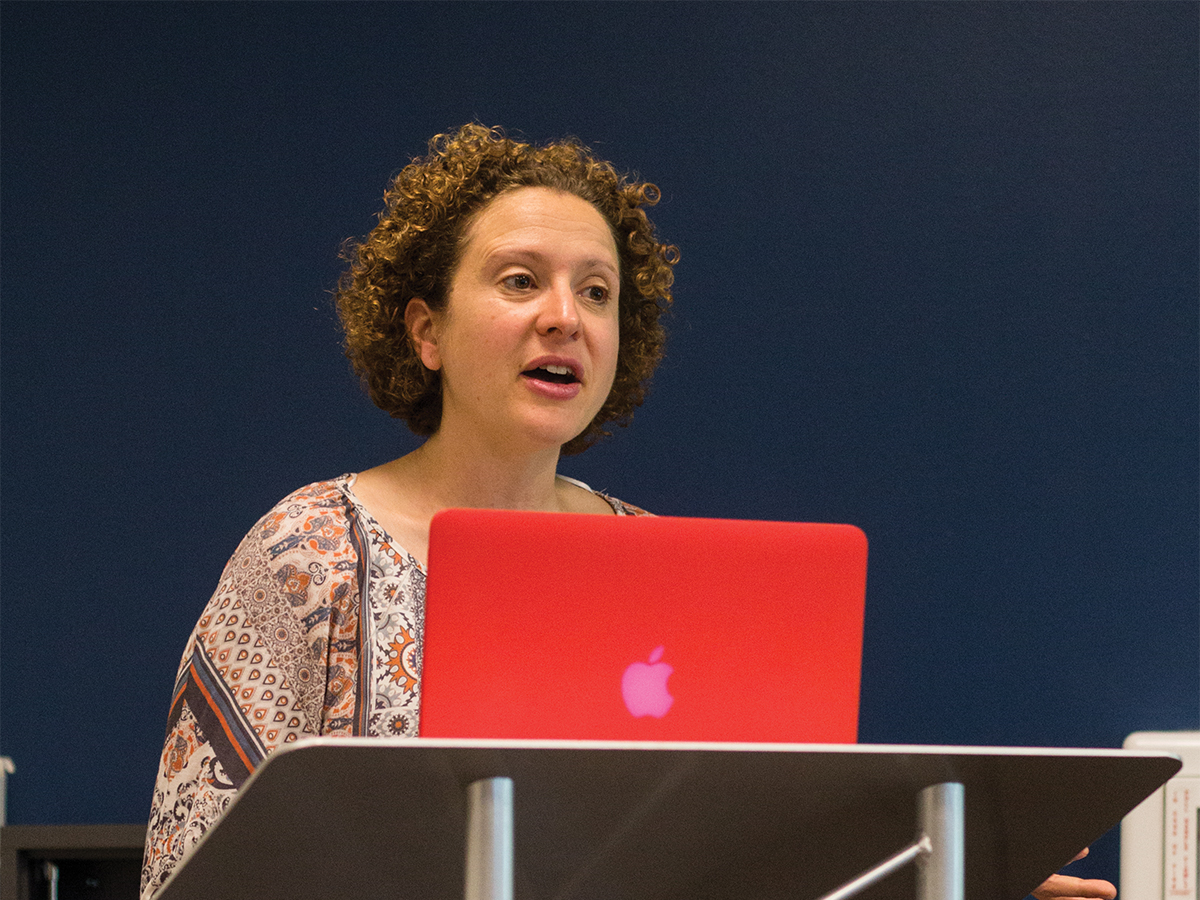 On Thursday, Oct. 20, UCR’s Office of Research Integrity (ORI) hosted it’s inaugural event of the year titled, “Zika: Myth and Reality,” with UCR Associate Director of Biomedical Sciences Dr. Ilhem Messaoudi giving a lecture on the history of the Zika virus, as well as how the virus is transmitted and its symptoms.

In the past year, the world has seen the spread of the Zika virus from Africa to Latin America to Miami, Florida. During this time, scientists at the Center of Disease Control (CDC) and World Health Organization (WHO) have been working to better understand the disease and find a vaccine.

Messaoudi began the lecture by providing background on the virus. Zika was first discovered in 1947 in the Ziika Forest in Uganda by a group of scientists from the Uganda Virus Research Institute who were researching yellow fever. The scientists discovered a monkey that was acting strangely and proceeded to test it, finding that it was infected with the Zika virus. Further research found that the local mosquito population was transferring the virus from monkey to monkey. They also discovered that Zika is in the same viral family as yellow fever. It was not until 1977 that minor cases of Zika were discovered in Pakistan, and in 2007, the world finally saw mass outbreaks outside of Africa and Asia.

Messaoudi further explained that the first mass outbreak outside of Africa and Asia took place on the Island of Yap in the Federated States of Micronesia. After this specific exposure, the world saw outbreaks on other Pacific Islands in 2013 and in 2015. Cases started to appear in Brazil and locally acquired cases occurred in Colombia. By mid-2016 the United States saw local transmissions in Miami, Florida.

Messaoudi described how the acquisition of Zika in humans could occur in multiple ways. The first is mosquito-to-human, in which a mosquito bites a human and infects them; the second is human-to-human, in which the virus is passed through sexual intercourse; the third case is from mother-to-baby, in which a mother already affected by the virus passes it to her baby while it is still in the uterus. Mosquitos were also found to be able to contract the virus if they were to bite an infected human.

According to WHO, the symptoms of Zika include mild fever or headache, joint pain, skin rash and conjunctivitis. Because these symptoms only last for two to seven days, Messaoudi explained that, “Only every one in four people will actually have any of the symptoms … so at the moment the CDC does not recommend testing for asymptomatic men, children and women who are not pregnant.”

When asked, during the Q-and-A session following the lecture, about the relevancy and potential threat of Zika today Messaoudi emphasized that, “The only people that should be worried about Zika are people who are pregnant or trying to get pregnant … the rest of us who are not pregnant or not trying to get pregnant will have a little bit of aches and a little bit of pains but we can all put up with it and we will all be fine. Once you are infected you are immune for life.”

The CDC has been trying to avoid issues when it comes to creating a vaccine, like that of when there was an Ebola epidemic, so according to Messaoudi, they are being very careful about testing and what they call a “vaccine.” On their website, the CDC gives a very detailed explanation of how Zika works as well as the best ways to prevent contraction.

The next ORI seminar will take place on Wednesday, Nov. 2 in HUB 367 and is entitled “Involving Alzheimer’s Patients in Clinical Research.”