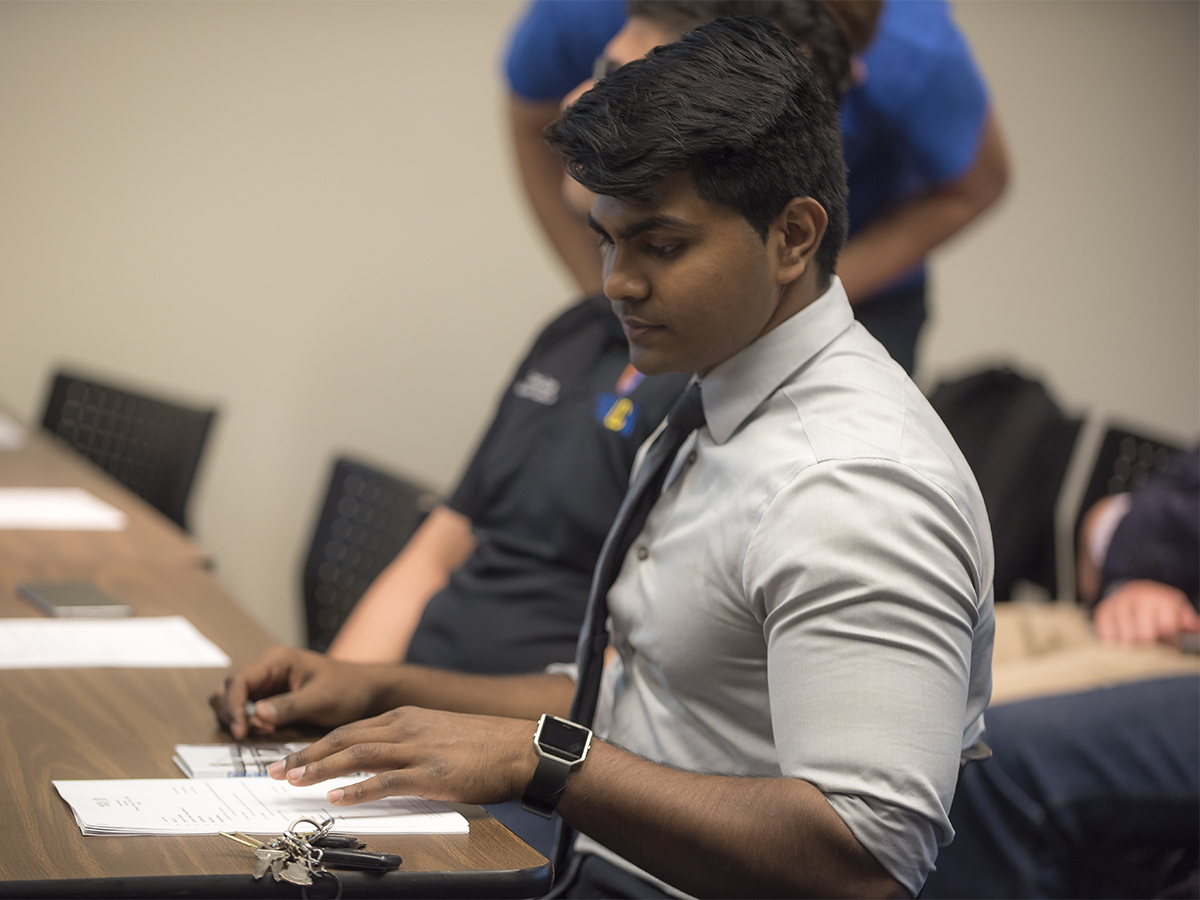 The second senate meeting of the year, held on Wednesday, Oct. 19, continued the debate over President Shafi Karim’s executive order that has suspended and nullified the appointment of justice nominee Samanta Fuentes.

Justices Hayden Jackson and Jo Gbujama spoke during ex-officio reports to provide context for the situation leading up to the executive order, denouncing Fuentes’ judicial appointment, issued by President Shafi Karim at the school year’s first state of the association meeting held on Wednesday, Oct. 5.

Jackson described how the judicial council had determined the vote of 3-1-2 made during an emergency senate meeting held last school year to appoint Fuentes passed because it had more than the two-thirds of the support needed for her appointment. “You only count the votes that are yes and no,” Jackson stated, in reference to Robert’s Rules of Order, in which abstentions were not counted as part of the vote. Jackson also brought up the argument that each Executive Cabinet (ECAB) was allowed to appoint three justices. However, if Fuentes’ appointment is voided, ECAB would be appointing four justices this year, which is not in accordance with the ASUCR Constitution.

Gbujama identified two questions raised by the dispute over Fuentes’ appointment, “One, does the constitution mean two-thirds of those participating in the vote or two-thirds of … senate present to vote? And two, what does it mean to abstain from the vote?” He answered the questions by saying that judicial council interpreted the constitution to mean that when quorum is met, two-thirds of the senators voting are counted in the vote. Gbujama emphasized that the word abstention “literally means to refrain from doing something,” which would leave those choosing to abstain, out of the vote.

Extension for Gbujama’s time to speak for five more minutes during his ex-officio report was rejected by a vote of 3-6-3, making it the first motion to be rejected this year.

Also during ex-officio reports, Karim announced that he would be meeting with UC President Janet Napolitano on Wednesday, Oct. 26 to discuss body cameras on UCPD officers and how to handle the tuition increases that will take place in 2017.

During senator reports, CNAS Senator Beau Young announced that he is working on a resolution in regards to seating in CNAS classes that would “have students with poor grades to sit in the front.” CHASS Senator Aram Ayrapetyan announced that he met with the director of TAPS to discuss the congestion in parking lots. “I don’t think it’s right that people are skipping class just cause … they couldn’t find parking,” Ayrapetyan said. He said that negotiations are in the works to open up three new gold lots and potentially provide TAPS shuttles if these lots were to open.

GCAP Director Bryan Martinez presented a $3,700 to allocate funds from a GCAP grant to the R’Garden. The motion was approved 12-0-0.