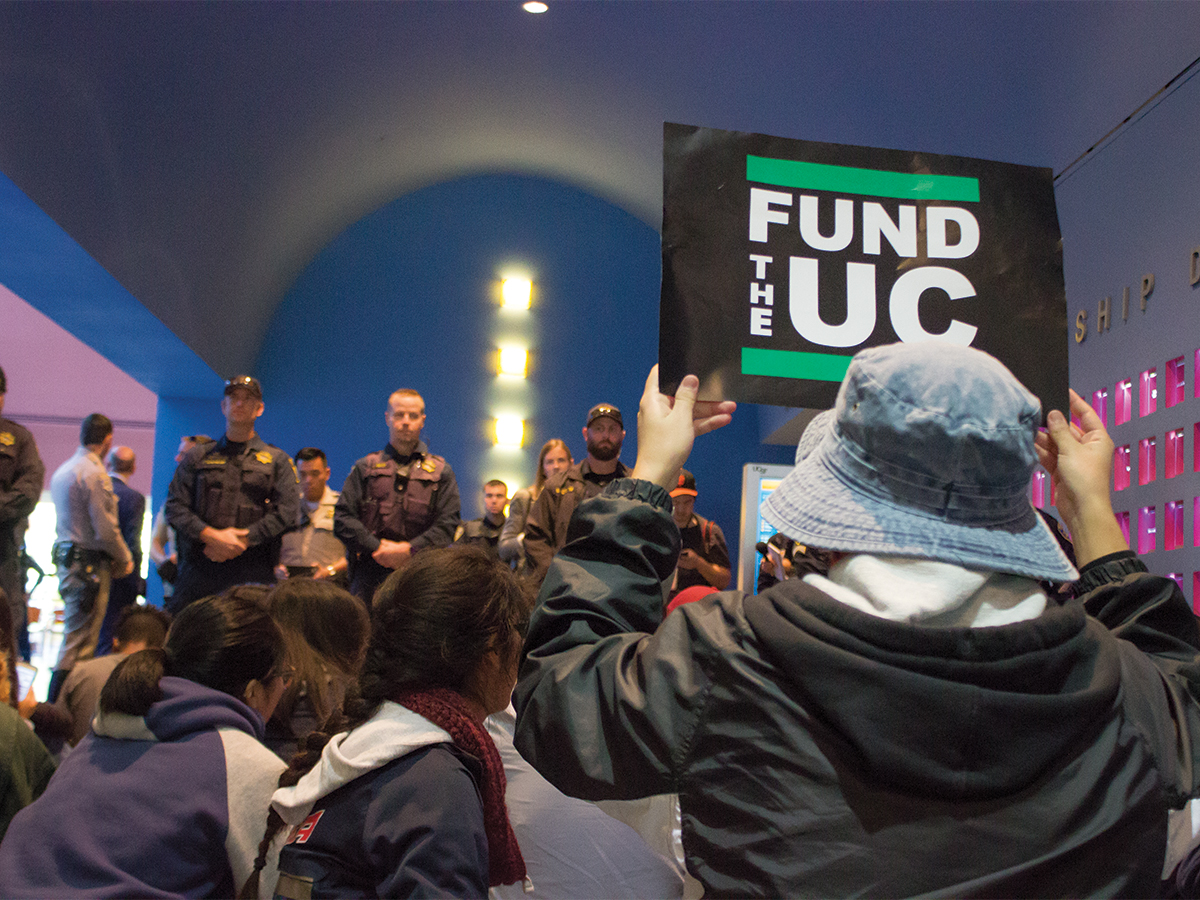 The planned hike will raise tuition by $280 for UC students and $270 for Cal States — The Board of Regents proposed the planned hike to cover the rising number of students enrolled in both systems; 83,000 since 2000, after a two-year freeze on tuition increases. The state has increasingly divested from both UC and California State schools dropping from 72 percent per student in 2000 to just 41 percent in 2015. The increase in price will include the construction of new buildings and the hiring of new professors. Different ways to cut costs are also being investigated, like establishing a three-year degree plan and reducing the number of required courses. The majority of the costs will be covered by financial aid for most students, Nathan Brostrom, UC chief financial officer says. The vote for an increase in tuition will happen in January.

The State of California has shrunk the UC budget since 2000 — The State of California has continued to lower the government’s financial involvement in UC and California State schools. In the 2000-01 school year, the state spent $24,644 per UC student but that has shrunk to $12,709 in the 2014-15 school year. In the Cal State system, the state spent $9,393 per student in the 2000-01 school year but now contributes $7,916 per student. The remainder is made up of tuition and fees paid by students.

For out-of-state students, UCR is the second-most expensive nationally — According to the U.S. News list for “10 Costliest Universities for Out-of-State Students,” UCR ranks second nationally in out-of-state tuition costs totalling $40,973 trailing only behind the University of Virginia’s $43,822 in 2016.