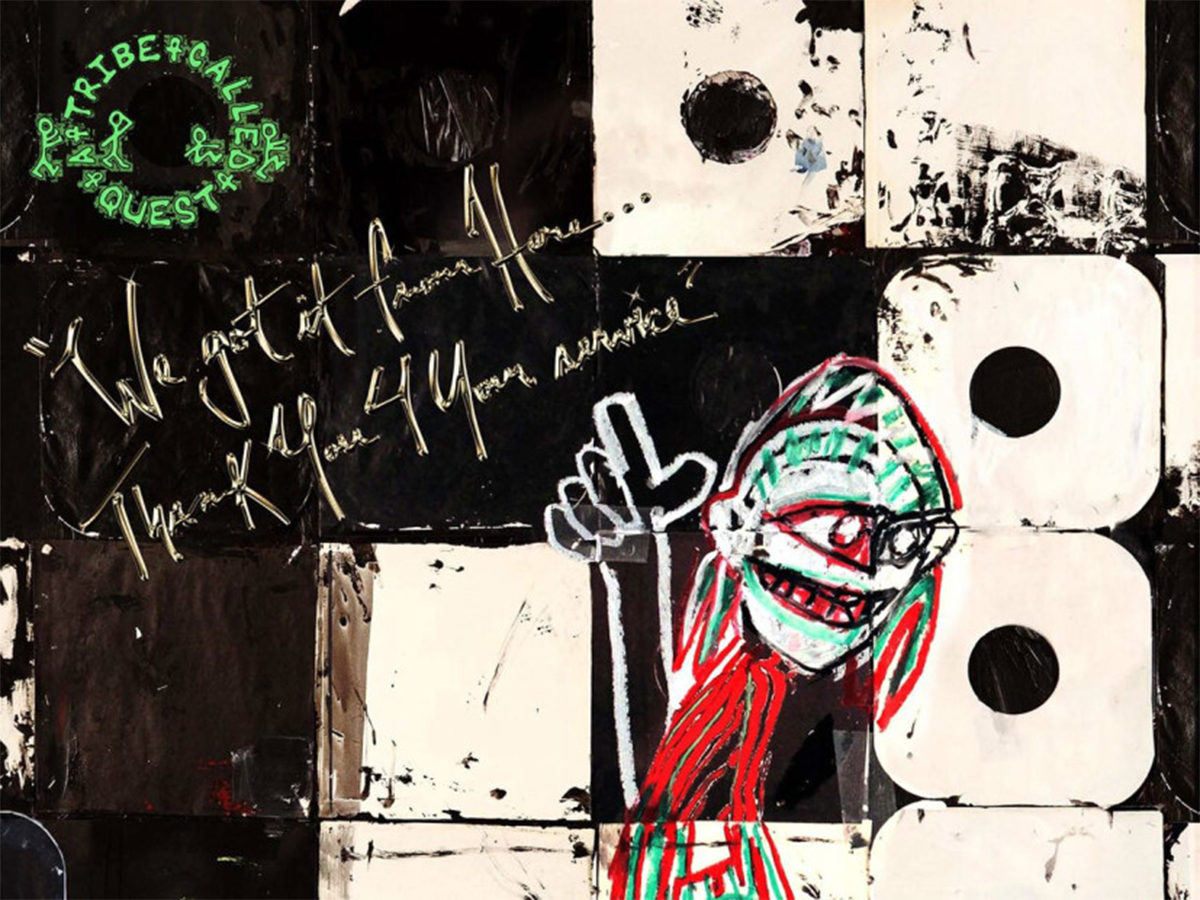 Legendary hip-hop outfit A Tribe Called Quest returns to the music scene after an 18-year hiatus with “We Got It from Here… Thank You 4 Your Service.” The record spans 16 tracks and features guest appearances from the likes of Andre 3000, Kanye West, Kendrick Lamar and other heavy hitters.

This last year saw the passing of key Tribe emcee Phife Dawg and as devastating as that memory can be for hip-hop fans, there is some light at the end of the road: “We Got It from Here” is a radiant comeback for the group.

The album fits in a strange place in the sea of contemporary hip-hop. While the album features Q-Tip’s classic golden age production and dulcet tones, there is evidence that Tribe has been keeping up with the times. The result is small doses of experimentalism on tracks like “Solid Wall of Sound,” manipulating Elton John’s classic “Bennie and the Jets,” to create a palpable wall of sound. Still, the album fits right at home in 2016, a year with plenty of creative minds in the genre that gives the iconic group a run for their money.

Given everything that has occurred since Tribe’s hiatus, their conscientious, politically charged nature comes as no surprise. On the opener, “The Space Program,” Tribe discusses gentrification of underprivileged communities via a SpaceX metaphor, all the while illustrating a need for unity and action, stating, “We gotta get it together forever … for brothers … for sisters.” The ending sample of Gene Wilder’s Willy Wonka is a nice nod to the late actor who, like Phife, was among the many greats we lost this past year. “The Space Program” smoothly segues into the heavily politically charged, “We the People…,” which serves as a scathing indictment of America. The track, boasting an incendiary hook by Q-Tip to put a spotlight on bigotry of all flavors, satirically declares that all “black folks … Mexicans … poor folks … Muslims and gays” must go.

But the album isn’t entirely focused on critiquing the negative aspects of the world. After all, Tribe are the forefathers of positive vibes in the hip-hop realm — they create the kind of stuff you bump to put yourself in a state of euphoria. Nothing here rivals the likes of classics “Can I Kick It” or “Electric Relaxation,” but damned if Tribe doesn’t put up some hits. There is a nice shout out to the rappers they call “gatekeepers of flow,” in the velvety smooth “Dis Generation,” specifically mentioning Joey Bada$$, Earl Sweatshirt, Kendrick Lamar and J. Cole — artists who embody old school sound and consciousness. Furthermore, on the tracks “Moving Backwards” featuring Anderson .Paak and “Conrad Tokyo” featuring Kendrick Lamar, Tribe delivers some noteworthy jams, showcasing how well the group meshes with modern hip-hoppers; .Paak’s soulful style and charm is wonderfully complimented by Q-Tip’s upbeat, guitar-accented production and Lamar shines in his rapid-fire verse set to a lustrous lounge music-inspired beat. The track “Kids…” sports the rare Andre 3000 feature and, let’s be honest, does Three Stacks ever fail to deliver?

Unless the world is blessed with more rarities or unreleased material, “We Got It from Here… Thank You 4 Your Service” will likely be the last time we get a new Tribe record. And that is OK. Tribe did what they do best and no one could ask more from them.