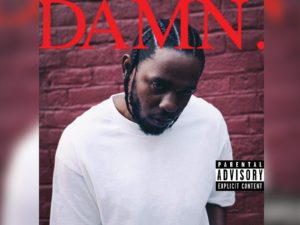 Yes. Pound for pound, Kendrick Lamar Duckworth (Kung Fu Kenny, K. Dot, whatever you want to call him) does it better than anyone else currently living and breathing. Of course this is all subjective so I’m not going to front and try to act like the key authority figure in this field, but I can’t stand around acting like there’s a soul out there who I think deserves the title of greatest rapper alive that isn’t Kendrick Lamar. I’m not going to review any of his albums — there’s no point and that’s not what this is article is about. I ain’t even gonna evaluate “DAMN.” as a whole. But I do want to address that despite particular appreciations or criticisms of those albums there are undeniable talents in each of his releases since “Section.80” pertinent to the rap game.

Kicking his rap profile off at the tender young age of 13, Kendrick’s amassed a total of five mixtapes, one extended play, one B-sides compilation and four studio albums under his belt. That culminates to a career spanning the course of 14 years — not much compared to the giants in the genre (Jay Z, Rakim, Snoop, etc.) but a substantial time to get his bearings and set him apart from the others. But it wasn’t until his debut studio effort, “Section.80,” that Kendrick’s name was on the map. Top Dawg’s secret weapon, a nasally 24-year-old emcee standing at 5’5,” would follow up the next year with “Good Kid, M.A.A.D. City,” a record that featured some of hip-hop’s most commercially viable and artistically significant artists. He was maturing not only as an artist with expanding tastes and creative grit, but also as a man who can’t help but reflect on his environment through his art. Kendrick left Compton but Compton never loosened its vice grip on him (or as Snoop Dogg put it more eloquently, “You can take the kid out the hood but you can’t take the hood out the homie”), evidenced by the constant references to the city and the milieu that birthed him. “To Pimp a Butterfly” exemplified the rare phenomena of an artist not only following the success of a masterpiece with another quality project, but following said masterpiece with one more bonafide masterpiece. If “Good Kid, M.A.A.D City” didn’t sell people onto him, “To Pimp a Butterfly” made sure that even the most stubborn of contrarians couldn’t doubt the Compton rapper.

Then there’s his latest release, “DAMN.” Speculation surrounding whom “The Heart Part 4” was targeting stirred hype up the ante for a new release from Top Dawg’s finest. Drake and Big Sean were the most likely targets but beyond rap beef there was a monster of a track. The Mike Will Made-It-produced single “HUMBLE.” was a banger soaked in glorious irony, genuinely dividing some Kendrick fans who feared he would be putting out anything less than the quality of his previous projects. Even still, over a week since its release date, “DAMN.” is his most divisive project — nowhere near bottom tier material, but when you’ve been making A+ work for years, anything less sends shockwaves of surprise.

Is this enough exposition? I hope so; I want to get straight to the point, because this question has never felt easier to answer. In an interview with Power 106 FM, J Cruz asked Long Beach native Vince Staples who he thinks the best rapper alive is. “Kendrick. Easy, it’s not even close,” he responded, disagreeing with Cruz’s position that Eminem deserves the title. It shouldn’t surprise anyone that a talented rapper of Staples’ caliber holds Kendrick in such high esteem as his contributions to the culture have been nearly unparalleled by anyone in the past century (operative word being nearly since, hello, Kanye West exists).

Piggybacking off of what Staples talked about, let’s operationalize greatness using a few categories: Lyrical prowess, vocal delivery, artistic creativity and thematic relevance. When it comes down to spitting bars, sheer wordplay and exceptional hooks, Kendrick’s got it down. Spin’s got an insightful article about some of his best verses if anyone needs a refresher on his history of mastery in the lyrical department. I sincerely do not want to list off songs where he goes in (let’s be real that would drag on for a while) but if we’re investigating his consistency with writing smart lines, “DNA.” and “XXX.” both testify to his enduring skill. Fuck it, “HiiiPower,” “Backseat Freestyle,” m.A.A.d city,” “Sing About Me, I’m Dying of Thirst,” “Wesley’s Theory,” “King Kunta,” “The Blacker the Berry.” Peep the lines on these few tracks and appreciate the wordplay because they speak for themself — dude’s on some Dr. Seuss type of shit if he was raised up in Compton and grew up on Tupac and Nas.

I know a lot of folks can’t help but be bothered by Kendrick’s nasally voice as it’s a very untraditional flavor compared to some of the other deeper, rugged voices hailed in hip-hop as dominant (Ice Cube, Method Man, Jay Z, etc.). I know that, but I disagree with it. Get over it, it’s his voice. In any case, Kendrick’s got a knack for playing around with the way his voice comes out on recordings (i.e. through post-production effects as with “Swimming Pools” and the end of “m.A.A.d. city”) but more importantly he’s got an infectious flow across nearly all of the tracks he’s put out. Take into consideration the tonal shifts that mark “The Heart Part 4” and “DNA.,” which come naturally through his incredibly measured and precise vision over his art. Segueing into the next category, suffice to say that if there was any auteur in the field of hip-hop music, it would be Kendrick. Kendrick is the Kubrick of hip-hop. They’re totally different, sure, but it feels right to say. Nothing in any of his albums feels out of place, unintended or overlooked. “LOVE.” is certainly a weak link off “DAMN.” but it makes sense in the context of the album. Looking back, the volatility, unique approach to pain and circumstantial difficulties, love and raw energy of “To Pimp A Butterfly” are something out of a dream factory.

Is Kendrick relevant? Yes. Will he be relevant in 10, 20 years? If racial struggles, or even poverty more generally still exist, then yes. Even if they don’t (they will, God bless America), the answer is yes. Kendrick’s sense of urgency on tracks like “u” and “i,” for example, speak to crises and trends that entire university classes can (and probably are) focus entirely on. He isn’t even on some corny, J. Cole “aw shucks” type of direction either, his earnestness is a result of his passionate disposition to speak on red flags of the human condition and societal malformations. And for the “DAMN.” naysayers that prefer his music to examine more than the self, it’s a direction that every artist needs to go through to truly develop.

No disrespect or disregard for those alive that paved the way for Kendrick, but as the state of hip-hop exists today — which is great by the way, shouts out to youth culture — Kendrick is the king: King motherfucking Kunta.