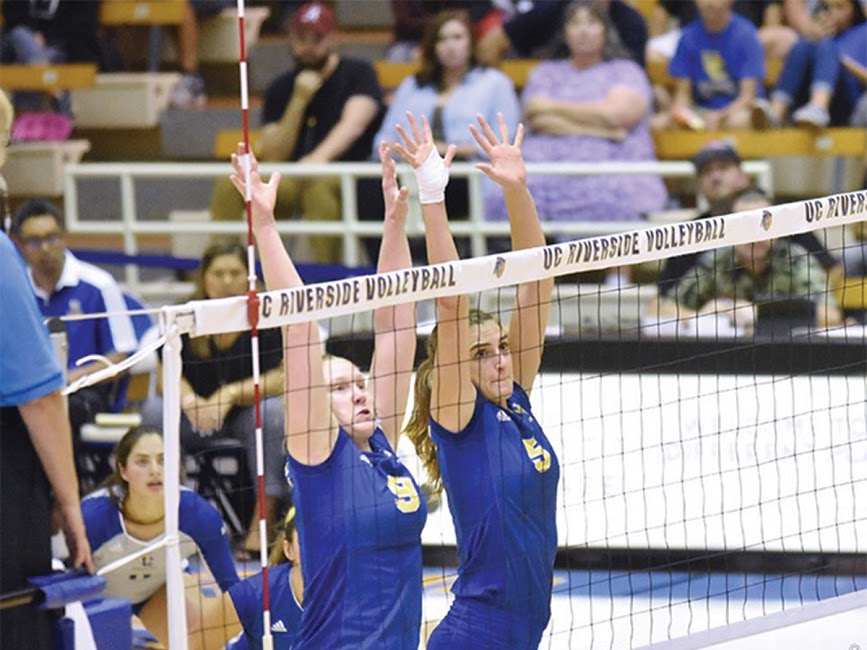 UC Riverside’s volleyball team (9-16, 1-12) was on the road against Cal State Long Beach (8-19, 5-9) on Friday, Nov. 10 for game two of the Highlanders’ three-game road trip. Going into the game, the Highlanders were looking to snap their six-game losing streak, but the 49ers had other plans.

The first set did not go the Highlanders’ way as the 49ers rallied five points to break the tie at 13. Long Beach would not relinquish the lead as they took the set 25-18. The Highlanders were able to recover in the second set as they were able to play with the intensity they honed all week in practice. After a tie at six, the Highlanders rolled off four straight points and never looked back as they closed the set 25-15.

The third set went to UCR as they capitalized on their momentum from the previous set. The 49ers did not go down easily though, closing the gap to within two points on multiple occasions before UCR senior right side hitter Brooke Callahan closed out the set with a pair of kills to win the match 25-22. The fourth set opened up in a lopsided fashion in favor of Long Beach, but the Highlanders clawed their way back into the set on an eight-point run to take the lead before the 49ers closed the set, 25-22.

The fifth and final set started with plenty of back-and-forth scoring putting both teams even at 3 apiece. The Highlanders were unable to dig deep enough to take the match however, as Long Beach mounted a four point rally to lead them to victory, 15-8.

UCR did not have any time to lament on the loss, given that they were back in action against Cal State Northridge on Saturday, Nov. 11 for their final game of the the road trip. Likely fatigued from their physically and mentally taxing match the night before, the Highlanders fell to CSUN 3-0.

The first set opened up with a six-point flurry from the Highlanders, but the Matadors mounted their own 9-4 run to tie the game. The teams were tied at 24 apiece when CSUN took the final two points to end the set 26-24. The second set was just as close as the first, as the Highlanders had to battle their way back into the set after being down 16-7. After tying the set at 18, the Highlanders were unable to take the lead as the Matadors closed out the set 25-22. The Matadors held a tight grip on the third and final set of the match, opening up 8-7 as they closed the set from there, 25-17.

The Highlanders have more opportunities to end the season on a positive note, as their final three games of the season will be at home. The first of those matches will be against Cal Poly San Luis Obispo on Friday, Nov. 17 at 7 p.m.