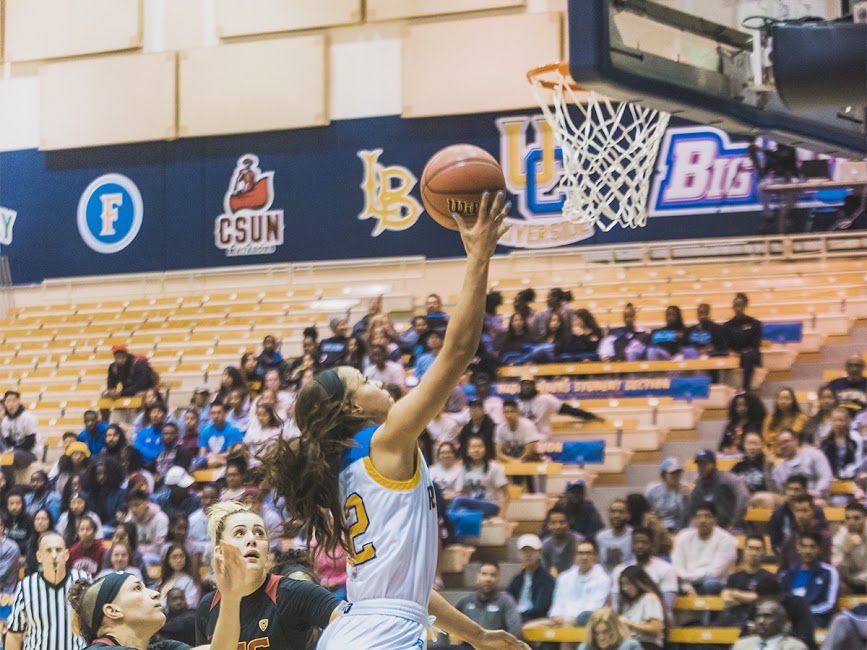 The UC Riverside women’s basketball team (1-3) finished one of the hardest weeks in their schedule by playing against both the University of Southern California and Stanford.

The Highlanders dug themselves in a hole early on against the Trojans, and were unable to recover, losing 64-46. After a little over five minutes into the game, UCR already found themselves down 17-1, committing a turnover on each of their first four possessions. Riverside committed more turnovers than USC (7 to 12), took fewer free throws (6 to 16), and were rebounded 13 to 21 in the first half alone.

The Highlanders really struggled to find stops against USC’s Aliyah Mazyck and Kristen Simon, as they put up 21 and 18 points, respectively. UCR especially struggled to defend 6-2 Simon, who was a dominating presence under the basket that attempted 15 free throws alone — compared to nine for the entire Riverside team. Senior Michelle Curry led the way for the Highlanders with 19 points on 7-of-15 shooting.

“We’ve got a lot of work to do,” Head Coach John Margaritis said on Wednesday, “I schedule these games against big-name schools (referring to USC and Stanford) to help us find out who we are. If we can compete with them, then good for us, if not — then we have a lot of work to do.”

Offensively, it definitely turned out to be the latter, as UCR trailed 24-6 with eight minutes left to play in the first half against Stanford. The Highlanders really struggled to score, shooting 24.3 percent as a team. On defense, however, the Highlanders allowed Stanford to only score 53 points throughout the entire game, which is the second-fewest the Highlanders have given up against a top-25 opponent in program history. The program record is 47 points allowed in a 50-47 win against No. 16 Vanderbilt on Dec. 6, 2008.

Riverside held the Cardinals to shoot just 18.2 percent on 6-for-33 in the second half, allowing UCR to end the game on a 10-2 run. It wouldn’t be enough in the end though, as they lost the game 53-43. Curry led the way with 15 points while redshirt sophomore Skyler Lewis set season-highs with 10 rebounds, only the second time she’s reached double figures on the glass.

The Highlanders next game is on the road against Southern Methodist University on Friday, Nov. 24.