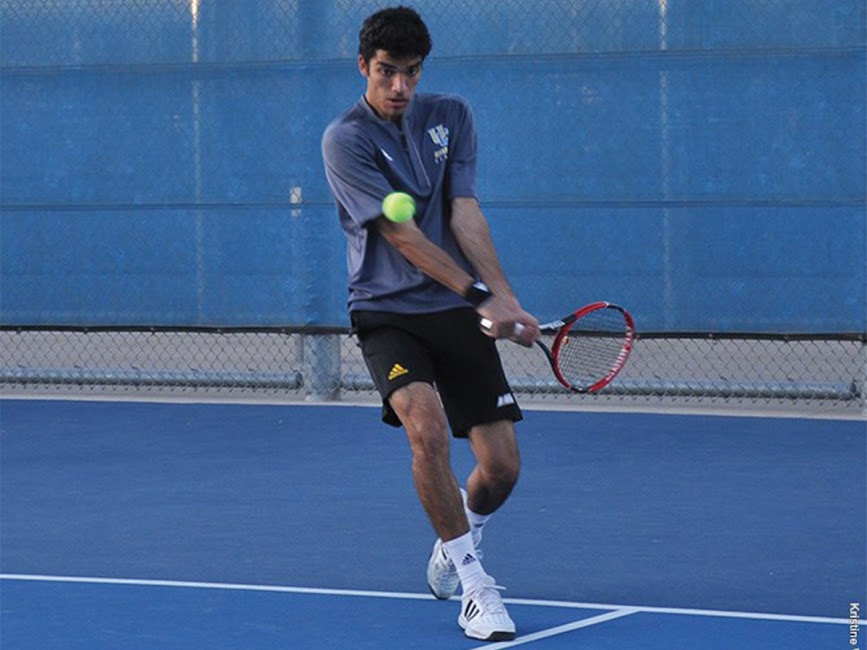 The Highlanders secured the doubles point by winning two of the three doubles matches. The winning teams for Riverside were junior Kyle McCann and freshman Filip Engstrom, as well as junior Anderson Ju and sophomore Nabil Abdallah. In singles play Riverside was dominated by UNLV who won five of the six singles sets. UCR’s lone win came from Abdallah who was 6-0 in singles competition prior to their match against Weber State University.

The men’s team went winless in a double header on Saturday, Feb. 3 against Weber State and New Mexico State University. Against Weber State the Highlanders put up a good fight, winning four of the nine sets, but still lost the match, 4-2. UCR split the singles sets 3-3 but came up short in doubles play where they lost two out of the three sets which ultimately cost them the match. Abdallah lost his first singles match of the season to Weber State sophomore Michiel Van Schoor. The Highlanders also lost to New Mexico State University 4-2 later that day.

Fullerton took a one-point lead after earning the doubles point by sweeping all three doubles matches. The Titans also won five of the six singles matches against the Highlanders to secure the dominant victory. The lone win on the singles side for Riverside came from freshman Tia Elpusan to make her 2-1 in singles play in the season.