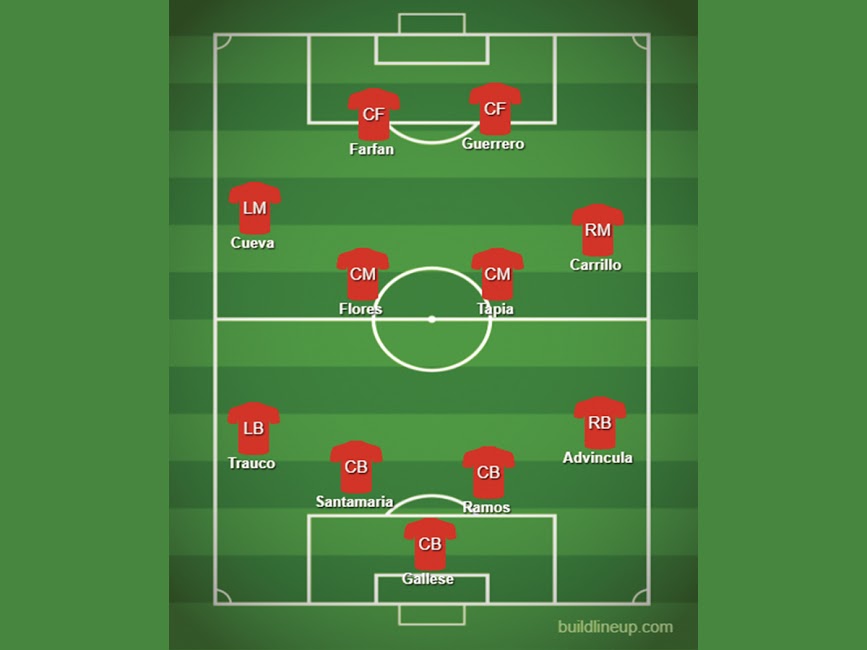 Ruidiaz, top scorer in Liga MX for two seasons in a row, plays for humble club Monarcas Morelia of Mexico. In a league where players such as Gignac of France and Hurtado of Colombia compete with much more powerful clubs, Ruidiaz has been capable of making something out of so little. Idolized in Morelia, Ruidiaz won the league’s golden ball for best player, best striker and best goalscorer in 2017. However, for Peru, Ruidiaz has yet to leave a lasting impression. The 27-year-old is often overshadowed by fellow striker, Paolo Guerrero. Ruidiaz has the opportunity he needs to demonstrate he can be as good as he is for club for his country.

Standing at 5 feet 6 inches, Cueva’s low center of gravity allows for him to navigate quickly through the field while also maintaining the ball close to his feet. Cueva can be described as quick and witty, with a great change of pace used to rid himself of defenders. Playing in his first World Cup, Cueva will seek to be one of the tournament’s most exciting players given that he has all the traits to be so. Not only will he look to take his team far in the tournament, but he will also try to give himself exposure to European teams which often scout during the World Cup. At just 26 years of age, Cueva is not yet past his prime which means a move to Europe is still a realistic possibility.