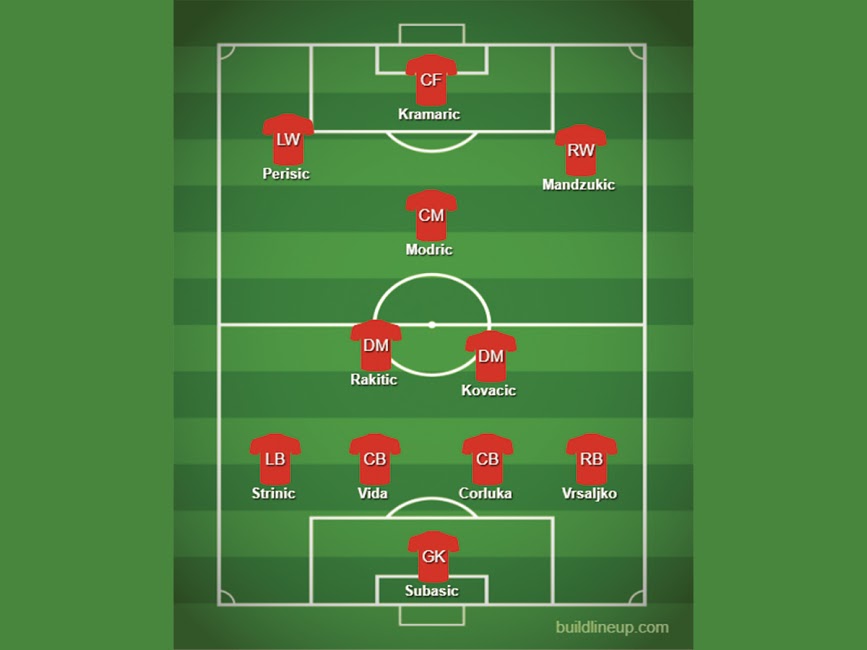 When thinking of Croatia’s best midfielders, the players that most name are Luka Modric and Ivan Rakitic. Both, however, are over 30 and will be playing in one of their last World Cup tournaments. Mateo Kovacic on the other hand, is only 23 and has yet to play in the tournament. Kovacic has grown into a key player for Zidane at Real Madrid by always responding when the French manager needs him. Kovacic is known for his great passing ability, defensive contributions and technique. Under the guidance of Modric and Kroos at Real Madrid, Kovacic is certain to become world class within the next four years. Russia will allow for Kovacic to demonstrate what he has learned so far from his superiors at Real Madrid.

At 29, Perisic will possibly be playing his last World Cup tournament. The 6’2 left winger plays for Inter Milan where he often displays a great ability for placing crosses inside the box and outstanding pace. Although he is not considered an excellent player, Perisic is consistent for Croatia. Having played two EURO tournaments and a FIFA World Cup, Perisic always steps up on the national stage. Should the Croatians display a good exhibition of soccer, Perisic is certain to be one of their key players this summer.

Prediction: 2nd in group , Round of 16 elimination.