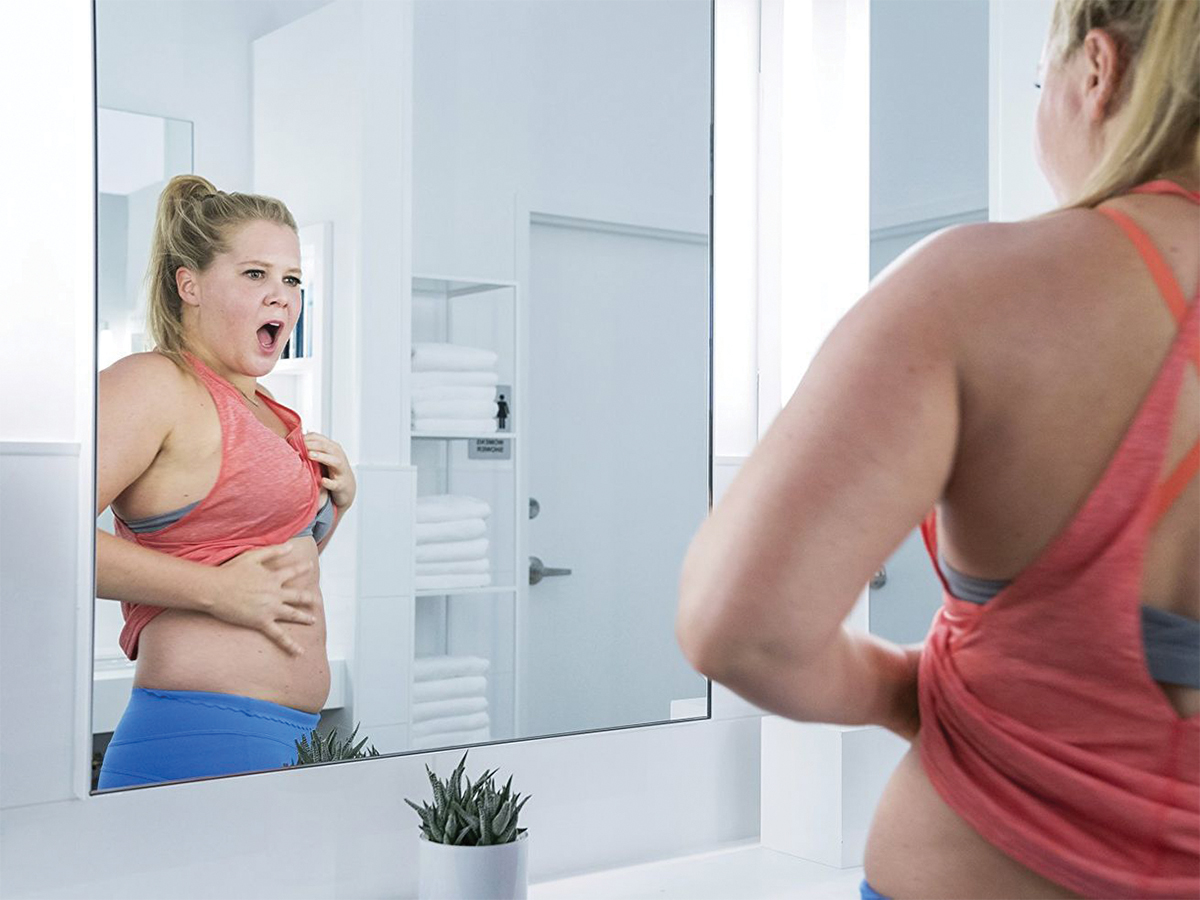 Love or hate her, Amy Schumer’s ascent to comedy stardom should come as no surprise to anyone. The brand of self-deprecatory stand-up comedy she has become recognized for, which has always paralleled her male counterparts’, is low common denominator entertainment, coupled with a raunch factor and unabashed demeanor to sharpen the edge that already singled her out. This was an earnest period in the comedian’s career where the word “funny” could accurately describe her material, before the dullness and joke theft set in. If not for the wide appeal of her feminist platform, she may have fared much worse in the entertainment industry and not been given the opportunity to star in hit films like “Trainwreck,” “Snatched” and, most recently, “I Feel Pretty.” It’s a shame, really, that she’s not only managed to fail at being funny for so long, but she’s also managed to miscarry her position as the feminist icon so many have framed her to be.

“I Feel Pretty” is the latest Schumer comedy vehicle with aims at social commentary, and though its thin veneer of body-positive virtue signaling suggests more on its mind than the average romp, the reality is a sloppy film with incongruous confidence. It’s the directorial debut of screenwriting duo Marc Silverstein and Abby Kohn (“Valentine’s Day,” “The Vow,” “How to be Single”), which lends at least some credit to Schumer herself, who served as a producer and plays the lead. Poor casting choice aside, she is hardly the main target of ire here.

The plot here is one told many times over, though through different means. Renee (Schumer) lacks confidence in herself, constantly inundated with reminders that she doesn’t check off every mark of ideal Western beauty standards. Inspired (in admittedly clever irony) by the wishmaking of a young David Moscow in the 1988 film “Big,” she tosses a coin in a fountain in hopes of becoming beautiful. The next day, an accident during a SoulCycle class warps her perception, flipping her self-doubt into self-love. “I’m beautiful!” she cries, and while this newfound confidence aids her love life and lands her the dream job of receptionist at the makeup company she previously did tech support for, her surface-level understanding of beauty convolutes her relationship with friends and her own self.

For what it’s worth, the messages in “I Feel Pretty” are well-intentioned. So, should this film be cut some slack because it agrees that there’s more to people than how attractive they are? Not really. On all levels, “I Feel Pretty” is a tepid husk of a film whose GAP commercial-type platitudinous stance on gender inequities crumble the instant they near actual insight. The screenplay Silverstein and Kohn penned is so nearsighted it’s hard to believe this film was, from the onset, a genuine attempt at empowering people with legitimate self-esteem issues.

Are we really — like, really, really, like no bullshitting really — supposed to buy into this focus-tested pandering so much that we should glance over how bafflingly contradictory it is that the character’s “big speech” about body positivity pays lip service to a corporation perpetuating toxic beauty standards? It’s a toothless spiel from Renee’s mouth at best, a glaringly huge lack of self-awareness from the writers that adds more to the problem at worst. If the aim was to poke holes at the character’s absurdly airtight conviction that physical attractiveness is the basis of beauty, the transgressions in mocking this film’s idea of conventionally unattractive women fail to be funny or insightful. It’s painful to reflect on the $32 million that went into pushing out a film with ideas this absurd. If “I Feel Pretty” is anything like Renee’s newly transformed, confident self, it’s all the more a hilarious read.

As shocking at is may be, Schumer herself is the best part in this film — which, of course, says very little. Setting aside personal disdain, she displays some chops at physical comedy that some may get a kick out of. Maybe. Probably not, because the physical comedy is poorly constructed; what she does offer, however, is a suggestion that she is comfortable taking lessons from the physical comedy school of Lucille Ball.

Verdict: “I Feel Pretty” might have had some scrap of integrity early in the writing process, but the final product is a joke of a social commentary, and as much a comedy film as a tickle fight is an attempted murder. It’s hard to imagine this appealing to anyone other than people who aren’t acquainted with the fact that even those lumped outside of socially constructed notions of beauty are (surprise!) human, too. It’s what on the inside that counts, and “I Feel Pretty” is not a good movie.