The Highlander Editorial Board has elected not to endorse either candidate for president, as the Board could not come to a unanimous agreement on an endorsement. Regardless, in the case of either candidate’s victory, The Highlander looks forward to working with ASUCR’s next president to ensure the accountability of our student government representatives and providing accurate, up-to-date news for the campus community.

Johnathan Li, Executive Vice President: We endorse Johnathan Li for the position of executive vice president. Li is an experienced candidate for the job, serving in the past as ASUCR’s vice president of external affairs, senate secretary and president pro tempore. Further, he has an extensive record of accomplishments to show for his time, such as starting the Clicker Checkout Program and the Motorist Assistance Program. His long record of serving the campus is a clear indication of what he will continue to offer students as their executive vice president.

Austin Mok, GCAP Director: We endorse Austin Mok for the position of GCAP director. Under Mok’s previous leadership as vice chair and director, the Green Campus Action Plan has supported some much-needed environmentally sustainable projects, produced clear improvements to the campus and offered many opportunities for student involvement and leadership. Mok has also been visible and communicative with the students about GCAP’s progress, and his campaign to serve again as GCAP director demonstrates his willingness to maximize his time as GCAP’s director and expand what it can offer the campus.

Jordan Steinhauser, Personnel Director: We endorse Jordan Steinhauser for the position of personnel director. Steinhauser has extensive experience with dealing with screening and hiring students through her time in ASUCR as executive assistant to current Executive Vice President Carisha Moore, and articulated the importance of encouraging and increasing opportunities for student involvement on the campus during the debates last Wednesday. Her experience and her vision for increasing student involvement and improving the atmosphere of the campus will be instrumental for fulfilling the duties of the role.

The Highlander Newspaper endorses the following candidates for the ASUCR senate:

Out of the many candidates running for senate, these individuals have set themselves apart as the best ones for the job. They have demonstrated not only a clear understanding of the challenges that they will face as senators, but also the obligations that they will have to the student body. Their platforms list clear issues that they wish to tackle as senators as well as offer clear and realistic solutions that they can implement to ameliorate said issues. While there are many qualified individuals among this year’s candidates, the group we have chosen have solid ideas, a selfless passion for serving and leading the campus and a willingness to go the extra mile, earning them our endorsement.

Readers can view the full list of senate candidates in Issue 23’s elections guide or online.

We endorse all three referenda on this year’s ballot: The Highlander News Referendum, the Highlander Empowerment Referendum and the Green Campus Action Plan (GCAP) Referendum.

Of the three referenda on this year’s ballot, the most essential one for The Highlander Newspaper is the Highlander News Referendum. We believe in the preservation of independent media in an era where faith in media is deteriorating and misinformation, which is now more easily spread than ever before, threatens to undermine clear thinking, meaningful conversation and truth. Over the 64 years we have served this campus, we have strived to offer the campus a news source they can rely upon and keep the administration, student government and students accountable. This is more important than ever before on a campus where transparency is at a premium and students need to be informed about everything that’s happening on their campus through a trustworthy, student-run news source.

We are also the primary source of journalism and journalism experience at a university that lacks a journalism major, providing opportunities for writers, graphic designers, photographers, reporters, comic artists and videographers of all backgrounds and experience levels. If this referendum passes, the funding from the small $1.00 increase in student fees will help us to stay afloat and manage rising costs, such as HUB maintenance fees and printing costs. In time, we hope to expand our multimedia coverage and increase the opportunities that we offer students, putting more individuals on the path toward media careers.

If passed, the Highlander Empowerment Referendum will help fund the ethnic and gender programs, all of which provide many resources for our diverse campus and which help countless students, and will also help fund Undocumented Student Programs. All of these programs are extremely helpful and necessary pillars of our communities. Thus it is essential that they are able to not only expand the services and resources that they offer, but to also increase their involvement with the campus and the opportunities for student involvement and leadership they provide. The simple $2.00 increase in fall 2020 that the referendum asks for will benefit the entire campus.

The GCAP Referendum will help the GCAP continue pushing UC Riverside toward environmental sustainability and further their goal of achieving carbon neutrality at UCR in 2025. Should this referendum pass, the GCAP referenda will be rephrased so that its fee distribution will include food security, thus helping to deal with a very prevalent problem on this campus. 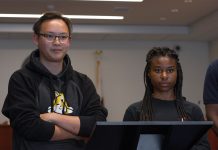 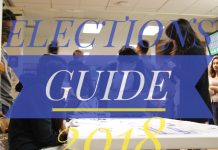