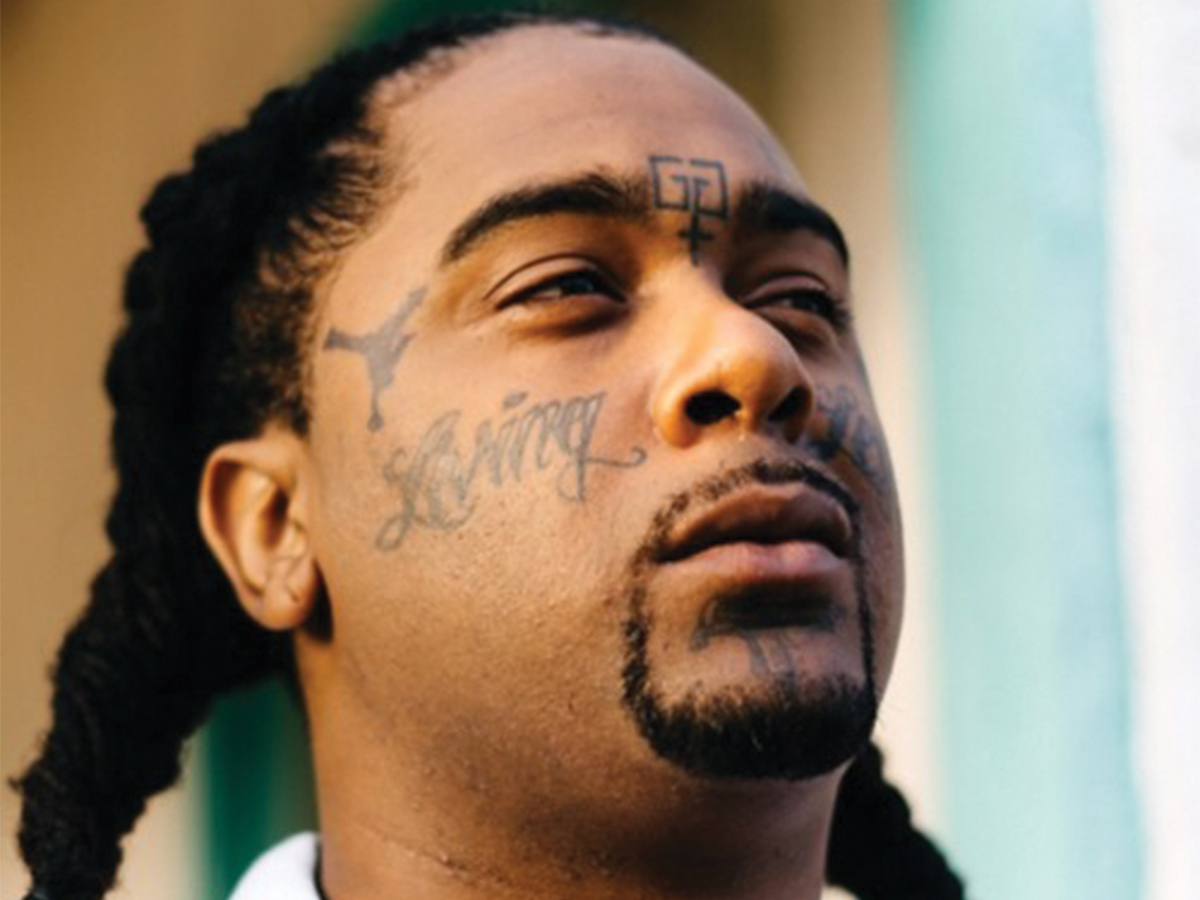 Walking through the parking lot of Santa Ana’s The Observatory, a familiar aroma wafted between car to car. A cocktail of blunts — the distinctive smell of a Backwood was hard to miss — and joints and liquor and cigarettes and, if you got close enough, the subtle fruity smell of lean, trailed out of the lot toward the venue where the rapper 03 Greedo would be performing. It was a party out there, or rather a cluster of micro parties, all in celebration of the second show on The Wolf Tour. For any other artist, a post-album release tour is nothing special or out of the ordinary. But very little about Greedo is ordinary.

Sentenced to 20 years in prison for gun and drug charges dating back to 2016, Greedo underlined the bitter truth in a lamentative tweet, saying, “Never thought id (sic) have to retire the year I blew up. But shit was fun,” moments after apologizing for letting his fans down. He’s right, too: 2018 really was his year, and there’s no shortage of articles proclaiming him to be the next big thing out of LA — Rolling Stone named him an artist you need to know and The Fader hailed him as one of the 10 artists to fall in love with this past spring. His debut album on a record label, “The Wolf of Grape Street,” remains one of the strongest releases of the year, with his nasally cadences bouncing off an eclectic range of beats from some of LA’s hottest producers like BeatBoy and RonRon The Producer.

Currently, Greedo stands alongside other LA rappers and R. Baron associates Shoreline Mafia, Rucci and the now-jailed Stinc Team, as well as the Bay’s SOB x RBE, as the snarled faces spearheading a new path in the West Coast rap lineage. With less than two months left as a free man, his farewell tour had its horizons set on greatness.

Greedo took the stage to be met not only by a full house of adoring fans both in the crowd and on-stage, but also by an irritating set of technical difficulties. It was tolerable, if not understandable, the first time. But when it became evident that his DJ couldn’t let a song flow long enough for him to finish, interrupting the song by transitioning to another, the discontent was palpable. Audience boos and side chatter wondering what the problem was put the pressure not only on the apologetic DJ but on Greedo himself, who threatened to fire her on stage (soon after the show, Greedo took to Instagram to claim he fired her).

Frustrating as it was, the chance to catch him at one of his final shows before he’s behind bars evaporated the frustrations among the crowd. You know an artist is the real deal when not even infuriatingly consistent technical difficulties can derail the party. Halfway into the set, Shoreline Mafia’s OhGeesy joined Greedo on stage, partially assembling the Avengers of the LA rap scene. For an artist with so many songs released to his name, and a purported hundred-something more, the format of the set — sticking mostly to hooks save for a few full-length cuts like “Breaking News” and “Never Bend” — was ingenious. Or, it could have been an incidental repercussion of a song-skipping DJ. Whatever the case, the audience showed no shortage of love for Greedo.

So the show was great. But Greedo deserves better. Whether it’s an uneventful show blundered by lighting and mixing issues or Youtube commenters lacking any understanding of the rapper’s unique expressiveness, Greedo’s status as a literal living legend is rebuked far too often — as though his tattoo was anything other than a proclamation of this status. God willing, the world will get to hear more music from the Wolf of Grape Street during his stint in prison.