Highlander
Home Radar Movie Reviews “Solo” doesn’t disappoint fans, but it doesn’t do much else 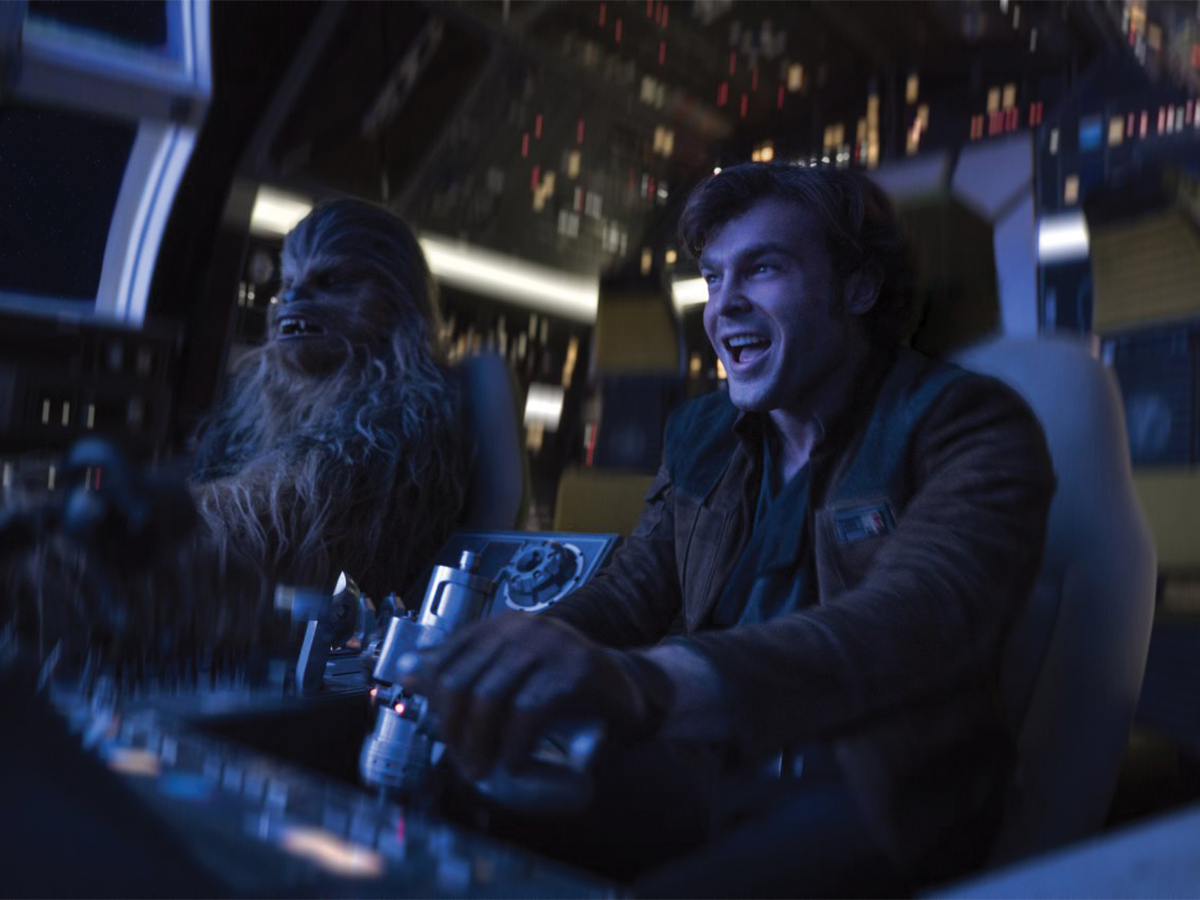 If you held the same views as myself, and hundreds of thousands of other Star Wars fans, “Solo” was a very dicey proposal. In the year and a half leading up to the film’s release there were multiple script changes as well as creative differences that eventually led to the firing of directors, Phil Lord and Christopher Miller. Not to mention that the trailers released prior to “Solo” hitting theaters were all extremely underwhelming. Top it all off with the fact that a stand-alone Han Solo movie is probably the most unappealing idea for a Star Wars film ever and you have me going into the theater with very low expectations. After seeing “Solo” I can now confidently say that the movie exceeded my expectations, if only by the bare minimum.

The cinematography for the first 30 seconds of the film is surprisingly well done. After the movie begins by giving the signature Star Wars space letters monologue, the screen fades to black and is jump-started to life by sparks as the film’s namesake hotwires a vehicle to make his getaway. Frankly this ends up being the most noteworthy takeaway from the entire film, which speaks magnitudes for the rest of the film. This isn’t to say that it’s a horrible experience, the film just never manages to be anything more than passable.

A prime example of this mediocrity is Donald Glover’s portrayal of Lando Calrissian, which was almost universally the most anticipated aspect of this film. What audiences expected, from both the previously established character and some of Glover’s previous roles, was a performance that would allow him to stand out as a charismatic and eccentric fan favorite, but for the most part that’s simply not the case. Throughout this film it feels as if Lando is just there, and while I will admit that there was not much of a character to work with in the first place, I can’t help but be disappointed that Glover’s personality never comes across in this film. I’m not expecting a Troy Barnes from “Community,” where Glover played a quirky and clueless jester, but in “Solo,” Glover simply feels replaceable by bringing nothing to the table.

Speaking of pointless segments of this movie, there’s L3 (Phoebe Waller-Bridge), who takes up the role of obligatory, sassy self-aware droid, that solely exists as comic relief after the positive response to K-2 in “Rogue One.” I can appreciate the creativity behind her snarky, SJW-parodying comments, but the actual humor is more of a novelty and doesn’t find much success. The space battles are okay, with the first heist on Vandor being the best action sequence. The initial meeting of Han and Chewbacca is nice, but again it’s very bland and not much else.

One of the outlying problems with Solo is that it fails in the department of fan service. Usually, sci-fi and comic movies suffer from going overboard with callbacks to older movies, but when it comes to “Solo” this leads to it being stripped of the life of the Star Wars franchise. This is the main reason why a lot of key moments, which in a better executed movie would lead to fanboy goosebumps, just fall flat.

And of course, there’s the elephant in the room, Alden Ehrenreich as Han Solo. Many fans questioned whether he could measure up to Harrison Ford’s iconic performance of the role, especially following his character’s untimely death in “The Force Awakens.” I would say “spoiler warning” but honestly, if you haven’t seen one of the most successful movies of 2015, which came out over two years ago, you don’t really have a right to complain about being spoiled. As for Ehrenreich, I’d say he passes, but not as Harrison Ford’s Han Solo. The Han in this movie is a much greener and less cynical one, he hasn’t development into the veteran swindler we’ve come to know and love, so comparing him to Ford’s character just isn’t fair. In fact, the worst highlights of Ehrenreich’s performance are when the script forces him into playing Ford’s character. The intent was to show a slow progression into this role of intergalactic outlaw, but instead we get random and out of place lines that really don’t serve any purpose than to cause cringe.

Verdict: “Solo” isn’t the dumpster fire you were expecting, but it’s definitely not the big summer movie you’ve been waiting for. Fans will be sated until Episode IX, while newcomers will have a decent time at the movies.