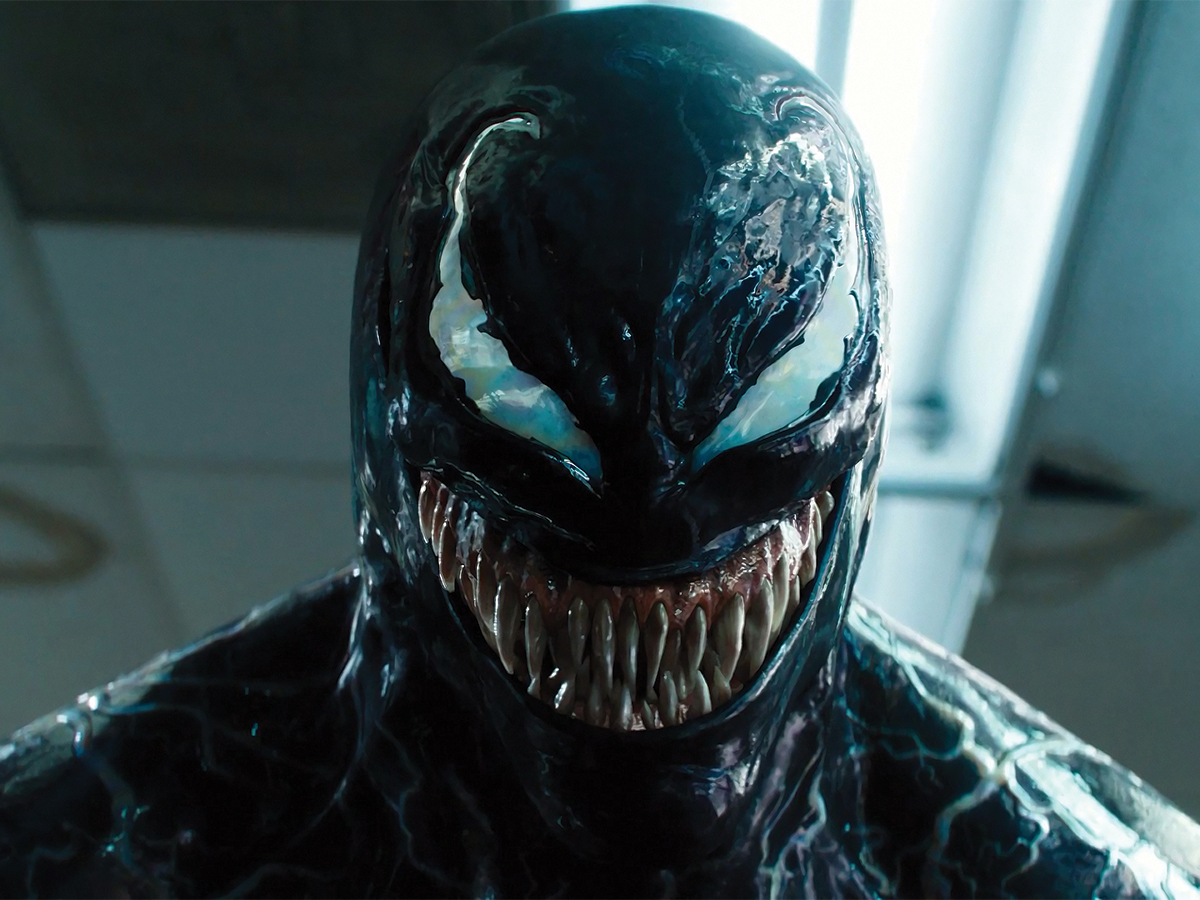 As I sit down to write this article (directly after I left the theater), “Venom” currently sits at a 31 percent on Rotten Tomatoes and a 7.1 on IMDB, with the former (which despite what the following paragraphs may lead you to believe) being a pretty accurate reflection of the overall quality of the film, while the latter makes me lose my faith in the future of humanity as a species. But even with bad critical reception, I can confidently say that “Venom” is an enjoyable movie, not as the dark thriller of an antihero story that the trailers actually promised, but as a weird, twisted romantic comedy.

This movie is genuinely hilarious, and for anyone that does eventually watch it, which I do hope is either by DVD rental or online streaming (because this movie isn’t even worth two of the 10 bucks that go toward seeing it in theaters), your enjoyment of this film relies entirely on how you approach it. Be warned that the remainder of this review contains spoilers for the entire film, but again, if you actually care about the movie’s plot and its contribution to the Spider-Man mythos you’re setting yourself up for inevitable disappointment.

The introductory thirty or so minutes are hardly noteworthy, if at all memorable. After a small sequence involving a rocket’s crash landing and an alien symbiote’s escape, we meet Eddie Brock and learn about his popular investigative journalism series. Long story short, Brock attempts to expose a CEO conducting sketchy and unethical experiments. This CEO is Carlton Drake, the main antagonist of the film who’s studying the effect of symbiotes on human hosts for unexplained reasons. His motivation is never really clear, and it becomes even more confusing when he aids an attempted alien invasion (even though his apparent goal at the start of the film was to save humanity). Fortunately, after this extremely boring set-up, a series of events unfolds to unite Eddie Brock with another symbiote (which calls itself Venom). This is the point at which the movie really kicks into gear and comes into its own as the beautiful, chaotic mess that it is.

As soon as Eddie merges with the symbiote, the movie devolves into a weird, diluted parody of “Upgrade.” But unlike “Upgrade” (which was a boring, shitty 90s action movie that somehow found itself in 2018), “Venom” has some enjoyable moments and a few takeaways.

The action sequences are enjoyable for what they are, with the car chase scene from the trailer being particularly compelling. There’s a very 90s Batman-esque moment (where the symbiote helps Brock’s motorcycle make a sharp turn) that’s very satisfying to watch. The final fight between Venom and Riot is OK at best. The action sequence suffers the same problem that the Transformers franchise did, the problem being that the lack of color contrast made the giant CGI fights look like a jumbled mess. Venom is black, Riot is slightly less black (almost a gray), and combine this with the fact that the fight takes place at night and you can see how the scene is a bit hard to watch.

The entire film’s pacing is so wonky that every scene feels like a slapstick comedy skit– one minute Eddie Brock is scarfing down a half-eaten chicken drumstick he found in the garbage and five minutes later he’s storming into a high class restaurant to submerge himself in their lobster tank while fully clothed. It’s a surreal experience, not to mention the ultimate meme that is this movie’s ending, where Venom bites off a store mugger’s head as the cashier watches silently. Even the classic Marvel post-credits scene in this movie just feels so far from reality that I genuinely have no idea what tone this movie was going for.

This scene is very short, but it pretty much encapsulates what this film is. Eddie Brock goes to a prison to interview an inmate under maximum security. This serial killer is none other than Woody Harrelson in a Raggedy Ann wig, who has one of the most awkward dialogue exchanges in the entire film. His final line teases the possibility of a Carnage sequel, which considering the peculiar situation of who exactly has the rights to Spider-Man, may never happen.

Verdict: “Venom” is a genuinely terrible movie that’s a slap to the face not only to its source material, but to longtime Spider-Man fans (especially after “Homecoming” reminded audiences just how good a Spider-Man film can be). I would never recommend seriously watching it. However, if you’re looking for some quick laughs and fun with friends on a boring Friday night, “Venom” is just the right thing.