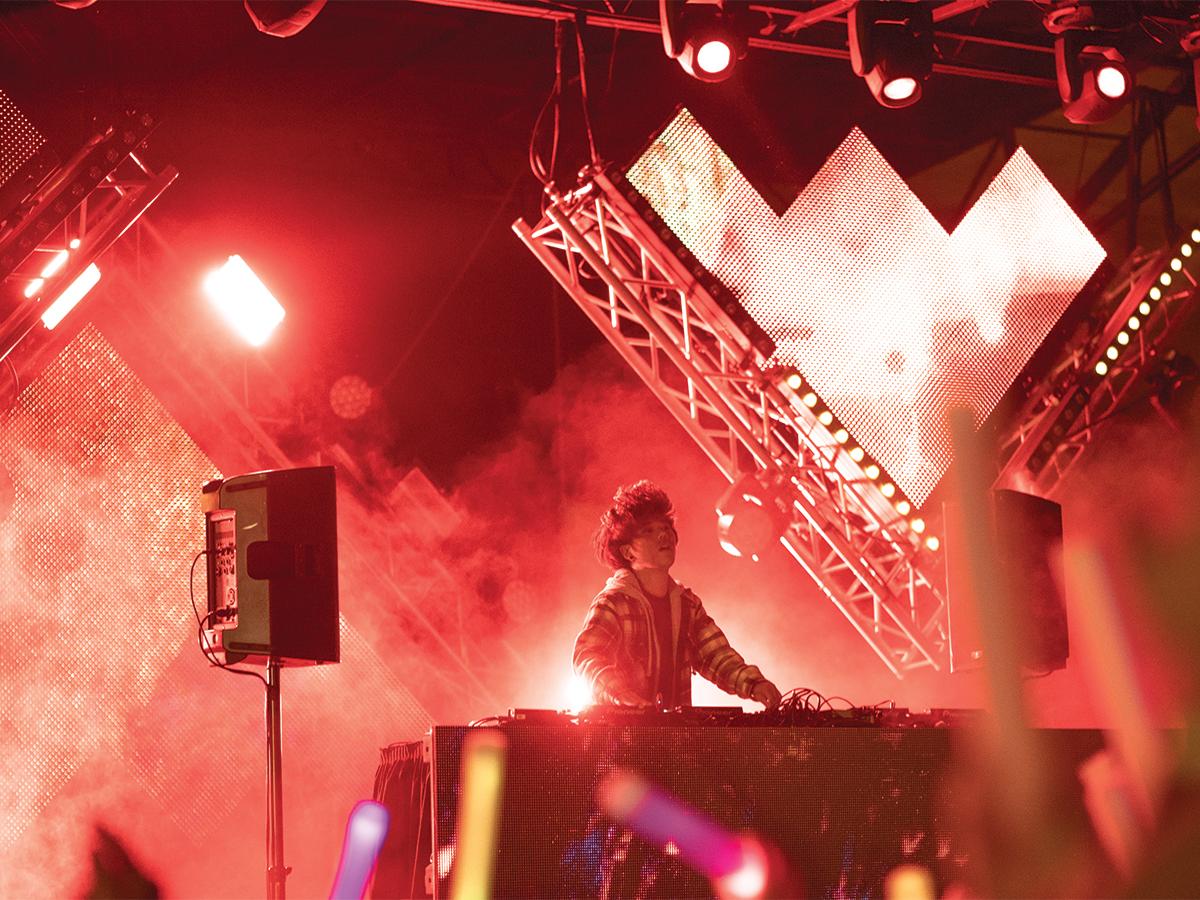 In theory, a free concert can do no wrong, or at least that is what one would think upon initially choosing to attend UCR’s annual Bonfire – a concert dedicated to commemorate UCR’s homecoming weekend. Ultimately, staying back in the comfort of your dorm or home can be more eventful than attending something as seemingly harmless and surefire as a free concert.

Ever since Bonfire 2016, which was spearheaded by EDM DJ Ekali, and then followed up by Elephante in 2017, it’s clear that Bonfire is directed towards an audience that has an affinity for EDM music. This is strengthened by 2018’s lineup which consisted of two EDM artists/DJs in Yetep and Graves. While they did put on good performances in their own respects, if you don’t like EDM, it’s not like hearing it twice in the same night is going to make you like it any more.

If you were unfortunate enough to squirm into the epicenter of the crowd at Bonfire, you’d be greeted by a sopping, wet soil that showed no mercy on your clothes, as well as the muddy glow sticks that were picked off the ground and sequentially chucked into the air onto innocent concert-goers’ faces. Even if you could overlook this aspect of the pure concert experience, then you would be hard-pressed to enjoy the aspect of the crowd being 50 percent non-consensual mosh pits, which can only be described as a gangbang of shirtless fraternity members throwing fists and lowering shoulders into unsuspecting bystanders.

The sad thing about all of this, is no matter what demographic you fall into, there was some form of disappointment you likely underwent. If you were the majority that were just going to Bonfire with low expectations and just wanting to have a decent concert experience, then the mosh-pits,  and unprecedented 30 minute basketball rally intermission were sure to disappoint you regardless of your standards. Nonetheless, there still remains a minority of those who appreciate that aspect of school spirit and pride, and went into Bonfire with open arms regardless of line up, or a bland stage production. What they likely didn’t appreciate was the complete omission of the entire Bonfire theme. As consequence of the recent fire hazards, fireworks and the entire bonfire itself were abandoned in order to remedy any sort of risks relating to fire; thus, rendering any sort of school pride all but nonexistent.

Ultimately, this isn’t to bash those who feel like they had a substantially good time at Bonfire, and those listed deficits could be seen as enjoyable to others for whatever reason. However, going into Bonfire with already low expectations, and still feeling unfulfilled overall is enough on its own to make one skeptical of mid-quarter free concerts. With an overall substandard experience, this concert amounted to nothing more than a G-rated Riverside Rave.