Highlander
Home Radar Movie Reviews “The Best of Enemies” is an overly simplistic depiction of a complex... 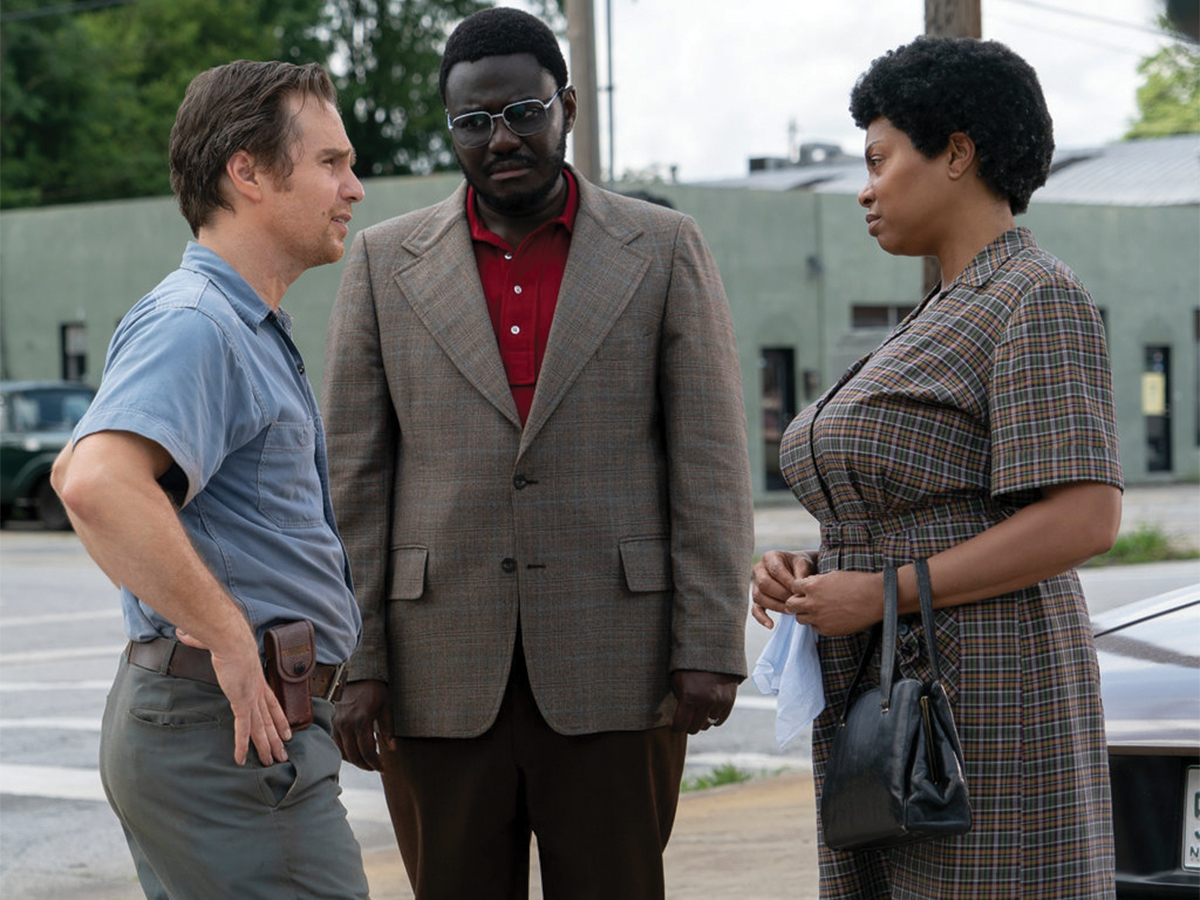 “The Best of Enemies” takes us through a trip in history to witness the unimaginable friendship between a civil rights activist and a KKK leader in Durham, North Carolina. While some friendships are built on sunshine, picnics and daisies, others are established on a foundation built on racial disintegration, anger and fear. The latter appropriately fits the description of the bond held by Ann Atwater (Taraji P. Henson) and C.P. Ellis (Sam Rockwell).

With assistance from writer and director Robin Bissell, we slowly navigate through the two-hour long narrative that forces two juxtaposing groups, the black and white communities in the 1970s, to inevitably come together when a black high school burns down. When the idea of a racially integrated school is proposed, tensions arise in the town in the backdrop of the racial tensions of 1971 America.

Ultimately, when no progress is made, the court orders a committee to form a desegregation resolution within a two-week time span under the direction of two co-chairs, Atwater and Ellis. The thought of watching a frustrated, sweaty activist and an ignorant racist arguing sounds intriguing at first. However, Bissell’s take on their fluctuating rapport is not what I had anticipated. In fact, while patiently waiting for an acting tour de force, I was disappointed to find that nearly two hours had passed without much in the way of compelling story conflict.

Although the film was envisioned to be heartwarming, it unintentionally backfires. Rather than feeling sympathetic, we are never allowed the opportunity to experience anything at all. Given the fact that the film is based on a true story, the chemistry that the best friends share in reality is absent on the screen. By the end of the film, their “friendship” feels a little too Disney-like and unrealistic.

Adding to Bissell’s list of failures is his two-dimensional portrayal of Atwater. It is unclear whether he forgot to add any psychological depth to her character or if he intended to model her after a two-sided coin. If it’s the latter, Henson gives a convincing performance of frustration and contentment, but only one of the two at a given time.

Meanwhile, Rockwell may have salvaged the remainder of the movie, but only because Bissell took the time to shape C.P. Ellis’ story. On the surface, Ellis is the front man of Durham’s KKK chapter. Beneath the surface, we learn that Ellis is an emotional family man who cares deeply about the well-being of his disabled son. Throughout the duration of the story, Ellis’ thought process admittedly becomes more understandable, especially after we learn that he isn’t as impressionable as the other KKK members. However, the direction that the film is headed becomes questionable with its concentrated focus of Ellis as a victim after he leaves the KKK.

While Bissell had the right intentions, a larger percentage of the film should have been allotted towards Atwater and the black community she was representing. A missed opportunity, we are presented with an uncomplicated version of a very complex world, which seems prevalent in many of Hollywood’s depictions of social and racial justice. Conversely, we are expected to empathize with the fear and justification voiced by the white community. Regardless, if there’s one thing “The Best of Enemies” depicted well, it’s that all people are capable of understanding each other, as proven by the unlikely alliance between two of the most dissimilar people, Ann Atwater and C.P. Ellis.

Verdict: Hollywood’s ignorance shamelessly shines through once again in “The Best of Enemies”, which aims to provide meaningful insight into America’s race issues in the 1970s. Without any clear direction, the film instantly crashes and we are left with an unmindful, lackluster production that even a talented cast can’t fix.