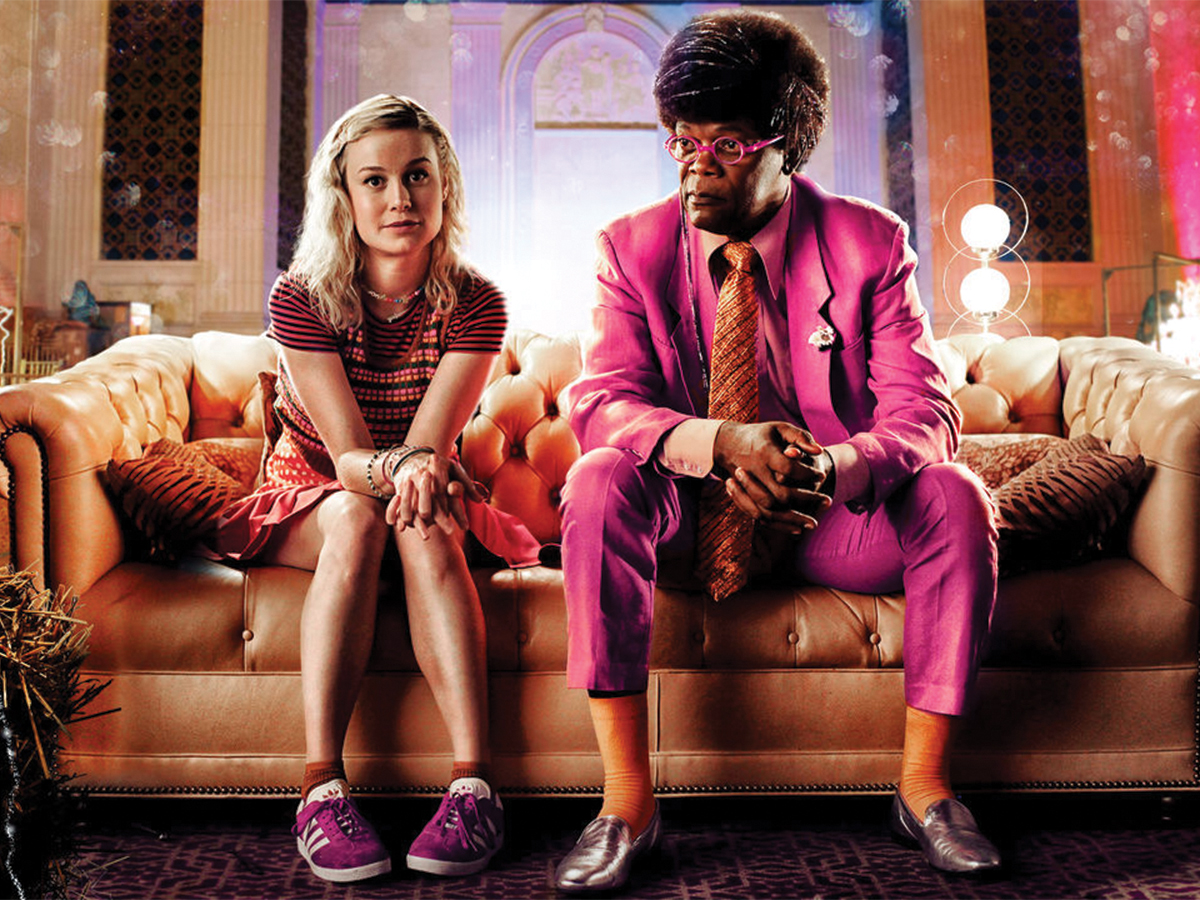 In her directorial debut, “Unicorn Store,” Brie Larson puts her acting chops to the test playing Kit, the eclectic protagonist. After “Room,” “Scott Pilgrim vs. the World” and most recently, “Captain Marvel,” Brie Larson has displayed an excellent and broad performance range. She can play the traumatized young mother, the funny and sexy ex-girlfriend and the superhero — so playing the immature but earnest heroine was an easy feat for her. The premise of the film seemed like it would tap into Larson’s prowess further by providing a mature spin on the regular coming-of-age story: Kit attempts to keep some magic and color in the gray adult world by keeping her desire to own a real unicorn alive. The union of Larson and her “Captain Marvel” co-star, Samuel L. Jackson, the addition of other seasoned actors (such as Joan Cusack), and the stunning visuals seemed like Netflix was adding another hit to their growing list. It was exciting to see that Larson and Jackson were teaming up once more and that there was potential for the film to draw on the chemistry of the two to create a funny, buddy-comedy feel that would add some distinct feature to the premise. But while “Unicorn Store” has all of the ingredients (the talented cast, the sweet plot, visually appealing shots) for a decent, feel-good movie, the film’s poor writing detracts greatly from the value of the film.

Kit has had an obsession with unicorns ever since it was still socially acceptable for her to wear princess dresses, but her obsession is less cute now that she’s an older, art school flunk living with her parents. Kit doesn’t let her parents or her teacher’s attitudes to her youthful enthusiasm dissuade her. She still acts, talks and dresses like a child — she wears a princess dress to bed, sleeps in a room where she’s watched over by Care Bears and refuses to eat vegetables. Like a child, she also lashes out quickly and recklessly. While her temper gets cloying really quickly, Larson does her best to bring some emotional vulnerability in key scenes with her parents despite struggling with the rather stilted lines. As they express their disappointment in her, the conversation feels stiff and unnatural, instead of emotionally hard-hitting. It’s hard to say whether the blatant discomfort was a choice by the director— it could be a symbolic way of showing how uncomfortable Kit is living in the demanding adult world that she feels has no place for her unjaded, childlike wonder. While that’s possible, it detracts from the fantastical nature of “Unicorn Store” and focuses the audience’s attention instead on the strange delivery of the lines by the actors.

Kit is unable to tolerate her parents’ disapproving stares any longer and begins working as a temp at a public relations firm. The awkward script works perfectly with some characters, such as her boss, Gary. Hamish Linklater plays the role of the creepy boss managing to work the writing to his advantage by delivering a convincing performance.

Similarly, Jackson surpasses the limitations of the writing and the shallow character development and manages to inhabit the playful role of The Salesman with ease. Soon after Kit resigns to conforming to the boring office space, The Salesman invites her to The Store, a mythical shop that entices her with the prospect of finally fulfilling her childhood dream. This role is radically different from the violence-heavy, serious roles that Jackson usually takes on, but as he did as Nick Fury in “Captain Marvel,” he works well with Larson. He deviates from the stiffness of the script by casually dropping some profanity, transforming the supporting role with his charisma. The introduction of The Store and the Salesman mark a turning point in the film. The script stops feeling so dry, Larson relaxes after sharing a screen with Jackson’s character, and the striking contrast of the store and The Salesman’s wardrobe choices make for a more entertaining watch.

The last act of the film is by far the best, and it is propelled by Larson’s love interest, Virgil. Virgil balances Kit’s childish intensity by speaking like an actual adult (again, deviating from the stunted script). Larson and Virgil share several charged scenes that display the emotional vulnerability of the actors to the fullest. Larson’s delivery of her final monologue as Kit sheds the exaggerated baby-like attitude and the seemingly cheesy goal to reveal a sweet authenticity that nicely resolves the tensions at the heart of the film; Kit doesn’t compromise her uniqueness and realizes that adulthood can begin on her own terms.

Verdict: The characterization and writing of “Unicorn Store” has potential, but lacks the skill to explore the depth at the core of the roles or the plot. Nevertheless, the actors do an incredible job at bringing a certain uniqueness that breathes life into the roles. Although it takes several scenes to settle into a groove, the nuance of the performances make the film a worthwhile watch.