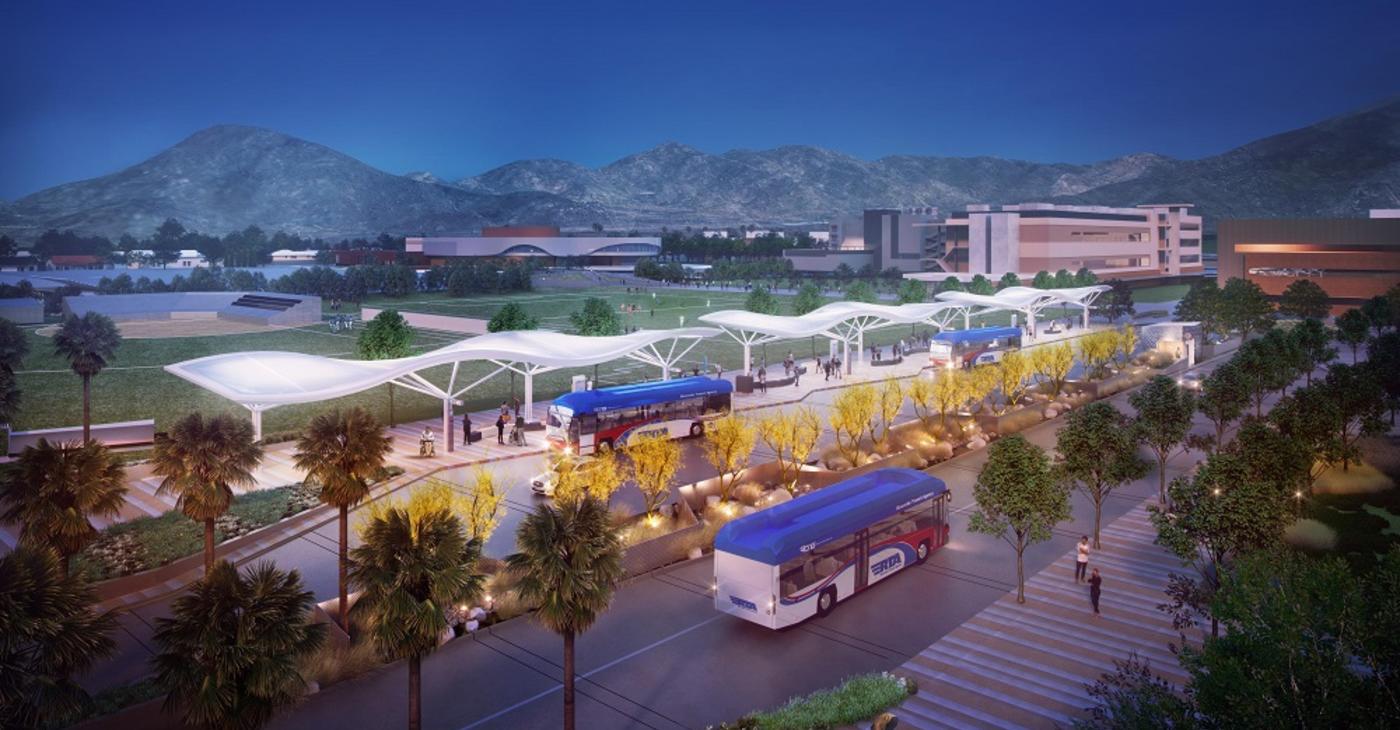 Drew Hecht, co-director of management of UCR’s Office of Planning, Design & Construction and principal architect for the HUB Mobility Project, gave an update on the Mobility HUB on Wednesday, Nov. 20.

The Mobility HUB project, which would have been a joint effort with the Riverside Transit Agency, was focused on developing a central transit center on campus. It would have included a bus plaza, a pick-up and drop-off zone, a structural canopy, benches and landscaping. This project would have redesigned the layout of many campus locations, such as Lot 19, the intersection of University Avenue and Canyon Crest Drive and various other locations across campus that would have benefited the UCR community. The purpose of this HUB was to enhance UCR’s alternative transportation options on campus.

Hecht said that the proposal to undertake the project came with a financial cost that was around $5 million over budget, which was 34% over what the Office of Planning, Design & Construction originally planned. He stated that budgeting issue caused a delay in the construction process. Hecht said, “We are saving this site for a future transit center, based on a revised financial model that would be feasible to deliver a project for UCR and RTA.” The project was expected to begin by November of this year.