This week, I originally thought I was going to write about the injustices and idiocies of the Oscar nominations. However, a matter much more dire has been brought to my attention that holds far more importance and needs to be discussed. A matter that is poised to ruin the very fabric of America, and maybe even the world. So all I will say about the Oscars is that “Les Miserables” will inevitably win everything because apparently Wolverine and Catwoman sobbing in Paris for three hours is the epitome of art. Now then, let me introduce you to Patrice Wilson: 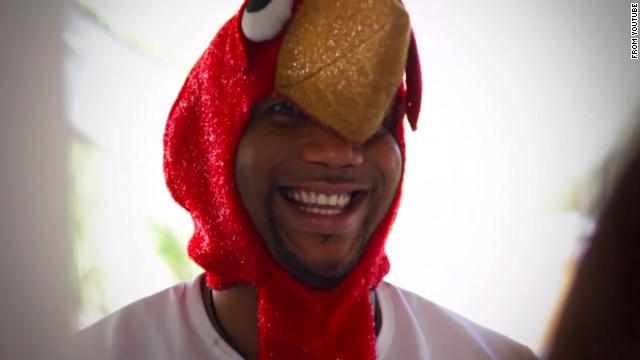 AKA Fat Usher. No really, he calls himself that.

You may recognize this monster as “that guy from ‘Friday,’ the bad Rebecca Black one, not the funny Ice Cube one” Wilson is a music producer who garners much of his fame from his YouTube channel—both facts alone are more than enough justification to entirely loathe someone. It’s one thing to make bad music and put it on the Internet for profit (I mean that’s pretty much the creed of the entire pop genre), but what Wilson does is just plain criminal. He takes small children and traps them in an alternate dimension.

The evidence is all there if you look hard enough at all of his videos. Almost every single one of them involves a young girl who sings with a nasal voice that has been mangled by computers to the point where it can hardly be considered human music anymore. Then more than half of those girls wear revealing clothing and dance in an attempt to seduce the same seven-year-old shrimpy blond kid. Worst of all, in Wilson’s Doom Dimension (the Doomension, if you will) he is the only adult in all the land, and has the ability to appear at any moment to disperse joy amongst his subjects whenever he wills it so. 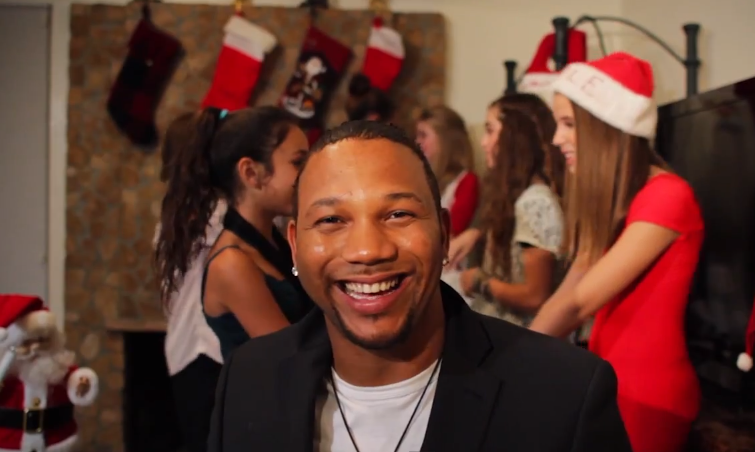 He’s got a present for all– you know what, actually, I’m just not going to go there.

Need further convincing? I’ll give you some more examples. With whatever kind of cosmic voodoo this wizard has at his disposal, he is able to charm these girls to the point where they find the mundane fascinating. They will sing to the heavens about how Saturday comes after Friday, how Christmas is in December, and how you walk home from school at 3:30! Then, in further fits of magical madness, the girls are prone to singing into turkey legs or driving cars at the age of twelve. And not only can he warp their minds, but he can bend the laws of logic in his Doomension as well, making the entirety of Southern California and even a BMW British by summoning British flags everywhere a British singer goes. 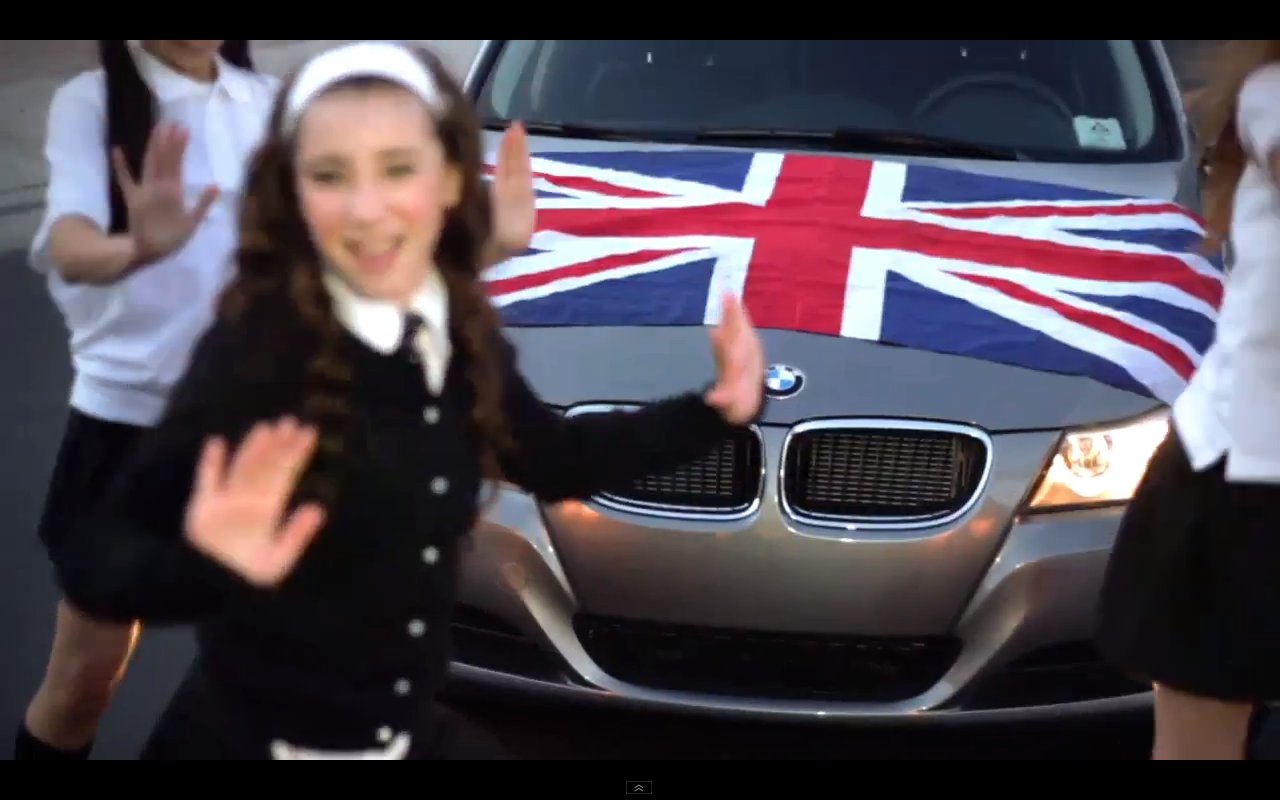 Now some of you at this point still might not be utterly convinced that we need to oil up some torches and sharpen our pitchforks. You may even think that this is a good thing, which I can’t entirely blame you for thinking. Maybe this sorcerer is actually a benign being, trapping the souls of awful children who will literally do anything to become famous. Maybe Wilson is a troubled magician who is just practicing on his own after being denied entrance to Hogwarts. Maybe the world is actually a place that isn’t all that bad to live in. I had all these thoughts too, my friends. But then I saw the video Wilson made with Tweenchronic, and I instantly knew that my hopes were crushed, that he was nothing but evil, and that he would do nothing but produce evil for the rest of his days.

Yes, “Tweenchronic”: “tween” as in the term for the insufferable age group from ten to twelve and “chronic” as in the term for marijuana, weed, reefer, and the ganja. In an ideal world, these two entities would have nothing to do with each other, or at least in the rare instances that they did, they are the type of grimy jerk you stop talking to around fifteen. But no, as previously stated, in Wilson’s Doomension, his will is law, and he saw it fit to smash the two entities together and market it to the world. 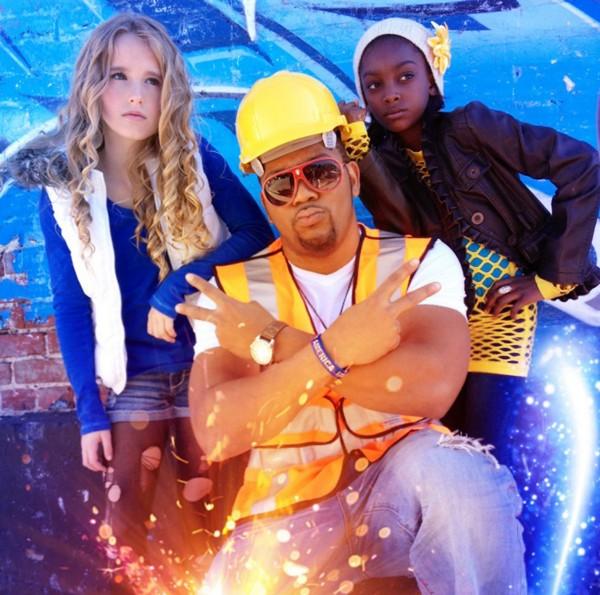 Here are the faces of your lost faith in humanity.

“Tweenchronic” is a pre-teen hip-hop duo that released their first single “Skip Rope” on Jan. 1, 2013, which basically means that the Mayans were correct but just a few weeks early. The video is only about four minutes long, but thanks to Wilson’s vile magic, it is more comparable to an eon of sulfurous damnation. The video picks up with a very sub-standard hip hop beat and Alison and Stacey of “Tweenchronic” instruct us to follow their pelvic thrust dance. Then this disastrous duo “rap” with Wilson about standing out of the crowd, doing whatever they want, and being generally better than everyone else.

But there is a sinister side-plot intermixed in the video. Yes, in-between scenes of little girls gyrating entirely inappropriate for their age, we get a story arc about a young boy who is clearly training to be a Super Mario Bro given his absurd mustache and mind altering substances innocently disguised as candy. As the hellfire of a song continues, more and more children purchase from him, addicted to the new smack he’s slinging on the streets to the point of bathing their faces in it. A grand metaphor for how Wilson hopes to forever enslave the youth of our planet.

So there it is folks. I’ve shown you the beast, and I can only hope that someone out there can bring him to justice. It won’t be easy; his power and malice rank him somewhere between Ganondorf and Sauron. Still, I have hope that good can still prevail in this world we live in. Someone, anyone, please, for the love of everything good, stop Patrice Wilson.

Pumpkin spice and everything nice