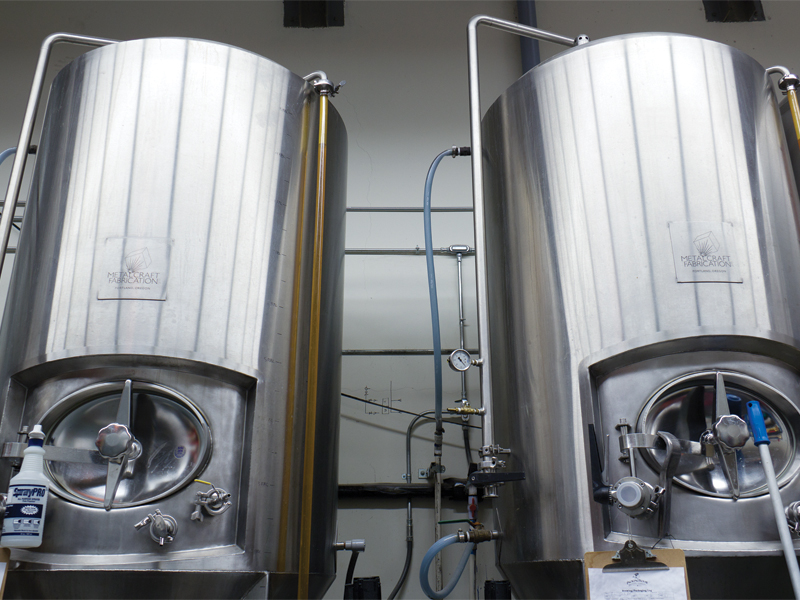 When it comes to food in today’s age, everyone seems to be talking about buying local and organic and cutting out large corporations that can harm produce with pesticides or taint meat with ammonia. People are looking for fresher tastes, like something that your own mother would make. But why should this stop with food? What about all the other things we devour on a daily basis? Perhaps beer?

Now that I have almost every college student’s attention, it’s time to wonder why beer isn’t included in this discussion. Why has better-tasting microbrewery beer retained its perception of a cult obsession among the public? Why are many of us choosing to just stick with drinking what’s cheap? Why not think about paying a bit more to get fresher ingredients and greater flavor, not to mention a higher alcohol content? It’s time to branch out, try something new.  When you down a cheap pint of Bud Light, do you know where the ingredients came from or how the beer was made? It’s time for college students to start delving into the world of microbreweries, if they already haven’t.

In the past few years microbreweries have made serious strides into the mainstream market and it seems like they are not going to slow down. Microbreweries offer tasting rooms of beer that you don’t normally get from large corporations. They even provide growlers which allow you to take their delicious beer home to enjoy. Beers such as India Pale Ale (IPA), a hoppy beer high in alcohol; Stouts that are darker with a creamy texture on the tongue; and Irish Reds, a slightly hoppy beer with toasted characteristics are just some of the many type of beers microbreweries offer. You can witness the beers mixing and steaming in vats as the brewer himself tells you about each beer’s individual qualities like its Alcohol by Volume (ABV) level, where the hops came from, what spices might have been added to it—much different than just picking up a 30-pack at Stater Brothers and heading back to the apartment.

I sat down with Matt Becker, the head brewer at the Packinghouse Brewery, located across the street from Riverside Airport. Beer sloshed in stainless steel containers 10 feet high as I sipped on Packinghouse’s own Heritage Citrus Pale Ale. I wondered if Becker thinks that microbreweries are still an underground movement. Becker feels that microbreweries are no longer just some hobby, “College students are smart, that’s one of the groups that will realize that quality does matter.” Students are starting to realize that just because some beer is cheap and plentiful doesn’t mean that it should be bought. “That’s really the thing now, wanting to get more quality for your money. That’s why students are a big group for us,” Becker said. There are still large groups of students out there though that feel like they can’t afford the craft-brewed beers; that cheap beer is the only way to go to get the most alcohol for your buck.

If you break down the cost and amount of alcohol in different beers, the answers may surprise you. The price of a 30-pack Bud Light in some places can be $22.99. The alcohol content in one of those cans is 4.2% ABV. Sierra Nevada, a company that started out back in the 80’s like many of the microbreweries today, sells an extra IPA (an Indian Pale Ale that is loaded with hops) called Torpedo with an alcohol content of 7.2% ABV. Currently at BevMo, a 12-pack of Torpedo costs $16.99. The price difference between these two beers is not that far off when you compare their alcohol content, not to mention the vast flavors you get comparing a Sierra Nevada to Bud Light.

This idea of taste is something I’ve often wondered about. Those cheap 30-packs really don’t offer any taste—except for an extremely watered-down one. But if the growing trend nowadays among food is larger-than-life flavors, why shouldn’t beer carry this same idea? As the scent of yeast and hops filled the brewing room, Becker agreed that people are beginning to step away from the watered-down Bud Light that has run the American beer game for so long: “Now people are getting sick of crappy light American Lager, they’re really starting to explore places like us.” People are beginning to acquire a taste. It isn’t snooty like the wine snobs up in Napa, but people are realizing that taste does matter.

Fans began to hum in the garage and steam rose out of a vat slowly mixing ingredients together to create another beautiful beer creation that Packinghouse is so proud of. Becker takes serious pride in what he does, saying, “supporting local business and being more conscious about where the things you consume come from is a big thing now.” Whether it is food, retail or local business there is a great deal of talk about keeping things local and cutting out large corporations from having a monopoly over beer.

Why hasn’t localization of beer become as large of a topic as food? According to a Time magazine article, Anheuser-Busch owns 47.7% of the American beer market. Furthermore, Anheuser-Busch is no longer an American beer company. In 2008, InBev, a Belgian company, bought out Anheuser-Busch and has been gobbling up other beer companies along the way. Brands such as Corona, Hoegaarden, Shock-top and Beck have all been bought out by InBev. Soon InBev plans on purchasing Grupo Modelo, which practically controls the Mexican beer market. When this transaction is completed, InBev will control about a quarter of the world beer market with over 200 brands.

What does this mean to us college students? If we keep buying up Bud Light and Budweiser because it is cheap now, then InBev will grow more and more until they control the beer market and are free to raise prices on consumers. Competition between beer companies is dying and when competition falters, prices rise as corporations get larger and larger.

Becker took another sip from Packinghouse’s Sunburst Blonde Ale and adjusted his beanie before continuing, “That large corporation ideal got so ingrained in our culture that people got tired of it… And then breweries like Fat Tire and Sierra Nevada are able to break that BMC [Beers, Miller and Coors] barrier and start getting into local liquor stores.” It’s time for more of us to break through the barrier that “BMC” has held and realize what great tastes are out there in the beer world. Head over to one of the many local microbreweries that are popping up all over the Inland Empire. You’ll most likely get to have a conversation with the person that brewed the beer you are holding. You will be able to see the product that started as a bag of grain or hops and became transformed into a delicious beer the large companies seem to avoid making. You’ll at least get a chance to put the ping pong balls down and give the drinking games a rest as you sip on some seriously tasty brews.