I can recall when my family used to bicker about no longer being able to talk on their cell phones while driving—until they bought bluetooth devices. These and other hands-free apparatuses changed the technological world. Nowadays, there are even contrivances that allow someone’s car to dial a phone number for them. Do you remember when phones used to be purposely installed in cars? Me neither. Drivers can now talk to anyone they want, anytime they want, all while they are driving. However, it is now 2013 and this technology is now outdated. Americans are looking toward the future where manual tasks are a thing of the past.

Scientists cannot wait to stun the world with their impressive innovations, and people cannot wait to buy the products that make their lives just a little easier. Well, prepare to be amazed, because Governor Jerry Brown has officially approved legislation that makes it legal for driverless cars to drive on California roads. That’s right: cars without the need for drivers. Next time you’re on the freeway and don’t see anyone controlling the vehicle next to you, just stay calm. It’s legal.

The law has raised many questions. Drivers, police officers and public officials have all asked, “Who gets a ticket in a self-driving car?” Surely the car should. The reduction in tickets for drivers would be a great benefit in this futuristic reality. People will no longer have to pay off those annoying parking tickets since our automobiles will be the ones who incur the fines. The cars will have to spend their time talking to cops and waiting in line at court. Eventually, they will lash out and man-versus-machine feuds will be breaking out all over the country. It will be worth it, however, since driverless cars are able to provide a luxury that drivers have always wanted—an excuse to be distracted while driving. People will now be freed from focusing on how the car in front of them is driving so they can turn to more important things. Risking one’s own safety because of our faith in our automobiles is completely worth the convenience of finishing day-to-day errands and seeing what new movies are out on Netflix.

We already have the privilege of owning devices that make our coffee for us, cook our food in less than two minutes, and even type words as we speak to them. A driverless car is even better, and a greater opportunity for people to rely on their man-made devices. It’s no surprise Google has been leading the march in developing automated vehicles, right ahead of Audi and Lexus. Governor Brown was even filmed by CBS as he took a ride in one of Google’s cars before signing the bill that approved them. That’s some great product placement.

People have argued that there are unforeseen consequences to the driverless car, but I’m here to assure readers that the outlook is solely positive. A car that requires no driving skill whatsoever could not be more beneficial to humanity. Cars do most of the work already; in fact, the Los Angeles Times notes, “Many vehicles already automatically buffer against human errors, steering themselves back into the lanes when drivers fall asleep, braking before parallel parking turns into a love tap.” With Google, Audi and Lexus’ automated cars running the show, these aforementioned positives are nothing compared to what is to come. Drivers will no longer have to be immersed in the road. Self-driving automobiles will have the ability to predict the outcome of an imminent accident, leaving the driver not to worry about their vehicle’s capabilities and being able to fall asleep behind the wheel. This is perfect because maximum safety is the goal and we all know that machines never fail. Humanity has progressively been conditioned to expect the invention of something better—just look at the iPhone 5—and the driverless car is just the next thing. Though the cars can only be driven “as long as there is a licensed and insured driver behind the wheel,” this requirement will not last long.

Driverless cars are the way of the future, and will inevitably become popular due to the convenience they will provide, which will lead to radical changes in daily life and in state legislation. For instance, licenses could be granted at earlier ages, perhaps elementary school years, and licenses may not even be necessary in the future. Before we know it, toddlers will be able to drive without parental guidance. Parents will be enamored with the opportunity to have their contraption take full responsibility of their kin, knowing that nothing could possibly go wrong. Once this nation is able to become completely dependent on their cars to do all the work for them, who needs people to assess their skills? The vehicles will already be programmed to have the perfect level of driving capabilities.

Furthermore, cell phone laws sure are a pain, and even with all the advances in the so-called handless sciences, police still seem to be handing out tickets. Once cars begin to drive themselves, many of California’s laws will need another look-over. Californians will most likely see a repeal of their cell phone and texting prohibitions. This will allow people to talk on the phone and text all they want on the road, and being distracted while driving will be a topic of the past. Knowing what party your friend is at will take precedence over a situation where the car inadvertently takes you to the wrong place or breaks down in the middle of the freeway. The whole family will be able to take their minds off the road and be totally immersed in whatever new Apple product is out now.

A change in the laws would be nice, and with this opulence will come a real benefit for college students. I believe that any college student that is of drinking age is familiar with the designated driver debacle. Finding a designated driver for the night can be an unfortunate inconvenience. Luckily, the term will be extinct soon enough and all friends will be able to get drunk together without any worries. The driverless car will allow students around the state, and eventually the nation, to sit back and take some shots on their way to the bars. One could even take a leisurely drive and let the car keep them company as they enjoy a drive through a billboard-filled route while sipping on a chilled beer. Plus, when driverless cars take over the country, DUIs will be a thing of the past and our country will finally be able to have the pleasure of being populated with confident drunks everywhere. On top of that, if you and your buddies are drunk and the car malfunctions and this leads to an accident, the car will take the blame. Maybe we’ll be lucky enough to one day have a robotic instrument that can serve jail time for us.

CBS declares that these vehicles “are expected to be ready for consumer purchase by as early as 2015.” It may sound outrageous to some of the readers out there, but I cannot wait for this car to hit the markets because the driverless car is a future marvel and a sign of things to come. Soon enough, humanity will have all of their trinkets and gadgets harmoniously automated. The kitchen will do all of the cooking for us, mothers won’t have to worry about loads of laundry, and there won’t even be a point to having homework. Americans will be saved from the trouble of having to think about anything. There will be no worries, just a chance to leave all the work to our own personal devices and allowing us to be mindless people with purely hedonistic pursuits. As technology marches onward, driverless vehicles soon to come will look prehistoric to the generations after us. At that point, people will probably be swiftly transported around in little pods programmed to know just which destination to take us while simultaneously serving us our coffee. The driverless car is a stepping stone toward the exciting future where people will no longer fret over simple tasks and humanity will only have to worry about important things—like television. 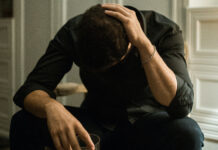 Domestic abuse is the most dangerous side effect of quarantine

California lockdowns without proper relief will cause more harm than good