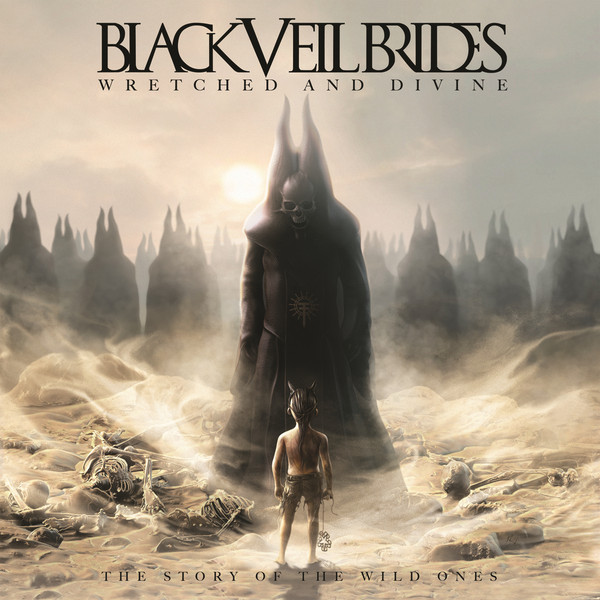 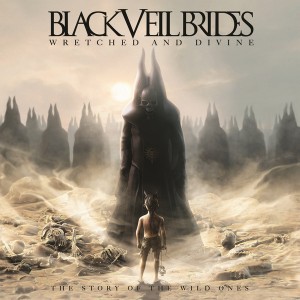 Prior to listening to their 3rd and latest album, “Wretched and Divine: The Story of the Wild Ones,” Black Veil Brides seemed to me like a band whose gimmick heavily relied on an overabundance of guyliner, hairspray and hazardously spiked clothing. They had failed to seize my attention with “Knives and Pens” from their debut EP “Sex & Hollywood,” released in 2009, and I proceeded onward to the next angry rock band with grisly, snarling vocals. Nonetheless, I decided to give them another shot.

The album begins with a rather ominous 25-second-long instrumental monologue, which combines an almost inaudible yet chilling background noise that features the recording of a man speaking harshly. In fact, a few similar interludes, revolving around a journey of conquering fear, are dispersed throughout the album, which detracted from my enjoyment of the overall record, as I would have preferred fuller-developed songs that relate to the concept. However, these transition seamlessly into the subsequent tracks, the majority of which present the encompassing theme well enough to deem the brief interludes as minor interruptions.

At the outset of “I Am Bulletproof,” the album’s first full-length number, it became apparent that frontman Andy Biersack’s vocals were strongly reminiscent of Avenged Sevenfold; his range seems to have widened, though whether this is due to his maturation to adulthood or his self-proclaimed ardor for cigarettes is debatable. “Done For You” is a slow-paced song with a touch of melancholy that strays far from the aggressive quality of “Wretched and Divide,” and it led me to postulate that Biersack’s vocals possess a relaxed huskiness that would make a perfect fit for the acoustic genre. His exceptional sonance is further showcased in “Lost It All,” an absolute standout that makes an impact with metaphorical lyrics such as: “I stood above / Another war / Another jewel upon the crown / I was the fear of man / But I was blind.” A symphony of cello and violins further exhibits Black Veil Bride’s musical progression in the beautiful instrumental number “Overture.” I appreciated the classical hint that has emerged in the band’s predominantly electric guitar-based repertoire.

Although “Wretched and Divine” offers a string of somewhat repetitive and underwhelming tracks, a significant portion boasts an amalgam of stimulating lyrics, melodies and strings that draw attention to the band’s innovative ability. And while it’s true that their music appeals to the more esoteric, metal-head/punk rock community, Black Veil Brides proves their place in the music industry. Don’t dismiss this band on the mere basis of its highly stylized, menacing image.