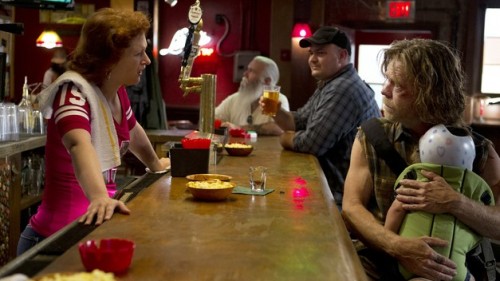 This week’s episode of “Shameless” tops the list as one of their most explicit openings to date. Aside from the first scene panning over a number of naked bodies passed out in the Gallagher household and a local grocery store manager propositioning Fiona (Emmy Rossum) in return for a cashier job, a homeless man is shown doing unspeakable things on a city bus. Although the perversion is meant to make a not-so-subtle statement about the morality behind sexual actions, I cannot say that I was delighted to be so abruptly exposed to the crudeness of it all within the episode’s first few minutes.

Despite the shock of this week’s episode, “Shameless” still manages to make me laugh even when most of the events are so despicable. To start, Frank (William H. Macy) is now the permanent caretaker of his ex-lover’s daughter’s Down syndrome afflicted son. Frank promises Sheila (Joan Cusack) to take the child to the doctor for some vaccinations, but instead brings the baby to his favorite bar. He pricks the newborn’s arm with a whiskey-soaked thumbtack and orders some shots with Sheila’s co-pay money.

This situation may sound horrid, but I actually enjoyed Frank’s humorous storyline this week. Frank tries to take advantage of the Make-A-Wish Foundation by using the mentally ill baby for sympathy votes to win basketball tickets. When that fails, he later thinks that it is a better idea to tell his son Carl (Ethan Cutkosky) that he has cancer, explaining that he “must have caught it from Grammy.” This idea was not much better, but did manage to get Carl interested in an opportunity to attend summer camp.

While Frank is out and about finding ways to scam people for beer money, the rest of the Gallaghers have some interesting adventures. Lip (Jeremy Allen White) is upset about the aforementioned homeless man incident because it involved Fiona and her little sister Deb (Emma Kenney). He decides to search for child molesters in the area so he can beat them up with a crowd of people, who are easily assembled by going to a bar and saying, “Child rapist just moved in down the street.” What the gang does not know is both the punchline for the audience and grounds for debate: the sex offender that Lip is so adamant about assaulting is an attractive woman. 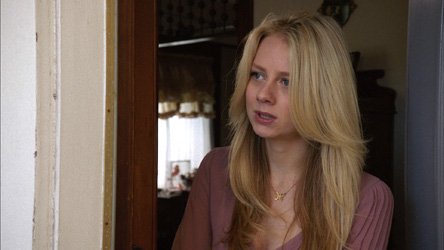 This storyline definitely mellowed the prior vulgar tone, brought comedic relief back to the episode and inspired a thought-provoking argument in the process. Lip still believes that the offending woman, a former teacher, deserves more punishment, but his brother Ian (Cameron Monaghan) tries to convince Lip that things are not so black and white when it comes to age and intercourse. He reminds Lip of an affair he had with a middle aged convenience store owner named Kash (Pej Vahdat) when he was merely 15. But Lip’s opinions are set in stone, and he decides to prove a point by heading over to the female sex offender’s house and pretending to be a sophomore in high school who is trying to make a few bucks doing yard work.

At the same time, Ian is now seeing a rough-and-tumble bad boy named Mickey (Noel Fisher) whom Ian has a hard time understanding; Mickey never seems to show any interest in Ian unless there is a reason to be jealous.

By this point in the episode I found myself caught up within the hilarities, especially when the former teacher falls for Lip’s trick just because of a peanut butter sandwich. The whole situation with Lip and the former teacher/sex offender was carefully drawn out and played perfectly. Plus, the ending to the whole debacle was very entertaining thanks to Lip’s girlfriend, Mandy Milkovich (Jane Levy).

Lip is not the only one tangled within controversy, though. The Gallagher family’s neighbors Kevin (Steve Howey) and Veronica (Shanola Hampton) have been seeing each other for years, even with the strain of having Kevin’s manipulative wife, Cheryl (Cameron Richardson) popping in every now and then. Cheryl has so far ignored the possibility of divorce in order to control every aspect of Kevin’s life, and this episode she shows up once again. Not only is Veronica angry, but Cheryl admits that Kevin might have a son.

Frankly, I haven’t mentioned Fiona’s boyfriend Jimmy (Justin Chatwin) because Jimmy’s storyline is not very interesting and is only relevant to a short ending segment. Fiona is seen spending the majority of her time with Veronica. Kevin and Veronica’s involvement in the plot this week was enthralling and provided the drama for this episode, but the two have never been able to carry a storyline without the help of the Gallaghers. Thankfully Fiona was around, otherwise the whole story could have fallen apart. Hopefully, audiences will be able to see more of the Gallagher family without having to deal with unnecessary additions to the plot. The next episode of “Shameless” could focus on so much more.