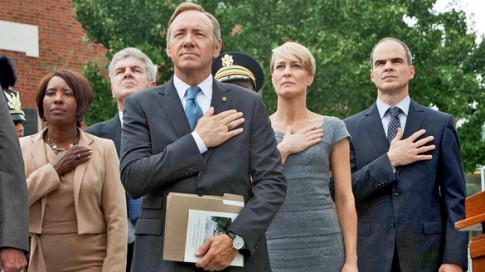 Netflix has officially released their original series, “House of Cards.” The entire first season is comprised of 13 one-hour episodes and has been available in full since Feb. 1. The decision to release the season in its entirety is an interesting strategy by a company that has dominated the movie rental business for years, and I plan to review each episode on a weekly basis. I’ll begin with the pilot: “Chapter 1.”

Underwood, a Congressman from South Carolina, begins by telling us that there are two kinds of pain: a pain that makes one strong, and a useless pain that only brings about suffering. From this, audiences know that Underwood has experienced his own pain from playing the political game for so many years, and he is ready to use this against the competing members of Congress and his own party officials.

Underwood is initially pleased when the candidate he supported for president wins the election. He expects a foreseeable promotion to secretary of state, but President Walker (Michael Gill) breaks his promise and leaves Congresswoman Linda Vasquez (Sakina Jaffrey), whom Underwood helped elect, to inform him of this unwelcome surprise. After a moment of anger, Underwood puts on a phony smile and politely leaves the office. He returns home to find his wife Claire (Robin Wright) upset and wanting answers. Underwood immediately apologizes, but Claire is not having it and says, “My husband does not apologize, even to me.” This line flawlessly foreshadows Underwood’s developing fraudulent attitude.

Underwood sees his power and influence dwindling around him, and after long contemplation over a cigarette, decides that he needs to formulate a plan—one that will involve his devious wife, who Underwood loves “more than sharks love blood” and will hopefully help him earn the nation’s top job. Underwood and his wife have an extremely compelling relationship, and the audience cannot be sure if it is strictly business or pleasure. They are all too similar, with the same Southern sophistication and well-mannered front. One is eager to know where they will go from here. 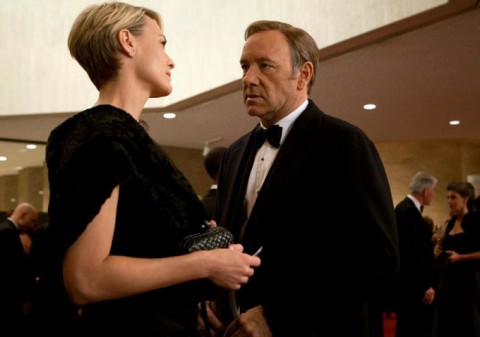 Somehow the pieces begin to fall perfectly into place for Underwood as a delightfully appropriate soundtrack begins on cue. He knows exactly who the president will choose to draft a bill for educational reform, and uses this to wrap Congresswoman Vasquez around his finger. Also, to Underwood’s long-term benefit, journalist Zoe Barnes (Kate Mara) is e-mailed a picture of him checking her out at an orchestra fundraiser. Mara (“American Horror Story,” “127 Hours”) does a fantastic job as a sexy and savvy reporter who cleverly threatens to blackmail Underwood if he refuses to have a conversation with her. This is lucky for Underwood because Zoe is as smart as a whip and passionate about her job, but she has been struggling to move up without any help from her critical and rude superiors.

The back and forth between Zoe and Underwood is brilliantly witty and entertaining. Spacey does great work as a firm and manipulative man, and Mara plays her character well—even as Underwood’s desperate puppet. Despite the fact that Zoe is being used, she has her own aspirations, unlike playboy Congressman Russo (Corey Stoll) who Underwood easily strings along after he is caught drinking and driving. Russo is more concerned with having fun, which is all too apparent when he sasses his arresting officer; after the officer asks if he has been drinking, he says, “No, I never drink coffee at this hour.” Russo was given a good amount of screen time and his slip-up will be key in helping Underwood secure his power, but his appearance was merely comical relief and not as enthralling as the rest of the cast.

Between the conniving, undermining and delectable quotes like “No one’s a Boy Scout, not even the Boy Scouts” and “Drink up, you could use a little courage right now,” the show takes a dark turn at this point. Even though Spacey’s character becomes increasingly deceitful, I found myself snickering with the rest of the cast, especially when Zoe and Underwood meet again to trade inside information that will boost both of their notoriety. Plus, I could not help but chuckle as Underwood saunters from the room with the line, “We’re in the same boat now, Zoe. Take care not to tip it over—I can only save one of us from drowning.” Needless to say, I’m excited for things to come.

David Fincher does a wonderful job as director, but he will only oversee the first two episodes of the season and will remain to serve as an executive producer. The majority of the credit goes to Beau Willimon, who wrote and created the American version of the original British series. The dialogue is ingenious and pitch-perfect, which pairs well with the superb acting and sinister tone that Fincher brings to the show. As the first episode ended with the President’s inaugural address and cuts to the cast’s surprised faces as they read Zoe’s article, I found myself feeling impressed and immersed in the action. This $100 million Netflix-only drama is refreshing, intelligent, and worth every penny.