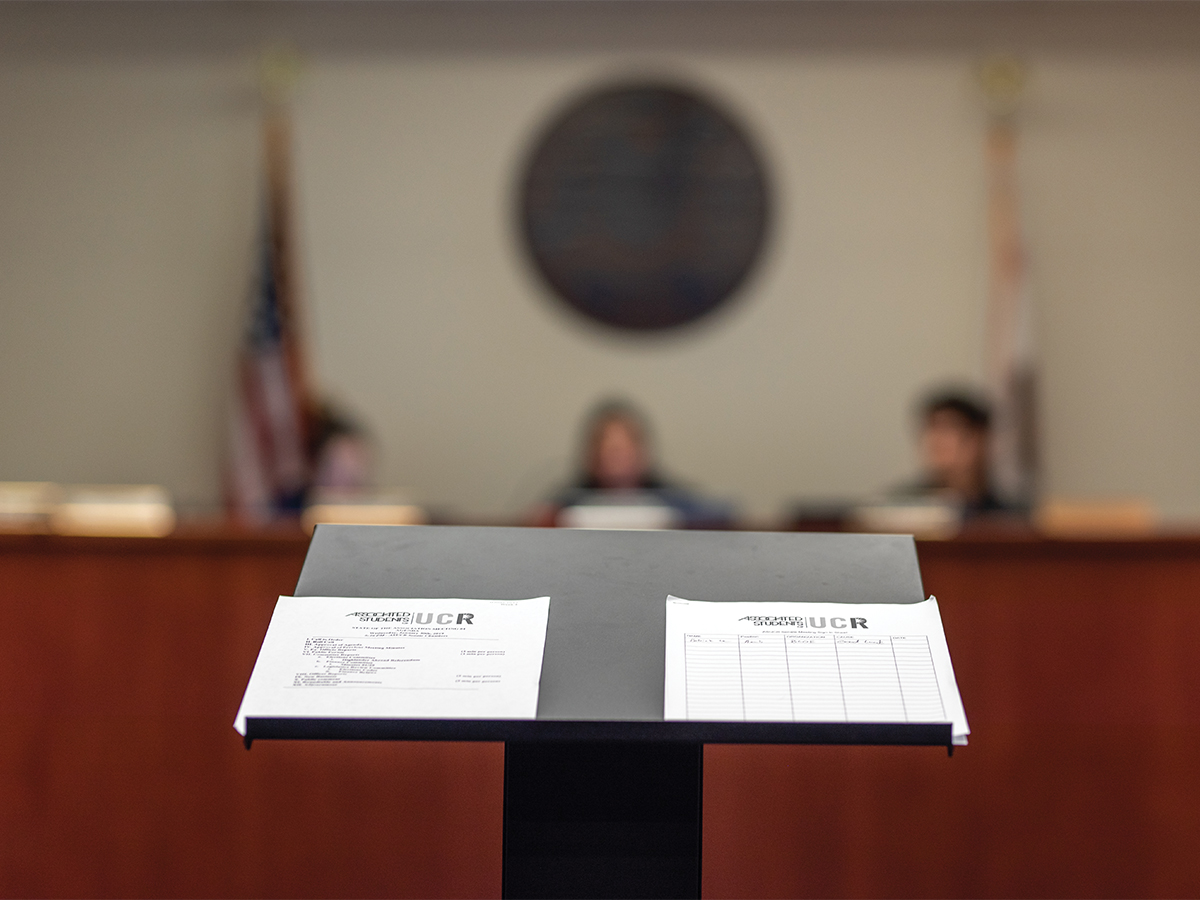 ASUCR held their first meeting of the quarter via Zoom on Wednesday April 1. In order to attend meetings, students need to register online. Students will be prompted to provide their name, the meeting or meetings they would like to attend and register with their email. After registering, they will receive an email confirmation with a link to the zoom session as well as the password required to join.

During Public Forum, ASUCR addressed questions from students. Students wrote their questions into the chat feature in Zoom. One student named Samuel Gonzalez stated that he felt as if ASUCR members have failed to represent students in regards to UCR’s decision to not refund any campus fees or tuition. Gonzalez questioned if any ASUCR members said anything to Chancellor Kim A. Wilcox about the decision. He also questioned if ASUCR could reallocate parts of their funds to support students.

In response, ASUCR President Julian Gonzalez stated that ASUCR members do not have as much control and influence as students believe they do. President Gonzalez stated, “There are more restrictions to and access for ASUCR members than some people assume. It is also hard to navigate and advocate for systemwide policy when the only way we can create a movement is when all (UC) campuses are united.”

Gonzalez responded in the chat stating, “I understand. It’s a very tricky situation for student leaders. But it is really important that in situations like these, you ‘guys’ (like the representatives) need to show some sort of acknowledgement that you are pressuring Chancellor and other people with power to do the right thing for the students. Even if you know you can’t change it, this is the perfect opportunity to rally students for a common important cause.”

In response to Gonzalez’s comment about a reallocation of ASUCR funds, ASUCR Executive Vice President Abigail Cortes responded stating that the Executive Branch along with their pro staff members had a meeting and discussed how they could redistribute their funds to benefit the student body. Cortes stated that she did not want to promise anything now but that they discussed doing co-sponsorships, giving out gift cards and having food delivery options for students. “There are definitely a lot of proactive steps we have taken to reallocate all of these funds and make sure that they are being used in a way that benefits students. Rest assured that the money is not just sitting around and it will not go into our reserves next year. We are going to use it to benefit our student body directly,” stated Cortes.

Samuel Gonzalez also questioned if ASUCR could consider a reduction or removal of wages and salary as a way to increase transparency and redistribute that money in ways that will help the general student population. President Gonzalez responded stating, “For a lot of us, this is our on-campus job. The fee that ASUCR charges to students every quarter is not just all going to our salaries and wages. It is also going to help support our professional staff and their wages and salaries.”

ASUCR Executive Director Laurie Sinclair also addressed questions regarding why the UC is allowed to not refund student fees. Sinclair stated, “It’s something that is voted on. There are funds that are meant for certain purposes and then if issues like this come up (campus shutdown) then it does not mean that everything just stops. Once students vote for these things in elections, they are in place. I know that this (the decision to refund fees) comes from UCOP not from UCR.”

During Roundtable and Announcements, Cortes also announced that ASUCR office hours will be held by appointment through Zoom. She then went on to announce that the referendum passed by ASUCR during the Feb. 5 ASUCR meeting were both rejected by the UC and will not be on the ballot for the 2020 ASUCR Elections. The Equity and Opportunities Referendum would have allocated a $10 student fee to provide support and assistance for UCR’s Underground Scholars Initiative, R’Kids, Student Veteran’s Organization and the Office of Foster Youth Support Services. The Performing Arts Support and Access (PASA) Fee Referendum would have allocated an additional $7 to the current $2.50 PASA fee to provide additional funding for UCR’s Department of Theatre, Film and Digital Production (TFDP).