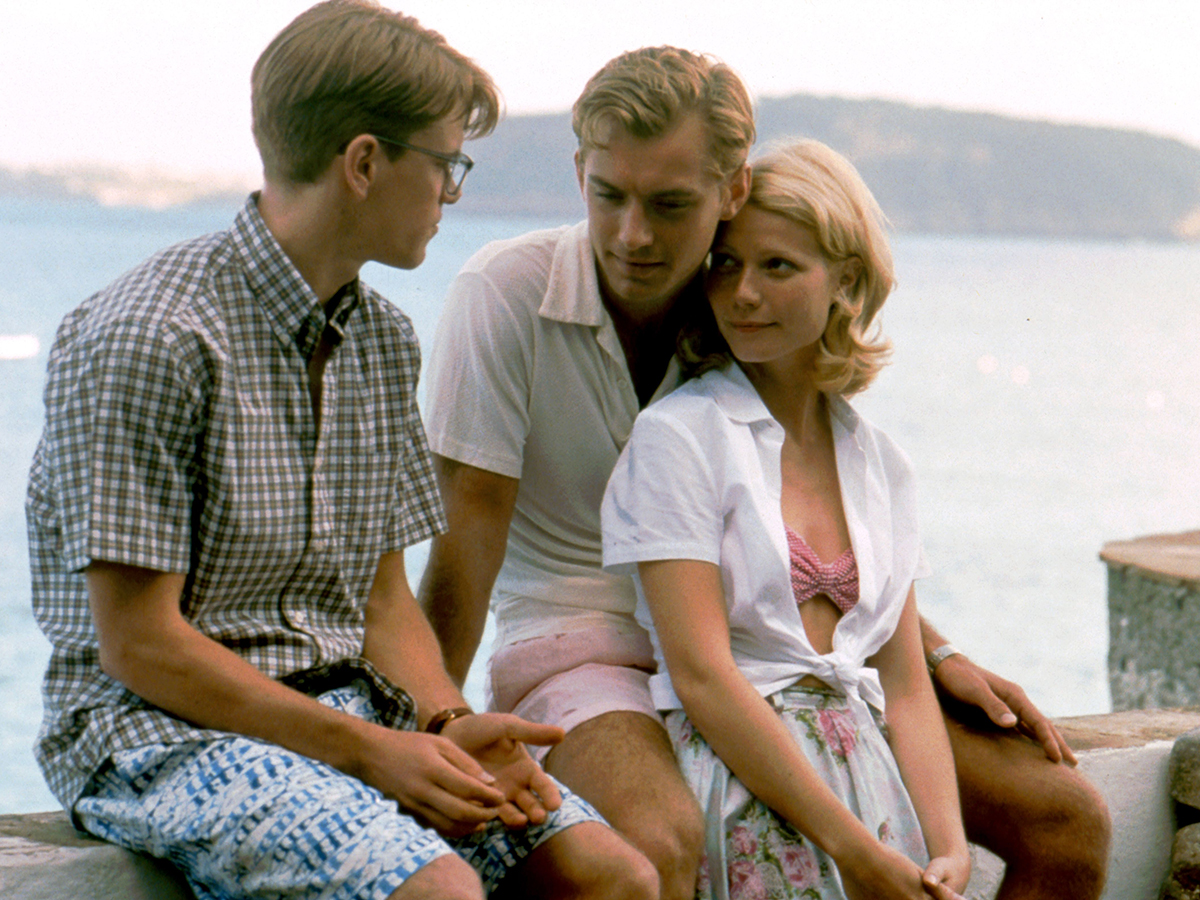 “The Talented Mr. Ripley” is a 1999 psychological thriller that captures the power of charisma and charm and the chess game of interpersonal politics. It explores themes of amorality and the triumph of evil, not so afraid to leave a sour aftertaste in your mouth.

A commercial and critical success, on a budget of $40 million, “Mr. Ripley” more than tripled its initial investment, grossing over $128.8 million at the box office. Roger Ebert gave the film four out of four stars. Although this film only received 83% on Rotten Tomatoes, it deserves 100%. “The Talented Mr. Ripley” can easily become anyone’s favorite film. With an instant rewatchability factor, this film only gets better with every new viewing. Some people enjoy mainstream appeal, and this film’s box office success shows that it has that. Some people enjoy watching more artsy films with deeper, more complex characters and this film’s five academy award nominations shows that it most certainly has that.

Tom Ripley (Matt Damon) is working as a freelance pianist in New York City struggling to pay the bills by any means necessary when he is approached by wealthy businessman Herbert Greenleaf (James Rebhorn), who offers to pay him $1000 to retrieve his son Dickie Greenleaf (Jude Law), who is fretting about in Italy. As the plot thickens, Tom manipulates the Greenleaf family in order to maintain his newfound place in the upper echelons and the socialite lifestyle he has come to enjoy.

Villains are far more colorful and three-dimensional then their protagonist counterparts. They are not bound by the rules of morality and their journeys are often far more sporadic and unpredictable then most heroes, who are often bound and restricted by an overplayed, anticipated and foreseen formula. Not Tom Ripley, his devilish adventures spawned five novels, because he is not only talented but fascinating. Tom Ripley can play the piano. He can forge a signature and cash checks in other’s people’s names. He can copy anyone’s handwriting and make a murder look like a carefully thought-out suicide. He can have a single conversation with an individual and within minutes be able to impersonate them perfectly. With the dexterity to change people’s will and testaments and assume their identity, Tom Ripley is a very dangerous man.

“The Talented Mr. Ripley” explores what a person will do to rise to the top of the food chain. It is enthralling to watch a criminal mastermind at work, weaving a spider web of intricate lies. So much of power and influence in this world is about nepotism. It’s about who you know, rather than what you know and what you can do. Luckily for Tom Ripley, he is a master in the art of social politics and seduction and allure. If he wasn’t such a sociopath, he would have made a great politician.

From shows and movies like “House of Cards,” “Boardwalk Empire,” “Wall Street,” America loves a tale like Tom Ripley’s — a ruthless ambitious average everyday man rising through the ranks of political and economic power. So much of history’s political figures, business tycoons and celebrities have been born into their money, power and fame but there’s something uniquely compelling about a Tom Ripley, your average joe surviving in a dog eat dog world of capitalism. Tom Ripley echoes the likes of Bud Fox from “Wall Street” and Franklin Saint from “Snowfall,” these are the journeys of men who rise above their fellow sheep, to become wolves.

A man who starts as a nobody and becomes a somebody. A person who has no great skills to speak of, an individual armed simply with his silver tongue. But this speaks to a greater truth of leadership. The best scientist or engineer does not become a leader, leadership comes from the Tom Ripleys of the world. Leaders are the best orators, they are the people armed with nothing but the prowess of speech and debate. Tom Ripley has that silver tongue. He can charm the pants off of anyone. He’s a boy armed with nothing but an endearing smile and a compelling handshake, but in the history of American capitalism and American politics these are often the most dangerous men and women of all.