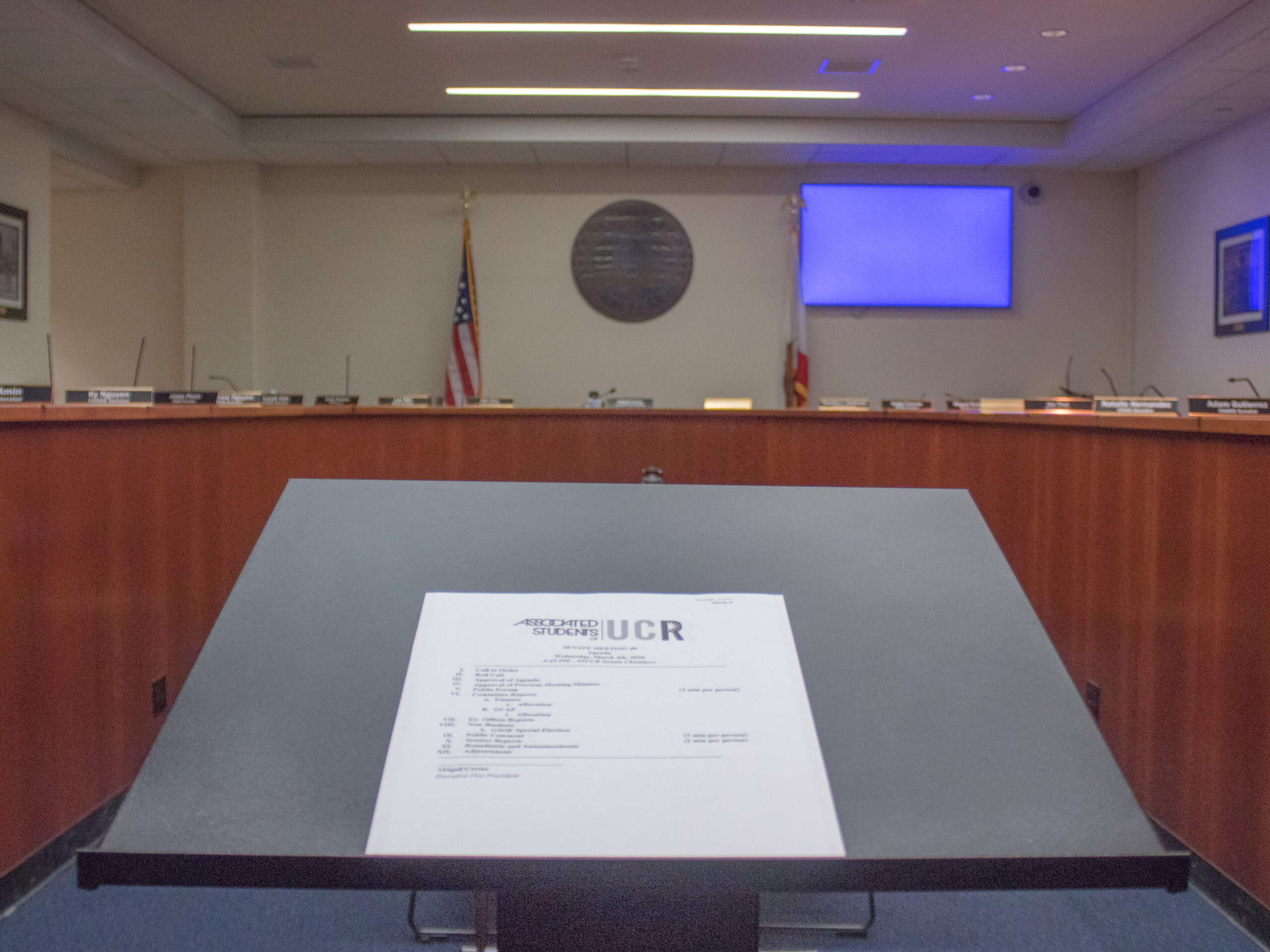 At the ASUCR meeting held on Wednesday, Feb. 3, the Vice Chair of the Student Voice Committee Mark Hanin, shared the results of the Classroom Etiquette and Academic Experiences Survey conducted last November. The purpose of the survey was to gather feedback on UCR students’ academic experiences and on topics such as inclusivity and classroom etiquette; its goal is to ensure that UCR students are able to succeed in the classroom. Through the survey, which received 139 responses, the committee learned that the majority of students rate their academic experiences and inclusivity experiences at UCR a 4 out of 5. Fifty-three percent of students reported having negative experiences while at UCR.

“There presently is no existing training that faculty administration and staff at UC are required to take that covers topics such as pronouns, disability etiquette, microaggression awareness, and other inclusive related topics,” stated Juturu. Juturu stated that the Student Voice Committee is currently working with the ASUCR Diversity Council to create a rough outline of the curriculum for these trainings and they hope to work with the ethnic and gender program officers in the near future to further these efforts as well.

The senate resolution was passed with a vote of 17-0-0.

Two constitutional amendments were discussed during the meeting as well. CA-W21-002 Amendment to GPA Requirement/Ballot Submission for Election was previously presented to the Legislative Review Committee during fall quarter and its purpose was to bring the GPA requirement for the holding office down to 2.0 rather than 2.5. The amendment was tabled due to concerns raised by the senate that the 2.0 GPA was too low. With the help of President Pro Tempore Orlando Cabalo, the amendment was rewritten and would implement a one-time waiver system for representatives with a serious reason for an academic decline. The amendment would also implement a requirement that 3/4 of the senate approve GPA alterations for holding and running for office.

CHASS Senator Morales raised a concern to the senate that their academics should always come before any position within ASUCR and while they can waive their GPA for one quarter, they should rethink whether that is the best decision for their academics. “I feel like if you’re already at that point where you’re struggling and you need help academically, you shouldn’t have to put ASUCR first.” BCOE Senator Leonardo Ballesteros also expressed concerns with the amendment, stating that it might promote “org culture” or the desire for individuals to over dedicate themselves to an organization. “I think we should always put our academics before any of the other extracurriculars,” stated Ballesteros.

CHASS Senator Christopher Kent expressed his support for the amendment stating, “I personally believe that 2.0 is totally fine. In fact, on the UCR register website, it says that anything above a 2.0 is good academic standing.”

The senate participated in a lengthy debate over CA-W21-002, and the amendment failed to pass with a vote of 11-1-5. It ultimately failed to meet the minimum 12 votes needed to pass.

CA-W21-003 Amendments to the Recall Process, authored by Cabalo, was aimed to create a more democratic and responsive recall process in ASUCR. “Currently the recall process is a near impossibility in ASUCR. However with this amendment, students will be able to more easily start recall efforts against elected representatives,” stated Cabalo in an interview with The Highlander. This amendment would make it so that only 2% of the undergraduate population would need to approve of a recall election for any given ASUCR representative. “My intent with this amendment is to bring more accountability measures within ASUCR. And the best way I think we can make the association more accountable, is if we give more power to students,” stated Cabalo.

CA-W21-003 will be voted on in the ASUCR general election this spring. The meeting was adjourned at 8:02 p.m.