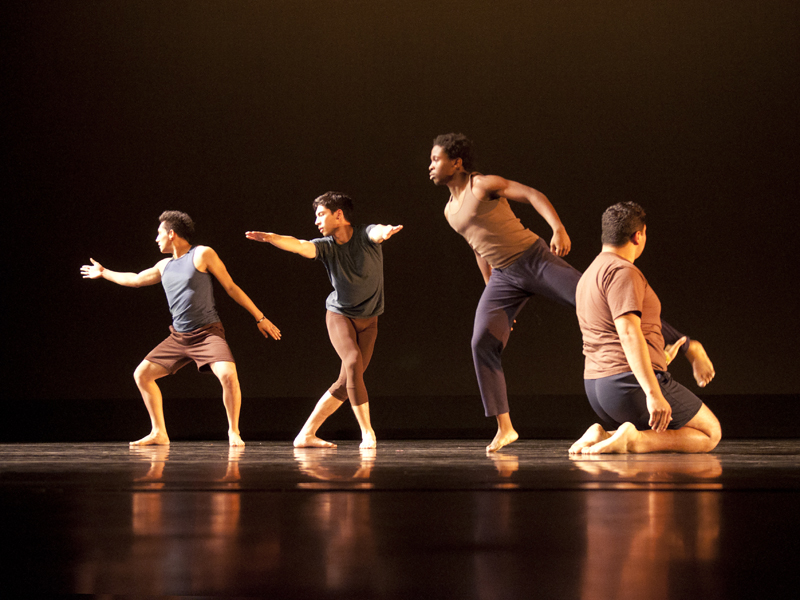 The annual presentation of UCR is Dancing arrived with innovative choreographies and fresh faces on March 8. This student production combines various dance genres in its pieces and deviates from standard monotonous dance routines.

Highly regarded by the students in the UCR Department of Dance, Artistic Director Joel Smith has been making theatrical dances in Los Angeles for the past eight years and is currently co-artistic director of Casebolt and Smith, a contemporary dance and theater duet company. With an extraordinary faculty, students majoring in dance are able to gain an in-depth experience with the event while forming a cultural and historical perspective on the art of dance. The show reflects the program’s commitment to undergraduate research and its goals for student choreographers to author their own work.

Casting is not limited to dance majors or “prima-ballerina” candidates, said Choreographer Sidney Spiegel. Spiegel, a third-year physics and dance student explained that the selection process isn’t dictated by technical skill but rather improvisation abilities, expressive movement and the courage to participate in avant-garde pieces. UCR is Dancing promotes the creative elements of dance and experimentation. According to Spiegel this event serves as “a big undergraduate thesis.”

Each piece was a medley of techniques ranging from ballet to jazz, vocalizing, running, laughter and the defacing of furniture. The production was dominantly led by chiming instrumentals with the exception of Professor Wendy Roger’s bold silent number. Dancers Patty Huerta and Edwin Siguenza graciously coordinated with each other’s bodies rather than sound.

For first-time modern dance spectators, “Circa” presents an unorthodox technical approach to be remembered. Every dancer radiated energy on the stage in an individual way and was bound to his or her group by gestures and physical interaction.

In order to highlight expressive dance, Emily Pulido, a second-year political science and dance student featured in two performances, said, “Most choreographers chose the absence of lyrics to accompany their pieces because they take away from the dancers and the piece.” Aware of the unconventional movements and unfamiliar music, Pulido explained the distinctiveness of UCR is Dancing as “a little wacky but entertaining.” “Modern dance needs to be experienced and given a chance before it can be appreciated because it’s an unusual art.”

Both science and humor were implemented in “Lights and Contradictions,” which involved a challenging performance in which the performers partook in chatter that could easily left anyone tongue-tied.

Several contrasting elements exercised on the stage made an artistic statement. The casual wardrobes were ironic for the picturesque choreographies, but it all came into play in the creative aspects of the performances. Constricting jeans and layered blouses were impressively compatible with the dancers’ elastic band movements. Some of us can hardly stretch in our everyday outfits.

Preparation for UCR is Dancing began about eight weeks prior to March and was demanding of lengthy rehearsals in order to adhere to high standards. UCR is Dancing, which ran from March 7-9, manifested courageous experimentation in every piece and evoked curiosity behind the creative process that made all of the choreographies so daring and unique.