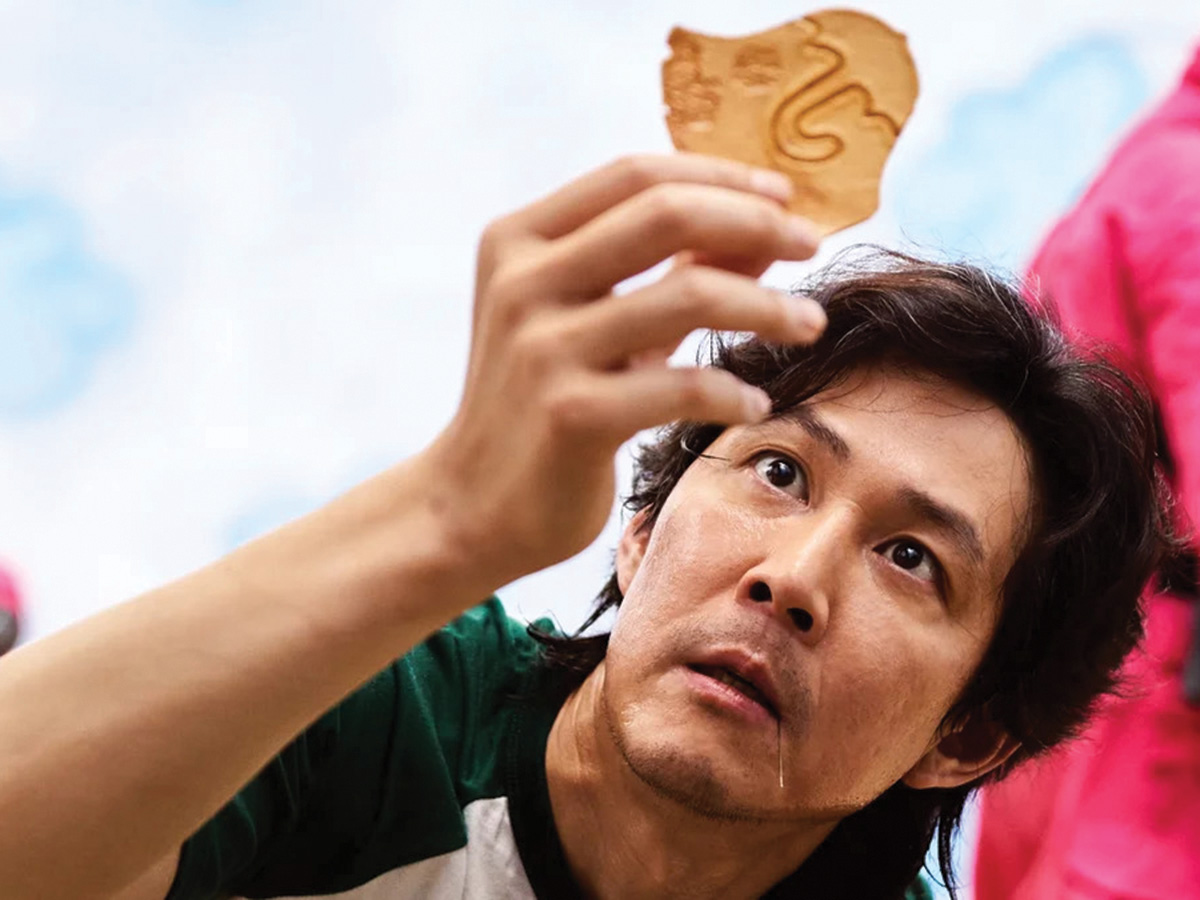 Netflix Korea’s latest series, “Squid Game,” is taking the world by storm as a strange and violent show whose ruthless and depressing atmosphere exposes a dark reality of our society. And this was specifically the intention of the writer and director, Hwang Dong-hyuk, who stated how he “wanted to write a story that was an allegory or fable about modern capitalist society, something that depicts an extreme competition, somewhat like the extreme competition of life. But I wanted it to use the kind of characters we’ve all met in real life.” As a result, this particular motivation perfectly encapsulates why “Squid Game” has become such a phenomenon as a visceral, yet addicting series that is on its way to surpass “Bridgerton” as Netflix’s most watched series of all time.

Set in a modern-day, capitalist South Korea, a group of 456 debt-ridden and impoverished players compete in a series of children’s games for millions in cash. While that may sound trivial on paper, the intensity is raised to an extreme as the price of failure is a contestant’s horrifying and instantaneous death. The developers of “Squid Game” delivered not only gut-wrenching gore and violence, but also psychological drama and warfare amongst the players. The desperate and unfortunate run parallel with murderers, thieves and psychopaths in the same hellish and torturous environment, managed behind the scenes by a ruthless staff.

Despite the pasts and circumstances of each player, the audience can see throughout each game how the rising stakes reveal each character’s morality and instincts: all desperate to survive, but hungry to win. Alliances are built and destroyed within the same episode, and the blurred equality within the game will upset many in the audience as it leads to many undeserved and meaningless deaths. And in the end, the price of the game is simply accumulated in a giant piggy bank hanging above the players as their deaths and actions are all done for the entertainment of the over-privileged. The feasibility of this notion is especially haunting for viewers, considering the many revelations of the uber wealthy and the exploitation of their wealth and power.

The show features many elements that define a great series, including a stellar cast delivering Emmy-worthy performances. Korean audiences will recognize many of the actors as veterans in the industry. Lee Jung-jae, a well known actor in the Korean film industry, plays the divorced and indebted Seong Gi-hun, who joins the game to settle his debts and earn his way to reconnect with his daughter. Opposite of Lee is Park Hae-soo, known for his role in the Korean adaptation of “Money Heist,” as Cho Sang-woo, a childhood friend of Gi-hun and a cutthroat businessman wanted by the police. HoYeon Jung, of Korea’s Next Top Model fame, plays Kang Sae-byeok, a North Korean defector desperate to save her family, and Wi Ha-joon stars as Hwang Jun-ho, an undercover police officer who sneaks into the game to locate his missing brother. And most notably, Lee Byung-hun and Gong Yoo, two of South Korea’s most acclaimed actors, make cameos as part of the game’s shady organization. For English-speaking audiences, Netflix has exceeded expectations with their dubbing cast, with experienced voice actors whose performances and delivery appear nearly seamless with the original scenes.

Many news outlets compare the show thematically to Korean Director Bong Joon-ho’s 2019 film, “Parasite,” which similarly took the world by storm and covers many social issues particularly those regarding classism and poverty in South Korea. Unlike “Parasite,” the show is much more direct in highlighting this struggle of the impoverished and presents the players in a manner that connects with audiences outside of Korea’s borders. Many understand the harsh reality of a capitalist society, and this allows the viewer to easily relate and empathize with the protagonists while also understanding the motivations behind the antiheroes and antagonistic players of the game, who themselves are desperate to escape their harsh circumstances.

Of course, like every part of life, the show is not without its faults or criticisms. While not a major hindrance, many scenes and plot points in the series are often drawn out far too long than needed. Oftentimes, the viewer may find themselves understanding the entire point of a scene long before it ends. The eighth episode in particular exhibits this issue as the episode stretches the drama out for as long as possible, despite the shocking revelations throughout the episode. The series could have greatly benefited from further editing to cut down certain episode’s length. Furthermore, some viewers may be turned off by the bizarre and grotesque nature of the premise, although this is often cited as the reason many viewers are attracted to this more realistic version of “The Hunger Games.”

Verdict: “Squid Game” brillianty taps into the nightmarish reality of a capitalistic society. With a stellar cast that delivers top-notch performances and intense violence, it’s no wonder the series is on its way to becoming the most watched Netflix series.