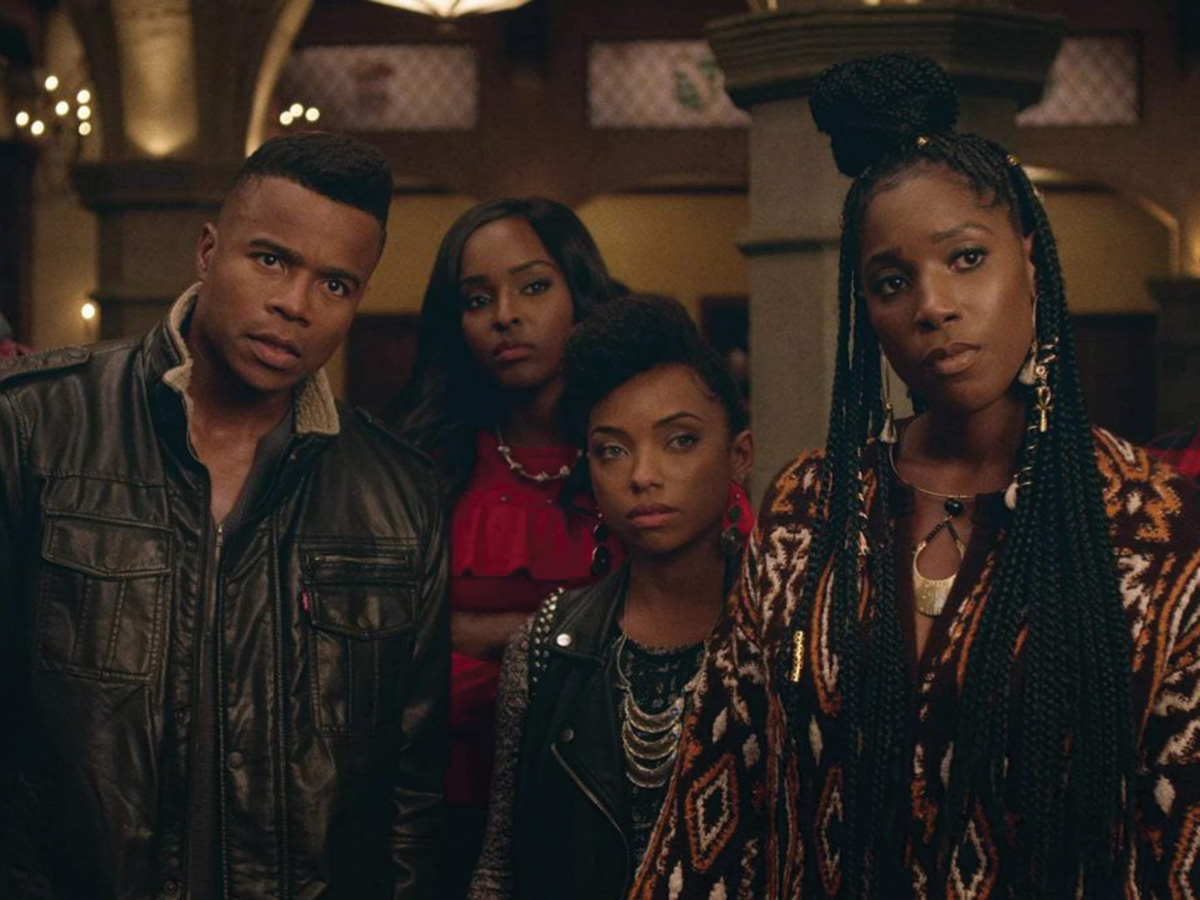 “Dear White People” was first released as a film in 2014 to critical and commercial success. Directed and written by Justin Simien, in 2017, he adapted his film into a Netflix television series, of which the fourth and final season was just released on Sep. 22, 2021. The film and the series both revolve around several influential Black student college leaders in Armstrong-Parker House, a residential housing dorm where the majority of Winchester University’s Black students live as they navigate the world of racial politics. The final season takes the series in an entirely new direction, changing both the tone and the scope of the entire show.

What has become most surprising is the series’ depiction of a Black Illuminati. While the Illuminati has been present in previous seasons, season four has finally brought them to the forefront. The show’s most threaded story plot amongst all four seasons of this 30-minute streaming comedy-drama is a secret society known as The Order of X. Nicknamed the Black Illuminati by the show’s protagonists, The Order is composed of elite Black alumni from Winchester University, the fictional college within the show. Members of the Black Illuminati now hold powerful positions within society as actors, politicians, university professors and tech entrepreneurs.

Many fans were surprised that the narrator, Giancarlo Esposito, most notable for his role as Gus Fring in “Breaking Bad,” was more than just an omnipotent God describing the internal thought processes of our main protagonists. In fact, Giancarlo is actually a member of the Black Illuminati, where a power struggle is taking place, and only through the help of two college seniors, Samantha White, played by Logan Browning, and Lionel Higgins, DeRon Horton, can the power balance be restored to the Illuminati. Giancarlo’s strategy seems to be to induct new members into the order that will align with him, all of which sounds very strange to Samantha and Lionel, who might also be confused as to whether they too have jumped into a different TV series.

The depiction of an Illuminati group into a series about racial politics on a modern-day American university campus feels off-putting, like a season of “Orange is the New Black” taking place outside of prison or a live-action episode of “Rick & Morty.” But somehow miraculously, Justin Simien, the writer and director of the series, makes the macrocosm plot devices of the series still feel relatable.

In the series, Black conservatives and Black liberals, are both secretly members of the Illuminati, who argue publicly in the polisphere and secretly preplan their public bouts of conflict and drama, knowing that the circus itself produces both ratings and book sales.

In the real world, we, just normal civilians, are simply the sheep that are allowing ourselves to be duped into purchasing controversy with our wallets, and this is the scary aspect of what Simien is pointing out that this may be more fact than fiction. Behind closed doors, the left and the right-wing talking heads might very well be golfing together and yachting together, merchandising the fact that they’ve gotten to us to hate one another over issues they pretend to care about.

Simien is tackling real world issues in this series. “Dear White People” is not the only place where the bourgeoisie of the left and the right get together behind closed doors. The truth that Simien is preaching through this dramatic-comedy series is that average everyday Americans on both sides of the political aisle are being manipulated by the 1% to hate one another because controversy and drama creates book sales and ratings for the 1% that profits off of us being at each other’s throats.

Aside from the Illuminati subplot, Simien has transformed the entire final season into a “La La Land” meets “Higher Learning” film about racial politics on a university campus. Fans of  Broadway musicals may enjoy the spontaneous dancing and singing that takes place here. Unfortunately, those who aren’t fans of that particular style of storytelling may be in for a rude awakening. There’s nearly a half-dozen songs per episode, as beloved characters express their internal emotional turmoils through song and dance.

Perhaps, one of the biggest and shocking changes made by Simien is that season four takes place in two timelines. The future and the present day both overlap with one another, giving the show a strange new science-fiction element never before seen before in this mostly standard comedy-drama. As the story progresses, it continues to split back and forth between Samantha White in the present and Samantha White in the future, who dawns a cool cyberpunk quarantine mask, because unfortunately we’re still dealing with the COVID pandemic in the cyberpunk future.

Verdict: “Dear White People” has set itself off in a bold new genre bending direction for its fourth and final season, and although it is no longer the series that viewers originally signed up for, it is still accomplishes the one primary goal of all art, it entertains, it captivates and it keeps the consumer wanting more.