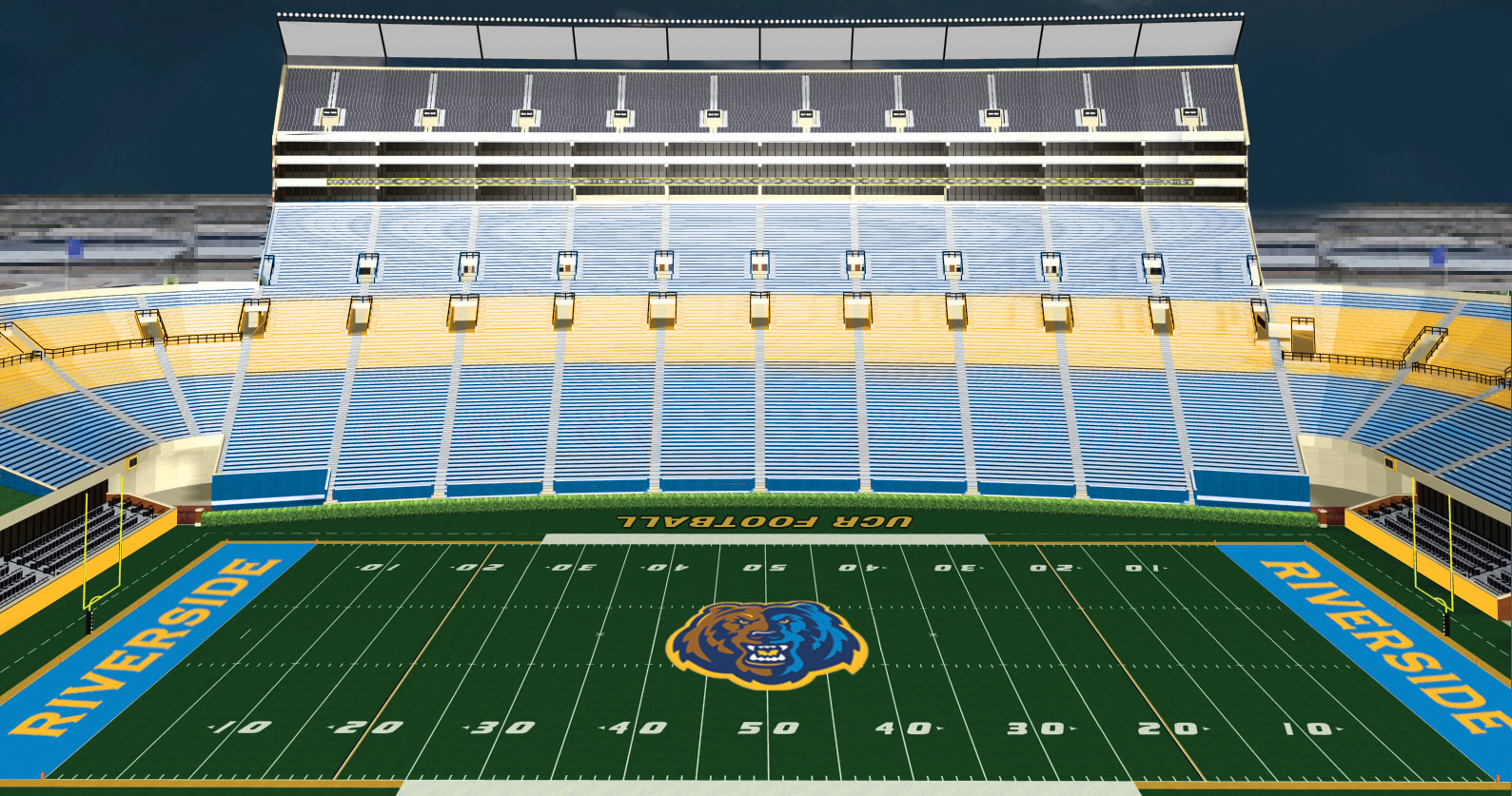 After winning their second national title in three years, the UC

Riverside Athletics Department has decided to a pursue a 10 million dollar expansion of the UCR stadium. The football program has seen every home game sell out within days and will look to add higher-tier seating to the  50,000 seat stadium.

The new expansion will serve as a reminder of how much the UCR program has excelled in just over 40 years. After pulling off a massive upset in the 2074 Rose Bowl over the heavily favored USC Trojans, the UC Riverside Athletics Department immediately started plans that constructed a massive 50,000-seat stadium at the site that once housed the Humanities Building at UCR.

UCR’s new stadium replaced the Johnson Arena as host for all of the Highlander football team’s home games. Naming for the arena was not determined until the 2076 season, where the Athletics Department settled on “UCR Stadium” as the official name. It broke ground by the end of January 2076 and was completed in time for the 2077 home opener against San Jose State.

At the time Highlander quarterback Brady Manning declared that the stadium would continue to do a lot of great things for Highlander football. “I honestly believe that our teams in the past were too good to be playing games at a 5,000-seat stadium that’s always sold out,” he stated. “I think this stadium has been a testament to the massive support and respect our football program has gotten and deserves after our Rose Bowl win.”

The Highlanders earned their first ever BCS Bowl victory in dramatic fashion, trailing the No. 3 ranked Trojans for nearly the entire game. With two seconds remaining at the USC 30-yard line, Highlander kicker Shane Janikowski converted on a 47-yard field goal attempt to send the game to overtime with the score tied 31-31. In the first possession of overtime, USC quarterback Jim Tnart was intercepted at the goal line by All-American safety Ed Reed III, who scored a touchdown on the return, sealing a 37-31 victory for the Highlanders.

Since the re-inception of UCR’s football program that was previously defunct for nearly a century in 2042, the team has taken remarkable strides under head coach Jim Saban, who led the team to its first non-BCS bowl victory against Bowling Green in 2058.

After notching 10-straight bowl victories, UCR was formally invited to join the PAC-30 conference in 2070. Despite the increased competition in a conference with an average of four top-10 teams annually, Saban continued to lure in exceptional recruiting classes annually, developing the program into a perennial winner and dominant force in the PAC-30 alongside the likes of powerhouses Oregon State, UC Irvine and Stanford University.

After Saban’s retirement in 2085, the program at UC Riverside continued to shine and win top-tier bowls culminating with their two national title victories in 2112 and 2113 under the leadership of Philip Jackson IV. With the new expansion set to accommodate over 10,000 additional fans, the Highlander football program will only continue to grow and will enter UC Riverside into the conversation of one of the greatest athletic programs in college history.