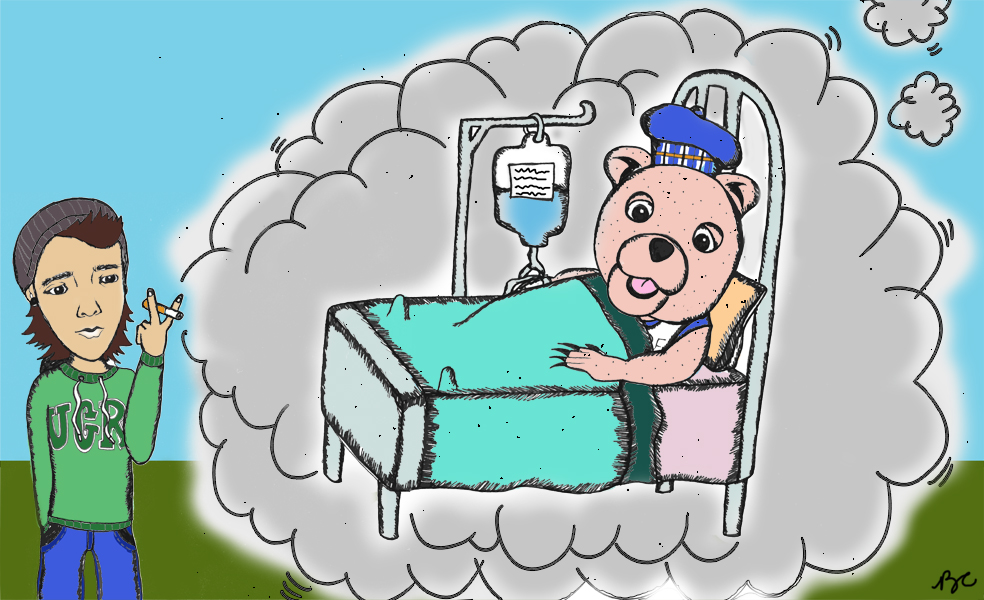 The state of California is well known for working to ensure the public health of its citizens. Before the United States passed the Clean Air Act of 1970, California had already acted to curb the smog enveloping the state by creating the California Air Resources Board in 1967. California voters approved Proposition 65 in 1986, which requires businesses to inform people when they are exposed to toxic chemicals. To prevent lead poisoning in children, the California legislature created the Childhood Lead Poisoning Prevention Branch, part of California’s extensive regulatory system designed to improve and maintain the public health.

All of these actions helped better the health and safety of the millions of Californians who would otherwise face the ill effects of dangerous chemicals on a daily basis. But though each is individually enough to cement California’s position as a pioneer in protecting the health of its citizens, one achievement was particularly groundbreaking: a 1995 ban on smoking in the workplace.

At the time, the law was viciously attacked by people who believed it took away the right of people to smoke cigarettes whenever and wherever they pleased. It’s easy to see why. When the ban was enacted, smoking was still fairly commonplace. A study conducted for the Centers for Disease Control and Prevention (CDC) found that 47 million American adults, or nearly a quarter of the population, smoked a cigarette at least some days out of the week.

But other states soon followed the path lit by California. Today, 37 states have at least one law on the books that safeguards the health of citizens by prohibiting smoking in a variety of enclosed areas, in large part due to California being the first to take action.

The UC system is now carrying on the torch of California’s legacy by moving to protect the health of the campus population and ban all smoking on its campuses by 2014. This decision has engendered the same predictable accusations of creating a “nanny state” that the 1995 law once suffered through. But like its predecessor, which has come to be seen as a foundational pillar in any health-oriented state policy, so too will the UC system’s farsighted move to shield its students from the dangerous effects of tobacco smoke.

It has been well publicized that smoking is hazardous to one’s health. Men who smoked 15-24 grams of tobacco daily, or about a pack of cigarettes a day, were found to have double the rate of lung cancer as the population as a whole. Smoking has also been linked to coronary heart disease, stroke, and numerous other adverse health effects.

If, knowing all this, the smoker still decides to start smoking, that is his or her own affair. But it is not the individual smoker’s decision that is problematic—it is the effect on other individuals in society.

Unfortunately, smokers don’t live in a bubble that can seal off the harmful effects of cigarette smoke so that bystanders are not exposed to the toxic elements within. They live in the real world, side by side with nonsmokers who have to deal with the consequences of a decision they did not make. People don’t have to smoke in order to receive the brunt of the deleterious effects on health caused by smoking. All they have to do is stand near a smoker and breathe in the smoke wafting from the lit cigarette.

In fact, this type of exposure, called second-hand smoke, is just as harmful, causing nearly 3,400 lung cancer deaths in nonsmokers annually across the U.S. and worsening the asthma of children who already are asthmatic. Even students who decide not to smoke because of the adverse health effects it brings with it can still come down with those diseases if they are within breathing distance of a cigarette.

If this is the case, then why not leave the situation as it is now? There are designated smoking locations on campus. Why can’t smokers be allowed their cigarette in one of them? Squeamish students, after all, could simply bypass that area in favor of a less smoke-filled route.

The problem with this approach is that the effects of the smoke linger, even after the smoker leaves. When a smoker lights a cigarette, the resulting smoke isn’t only inhaled by the smoker. It creeps into the fabric of the smoker’s clothes, winds its way into the nearby environment, and lingers in the air. And passerby would still be exposed to the smoke, even without the smoker who originally created it present.

Studies on mice have shown that even this level of exposure can be sufficient to lead to diabetes, cardiovascular disease and asthma. Knowing this, why would we allow such an activity in a public place that leaves such large numbers of students exposed to the dangers of tobacco smoke?

If smoking impacted only the smoker, the UC’s decision would be out of line. But the key is that people beyond the smoker are faced with the majority of the health effects. And when this is the case, the UC has an overriding interest to protect the health of the students who learn there, the faculty who teach there and the staff who work there.

All smokers who unwind at the end of the day by taking a drag of a cigarette, or who use a cigarette as a means to release nervous stress, will still be allowed to do so the way they always have. Students will still be able to enjoy their tobacco, just not on campus. It is only the act of smoking that the UC will prohibit, not the smoker.

The UC has the right and the obligation to place the safety of its people first, and by banning the act of smoking on its campuses, the UC has decided that protecting the health of its students and staff is important. Just like California nearly two decades ago secured increased health quality for its citizens by banning smoke in the workplace, the UC has pledged to improve the health of its campuses by removing the culprit altogether. Thanks to the UC’s foresight, starting in 2014, students will no longer know a world of smoke on campus. And we’ll all be the healthier for it.