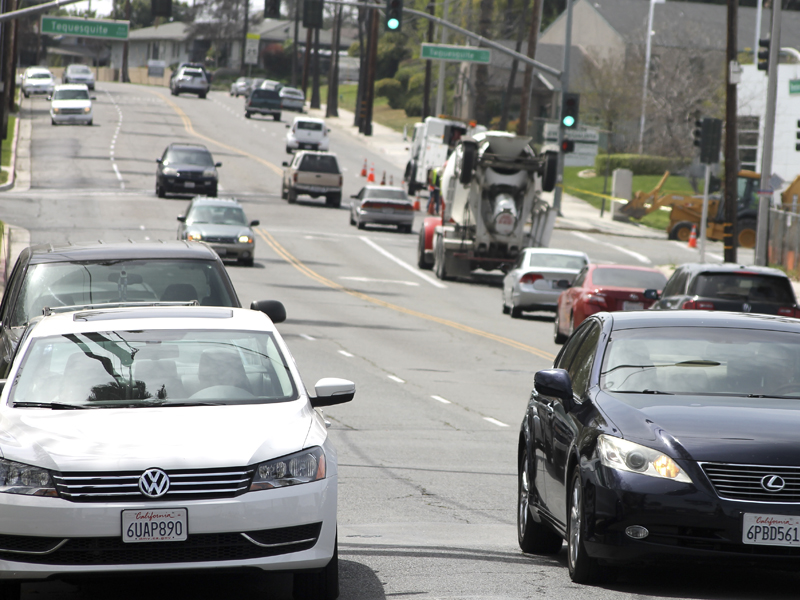 It’s not a secret that cities are trying to become more sustainable, not only to better the environment, but to avoid the continuing instability of gas prices. Improving on the infrastructure cities already have might be the best starting tactic, as opposed to converting all of the country’s machines into water-fueled vehicles and spending millions of dollars on implementing solar panels everywhere. The city of Riverside is doing just that by drawing up a plan to create safer streets for bicyclists. These safer roads will not only protect current bicyclists, but will encourage even more people to start biking.

Riverside has proposed the Brockton Avenue Bike Lane Project, which would redraw the lane lines of Brockton Avenue—a long road that goes halfway through Riverside, with destinations such as Downtown Riverside, the Plaza, Brockton Arcade and the River Trail. The new Brockton Avenue would include five miles of bike lanes by reducing the number of vehicular lanes from four to two.

The project was spurred by 2000 and 2010 censuses that revealed Riverside’s higher-than-average bicyclist count, more than that of San Bernardino County, and Riverside has one of the highest number of bicyclists in the entire state. Because of this, these accommodations for bicyclists are necessary and will undoubtedly encourage more people to switch transportation methods to bicycling.

The project mirrors the changes made to Watkins Drive, a shining example of increasing bicycle accessibility. Watkins was once comprised of four lanes, and is now a two-lane street allowing ample room for bicyclists to avoid motorized vehicles. What will differentiate the Brockton Avenue Bike Lane Project from Watkins will be the two-foot dashed buffer that will separate cars from bikes.

This is also part of Riverside’s strategy to encourage eco-friendly transportation through safe bike routes, increasing sustainability. According to Go Green Today, if one day is taken out of the week to ride a bicycle, carbon dioxide emissions are reduced by 20 percent. With the planned bike lane expansion, Riverside is definitely on the right track to reducing pollution in the city.

President of UCR’s Cycling Club Jeff Kocina mentioned that some of the bike members ride down Brockton two to three times a week. As a frequent user of the road, Kocina expressed his approval for the project, stating, “As a club we often ride through the downtown area, and Brockton is one of the many streets we pass upon. Creating bike lanes on Brockton would not only encourage more people to get out and ride bikes, but would also lead to a greener environment if more people start commuting to work/school. Bicycling is a great way to improve one’s overall fitness, and also a very good way to reduce one’s carbon footprint, which is especially important in an area such as Riverside where the air quality is rather poor.”

Brandi Becker, the bicycle coordinator for Riverside, has led the project and its implementation. According to Becker, Brockton Avenue was chosen for more than just an eco-friendly cause. There were many instances of speeding on the road, and the hope is that not only will bicyclists be safer, but other vehicles will be more inclined to stick to the speed limit.

With Brockton Avenue also being more of a neighborhood road, the additional hope is that more novice riders will be encouraged to ride their bicycles on the road. Not only will more bicyclists help improve environmental quality, it will also create a safer living area for pedestrians, bicyclists, and motorists alike.

Even though Riverside has just recently been designing new roads to encourage bicyclists to ride, according to Transportation and Parking Services (TAPS), a bike-share program had once been implemented at UC Riverside over 10 years ago. What caused the program to end were individuals who took the “share” aspect out of the bike-share program. TAPS also noted that in order to have a bike-share program there first needs to be a bike policy and safety guide.

But with these new roads making cycling more accessible, a new bike-share program can now be created again and will have a much better chance of success due to a much better infrastructure being put into place right from the start. Riverside is already putting grant money into this project, and some of those funds could be allocated to restarting the bike-share program. The money would definitely not go to waste as both these programs would support each other and work in tandem to increase the number of bicyclists on the road, especially locals and college students trying to get from their apartments to campus.

Although many citywide costs will arise in the process, it is ideal for the environment and cost-efficient for college students. For instance, the cost of tuition would probably increase to support a program that benefits students. Also, because UCR is a big commuter school, the need for bicycles on campus may be frivolous.

As for the city of Riverside, Becker stated that the the desire for Riverside is to focus more on what they already have rather than implementing something brand-new. By making small moves like redesigning roads, cities such as Riverside will be able to slowly transform into a more eco-friendly neighborhood instead of wasting money on over-ambitious projects with no promise of success or sustainability.