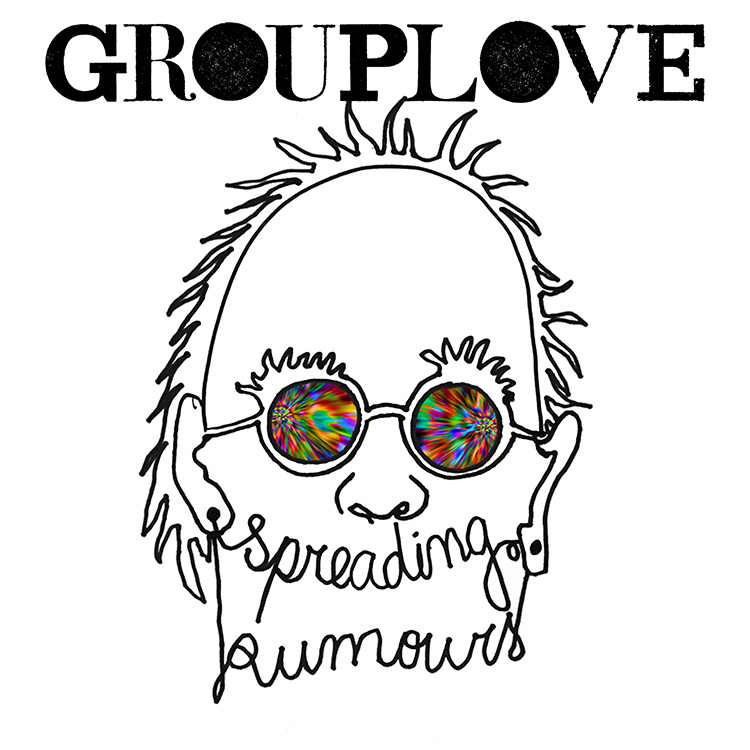 Honestly, I wanted to like Grouplove’s latest effort, “Spreading Rumours.” I really did. And while not completely devoid of good songs, bland and uninteresting are some of the only words I can use to describe the band’s second album.

“Spreading Rumours” starts off on a fairly strong note. The haunting “I’m With You” proves that Grouplove is capable of a serious song that is simultaneously upbeat and danceable. The infectious “Borderlines and Aliens” follows with an irresistibly catchy guitar hook, and lead singers Christian Zucconi and Hannah Hooper gleefully chant nonsensical lyrics such as, “I lost my head in the gate today / so ari ari arigato.”

After that, however, things start to go downhill. The track “Sit Still” leaves the listener feeling remarkably grounded, “Hippy Hill” never really finds its footing and “What I Know” sounds like it’s trying to be epic, but drags on for just a little too long. As for “Bitin’ the Bullet” — well, I don’t really need to explain what it feels like to listen to that one, do I?

What’s truly missing in this sophomore release is the unbridled and unpredictable energy that was ever-present throughout “Never Trust a Happy Song.” It’s as if they wanted to make songs that followed the Grouplove formula, rather than presenting the spontaneity of a track like “Lovely Cup.”

While songs like the lead single “Ways to Go” tap into this original energy, the album overall feels like an effort to get through. With most of the good songs packed into the first half, there isn’t necessarily a payoff for listening all the way through. Grouplove seems to have forgotten how to have fun. While serious or meaningful songs are never a bad thing, any band would do well to remember what they’re specifically good at, and to not try too hard to reproduce their own sounds.

“Spreading Rumours” is most definitely fun at its peaks, but there aren’t enough of them to salvage the album as anything more than slightly better than mediocre. Hopefully Grouplove can blend their serious and fun side more seamlessly on their next record, but for now, “Spreading Rumours” shows they have a ways to go.