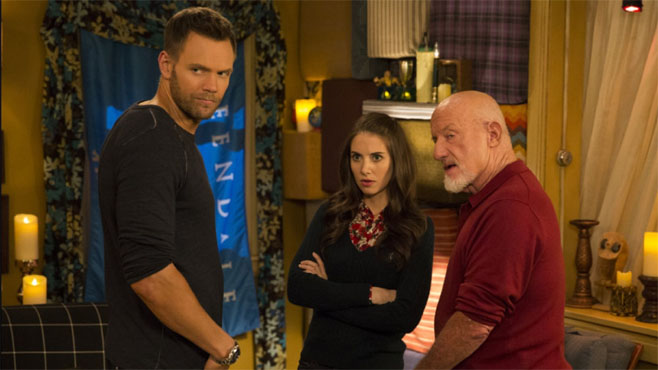 In these reviews, I’ve frequently pointed out references and similarities to previous seasons of “Community.” I’ve yet to decide if all these callbacks are a good thing or not. On the one hand, the similarities to previous seasons make season five feel much more like a season of “Community” than season four ever did, but often, the callbacks only serve to make me feel nostalgic.

This week’s “Advanced Advanced Dungeons and Dragons” is the most explicitly similar episode since “Repilot,” and boy, does it have its work cut out for it. In his meta way, Abed (Danny Pudi) says sequels are hard to do, but they’re probably harder when the original is really good.

Like the episode with Neil, the group — namely, Abed — come up with a game designed to fix the issue between Hickey and Hank. However, Hank sees through this right away and refuses to do what the others want, marking a shift away from the “Advanced Dungeons and Dragons” plot.

I had high hopes that the splitting of the group would mean something, and for a time, I thought it might. Hank seemed more willing to compromise with others to get to the goal — finding the necromancer’s castle before the other group, for instance — while Hickey wanted to play aggressively. I thought these different styles of play would factor into the inevitable final confrontation. But when both groups reached the castle at the same time, it just became an all-out bloodbath with only Hickey’s and Hank’s characters surviving.

However, while they were all fighting, the Necromancer — created by Abed as the game’s villain — snuck out the back of the castle. Hickey and Hank are upset by this, but because I didn’t like that everyone became overly violent and killed each other, the non-ending of the game was satisfying for me.

A lot of the sequences within the Dungeons and Dragons game were really funny. I particularly liked Abed’s rendition of two different goblin guards as well as the dean’s failed attempts to send Jeff his handwritten letters. But ultimately, “Advanced Advanced Dungeons and Dragons” suffers from the same lack of emotional impact that a lot of the “Community” episodes this season have suffered from.

Of course, part of that lack of emotion stems from the fact that this is as much a reboot as it is anything. We started with a pilot episode, so theoretically, we should treat this season of “Community” like a first season. With so many of the characters already established, however, it makes it hard to treat the show like that.

In the case of “Advanced Advanced Dungeons and Dragons,” much of the groundwork was laid to make the episode not only fun to watch but also important in these characters’ lives. Jeff talked about his father issues pretty openly, and of course, Hickey not getting along with his son is actually pretty important.

But the episode just kind of fizzles out at the end with Hickey and his son arguing over the game. The moral seems to be even if they hate each other, they’re at least talking. And while this may appear congruous with a show which has time and again proven that its characters may argue but want to be together nonetheless, the fighting that Hickey and his son do — both in gameplay and in the real world — seems too vitriolic to really fit.

If the show wants to keep Hickey around, it would benefit the show to have this incident with Hank matter in the future. Otherwise, the episode may have been fun, but I’d rather revisit “Advanced Dungeons and Dragons” by watching the original episode on DVD.