“Ours is the Side”

The powerful family of the current king, Wilcox Highland, first of his name, may glory be unto him. An old house that grew much of its original power from its bountiful citrus groves and mighty tartan-clad warriors. House Highland rejoiced in River’s Landing’s ability to aggregate peoples from many lands, but for ages it was mocked by other houses as a land of the dejected, giving their keep the condescending title of Reject’s Landing. However, House Highland steadily grew to rival that of their bitter rivals, House Longsnout, and even House Gaucho. And in recent years, House Highland ascended to the Iron Throne, and is now home to the most elite of Californios rather than the rejected. Powerful ties to powerful guilds like that of the Panda and Omnipotent Mouse allowed House Highland to rebel against the tyranny of the previous ruling dynasty, House Regent. And whose side won? Our side. Ours is the Side of victory. And so they are our words. 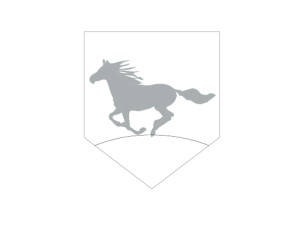 The northernmost of the Universal Houses, they are one of strength that is almost as excessive as their feeling of superiority. Being so far north, they are one of the only Universal Houses that can experience the strange sky substance known as “snow” and the winds of a queer time called “Winter.” Once upon a time, they were matched only by House Bruinster and House Oskigold in power and prestige, but the old gods and the new seem to favor the southern lands and their lack of “hella,” and thus House Triton and House Gaucho rose to a greater power. The proceeding game of thrones between all the southern lords oft leaves House Aggie commonly forgotten, though only fools completely discount their worth. House Aggie is also the only House that holds agriculture dear to them, and much of their lands are pastures, which attract hordes of bulls and cattle that proceed to wipe out everything in their destructive dairy-laden wake. Thus their words are ones of warning: “Cows are Coming.” 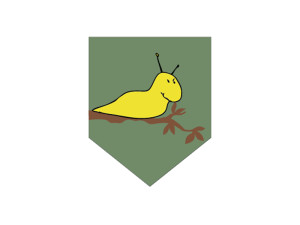 “As High as Mountains”

A peculiar house that prefers their solitude and enjoyment of nature rather than participating in the game of thrones that the other Universal Houses engage in. Their seclusion is as thick as the woods that surround their mighty keep, and thus they are shrouded in mystery. No man alive knows why they chose a slug as their sigil; sneering southern lords call it an embrace of their meek nature while neighboring smallfolk claim that the creature is a staple in some foul magic that House Samslug engages in, accusing them of witchcraft and exploration of other worlds. Regardless, they keep to their mountain lands and they keep to their trees, and so they are As High as Mountains. 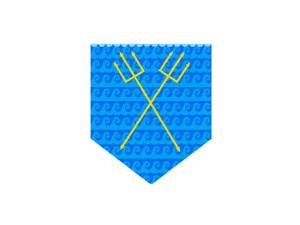 The most southern Universal House and a powerhouse of the sea, who honor a drowned god by taking his weapon as their sigil. Like House Aggie and House Samslug, they live in seclusion apart from the other warring lords, but where those other two are stagnant in their solitude, House Triton has only prospered. Their prowess in war and wealth is ever-growing, to the point where they are at the same level as House Bruinster and House Oskigold, though hardly any pay that fact any mind. That prowess, whilst not at the tip of every tongue, is nonetheless undeniable, and so they are Undisputed. There’s hardly a battle they have ever lost, and so they are Undefeated. And their pride and joy comes at a considerably young age — Undergraduates. And these three words make their motto. 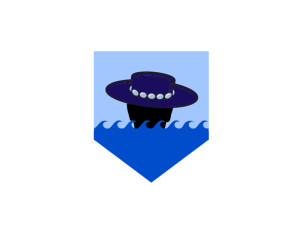 House Gaucho of the Barbara Coast

House Gaucho sits upon the bay and has great command of affairs with the sea, a command only rivaled by House Triton to the south. They have managed to keep their power steady, never reaching the ranks of the highest of lords or sitting upon the Iron Throne, but also never falling in the lower echelons. But above all, they are known as a festive people, whose debauchery is known throughout nations and is unceasing, and people from all across the land hear tales of and go on pilgrimages to the Barbara Coast for the celebrations of Hallow’s Eve. The constant speed at which they celebrate, broken only by moments in which it increases, gives them their words “We Do Not Slow.” 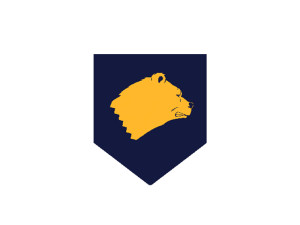 The oldest Universal House in all of Californios, and often considered the strongest and most prestigious — a title they would hold unquestionably were it not for House Bruinster, and of course, the now royal House Highland. Their age has made them a prideful people, and they remained a kingdom independent from Californios for a considerable time. But old age comes with old ways, and old ways are stubborn to die off, and thus they keep to an archaic form of cycles in the year. Their northern environment engages them in an appreciation of trees like that of House Samslug, although they oft produce shrewd businessmen that only those of House Highland can ever compare to. Their old ways, their economic values and the strict codes by which they live is reflected in their simple words: “Semesters, Business, Honor.” 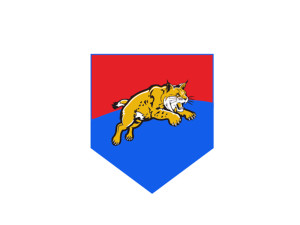 The youngest of all the Universal Houses, whose quick ascension to lordship has been looked down upon as a mere up-jumping by the other Houses. All lords of the other Universal Houses are at constant odds with one another over who is more dominant over whom in this or that manner; however, the one thing they can all agree on is that House Tacbob is the lowest of the low in every way. But maybe this is more a matter of their youth as opposed to being baseborn or inferior as other high lords might sneer. House Highland, after all, was once considered the lowest of the Universal Houses, and now it sits upon the Iron Throne. The words of House Tacbob are “Growing Strong” and their sigil is a small cat, so maybe in time, this young cub will indeed grow strong into a proud lion. And lions, as we all know, have sharp claws. 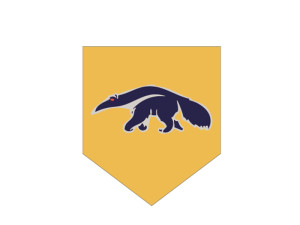 Those of House Longsnout are a quiet people from a quiet land, but that never made them any less determined. They are the closest Universal House to House Highland, with Irvant Hill being less than a day’s ride from River’s Landing, and they have much in common with House Highland. One might think that such proximity and similarity would bring about strong bonds, but this is Californios, where friendship carries little worth compared to power and prestige, and so House Longsnout and House Highland became bitter rivals. Throughout the battles of old and jockeying for power in the past, House Longsnout seemed to be just a few steps ahead of House Highland, but it only takes a few steps to become first in some races. And so they adopted the motto “First in Battle,” and then took the anteater as their sigil, for they claimed to be the all-powerful beast casually eliminating the pests around them. But pride prevents progress, and in only a matter of years, House Highland, the rivals House Longsnout deemed lower than themselves, rose up and now sit upon the Iron Throne. 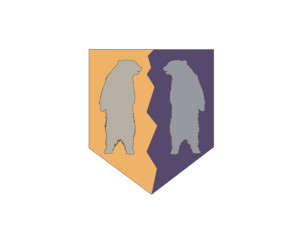 The wealthiest and most notorious of all the great houses. Oft when folk think of the Universal Houses of Californios, this House will be at the forefront of their minds. The world over is envious of their prestige and wealth, though those part of this great house can also often turn out to be arrogant and prideful to a fault, blind to the worth of the other Houses. And though they do not sit upon the Iron Throne, their influence is vast and palpable. Their castle is the biggest of all the other houses, and is only preceded in age by that of Berkeley Garden, the home of House Oskigold. But there is no denying that the warriors of House Bruinster are some of the finest, as they are perpetually engaged in a bloody rivalry with another strong house near Angeles Rock, House Troy. Their constant battling and frequent victories gives them the proud words “Hear Me Score.”