Highlander
Home April Fools Existentialism offered as major, students question why any of this even matters 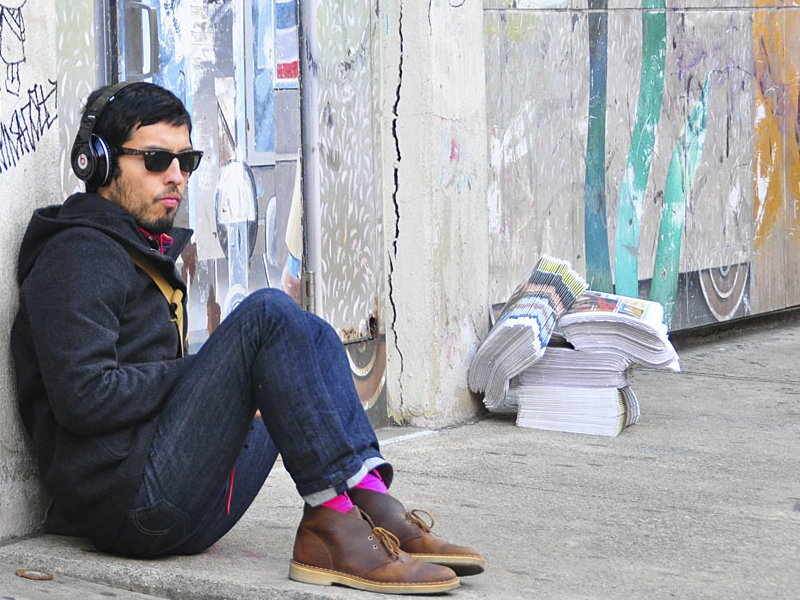 Beginning in fall 2014, UCR will offer existentialism as a major under the College of Humanities, Arts and Social Sciences (CHASS) to meet the growing number of undergraduates — totaling 25 percent of all UCR students — who are still undeclared. Labeled as a philosophical movement emerging in the 19th century with such thinkers as Friedrich Nietzsche, Soren Kierkegaard and Fyodor Dostoyevsky, who opposed the intellectual climate of their day, existentialism emphasizes the passionate individualism of the human being in what can seem to be a discordant world.

The existentialism major began to pick up steam within the UCR community after fourth-year student Seymour Apple could not pick a major to graduate with. “After countless hours of searching through the campus catalog for majors, I just felt like I was having an existential crisis,” he expressed. “And then it hit me, that existentialism was the best major for me.”

It was then that Apple decided to draw up a student petition, calling for the institution of an existentialism major on campus. With more than 15,000 signatures under his belt, Apple was able to appeal to the Academic Senate, which approved his request last week. When chair of UCR’s Academic Senate, Jose Wudka, was asked why it would be offered as a major, he replied, “I thought it would be fun.”

With the major in full swing, courses such as Human Arbitrariness are set to be taught in the beginning of the 2014-15 academic year. Students will learn about such contemporary events as the Malaysian flight, which has left the world puzzled with 239 passengers missing. Students will also reflect on what is outside a human mind’s realm of rationality and one’s continuingly distant relationship to the world.

Complications are quickly arising in establishing the major, however. Due to its anti-doctrinal nature, faculty members such as philosophy professor Dan Chickens argue over what kind of classes should be taught. “Some faculty wish to teach the structures present in all human existence, such as fear, dread, anxiety, the absurd, hope and existence before essence,” said Chickens. “While I think others want to emphasize the power of human development over rational and impersonal inquiry and knowledge that seem to put limits on human relations to the world.”

Still, members of the UCR community are skeptical about even having professors teach the classes, believing that this would be harmful to the students’ growth as they learn about what it means to be an authentic thinker. Many potential candidates applying to be a professor in existentialism turned the position down, expressing the sentiment that existentialist thinking is in direct contradiction to the spirit and principles of the university. Other applicants held the concern that the major itself would not prepare students for the job market.

UCR staff member Mary Ibarra is concerned that the major will have a negative impact on students. A national study on public colleges has shown that 12 percent of students who majored in the subject suffered clinical depression following graduation, and 17 percent committed suicide. Furthermore, 35 percent of all students who took existentialist classes at these select campuses ended up dropping out as a result.

With the major set to become available in the fall, second-year undeclared major Jose Reyes was initially enthusiastic that UCR would be offering existentialism. He planed to switch over as soon as possible. “I was originally a business student because my dad wanted me to make a lot of money, but my heart just wasn’t in it,” he said. “Existentialism has my name written all over it.”

However, after realizing what the major is about, Reyes now plans to drop out of school completely. “The university is just an artificial prison designed by the powers that be to put a check on human potential and create citizens of debt!” Reyes yelled out as he walked away.