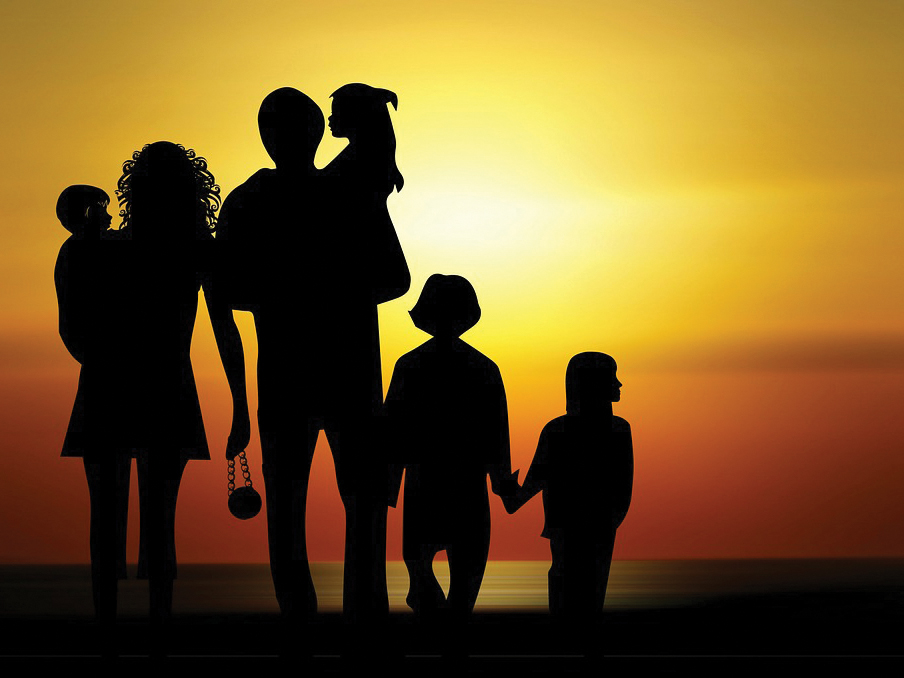 Title: The sacrifices for privilege

Being of Mexican descent, I often don’t realize the sacrifices that were made to allow me to live the life I have here in the United States. If it weren’t for my grandparents, I wouldn’t be in the privileged situation I am in. My grandfather made the ultimate sacrifice to leave my grandmother and his children behind in Mexico to look for work in the United States. When he came back, he granted them the opportunity to immigrate to California to live a better life. and the rest is history.

In December of 2015, my grandmother passed away. Looking back at her funeral, it was hard to swallow. She was the first grandparent I’d ever lost, and the experience was overwhelming. Seeing my dad cry like I’d never seen him do before was heartbreaking. Considering the sheer size of the family she’d left behind, consisting of 11 children and many more grandchildren and great grandchildren, the weight of her death was a heavy hit for all of us to take.

Overall, 2015 wasn’t the best year.  Not only was it tough losing a grandparent, but I was also struggling with severe anxiety. I felt alone, relationships were torn apart and I was depressed. I would often wake up to start the day and feel something was wrong, and the thing with that kind of anxiety is that you don’t know why something feels wrong — it just does. It was a dark year for me, one in which I had to battle with personal issues.

With all of this in mind, I entered 2016 in a state of heightened awareness of my life, deciding that I should live more in the moment, improve my social life and deal with my mental issues once and for all.

During the first half of 2016, I met many new people and gained new friends thanks to Latino Union, a nonprofit community service organization that I was a part of at school. With these new friends, I experienced moments I’ll never forget and friendships that I hope will last beyond school. I began to have more people around me that I loved to be with than ever before. And school itself was going great. My grades saw a vast improvement from before and on the family side of things, my second nephew was born.  All in all, I was happy for the first time in a long time. Things actually got better.

There I was in the same place as I was nearly a year prior, but I was different.

But then my grandfather passed in September of 2016. The man who sacrificed everything to let his wife, children, future grandchildren and great grandchildren live a better life was gone. As I looked toward my family and other relatives in the same exact funeral home I was in 10 months prior and at the same exact cemetery, I felt a powerful feeling of love and togetherness. There I was in the same place as I was nearly a year prior, but I was different. I had amazing friends and a loving family with a new nephew whom I adored. My anxiety at this point was gone as well.

I realized then at my grandfather’s funeral something that admittedly wasn’t present at my grandmother’s funeral: Privilege. I truly am privileged for the life my grandparents made for me. I truly am privileged to be alongside my family even in the darkest of times, and I love them for that. I truly am privileged to have amazing friends, friends who will continue to support me. And I am truly privileged that I am in a much better mental state than I was before. That’s what 2016 taught me.
So I say this: Love your family as hard as you can, spend as much time with them as you can. Enjoy being in the moment with great friends all around you. These are people who will support you as long as you will be there supporting them. Sometimes we just take these things for granted and don’t stop to wonder how lucky we are to be in privileged situations when it could be much worse. And for those struggling with personal battles such as anxiety, the cliche saying, “It gets better,” is definitely true. I can personally vouch for that.

Title: Self-love is the best kind of selfish

Last year, my paternal grandmother battled with a motley of different medical issues, the most volatile being lung cancer. After living a nomadic lifestyle, moving to places such as Oregon and Los Angeles, she, along with my cousin, moved in with my family and I and therefore finally settled down in her hometown of San Diego. I was especially happy because this opportunity would grant us some time to bond and become well acquainted.

Over the course of the next few weeks, we became closer, and I felt as though it was a blessing that she had decided to live with us. When she passed abruptly on the eve of Thanksgiving, my world turned into shambles. I was hurt, but it also seemed like I had temporarily lost my resolve in excelling in academics. Having lost my maternal grandmother a year prior, all I could think about was how fate had a sadistic way of playing games with my family.

To make matters even worse, all of this took place right before the beginning of finals. I thought about how I would have to use the remainder of Thanksgiving break to reclaim some sanity and rebound so I could tackle finals productively. But the task seemed too much to bear, especially in the thick of it all. I needed a way to deal with my grief. What was the key to channeling it all in a useful way?

Once I got back from break, the answer didn’t come immediately. As I went to class and resumed the routine of college life, I felt like something had changed in me. I was still the same, but I felt like I owed it to myself to do better, if not for my grandma, to prove to myself that I wouldn’t let grief put a nail in the coffin of my grades.

The act of being selfish carries its own stigma, but the only reason why being selfish ends up not working out for some is because they apply their selfishness on the wrong things.

I decided that the best way to suppress my pain was to become a little selfish. I made sure I allotted myself ample amounts of time to be alone. In these times of solitude, I gave myself multiple reality checks, such as reminding myself to keep a decent diet for the week ahead and get full nights of rest. I limited my social interaction with friends and monitored the time I devoted to Netflix. Once I got these distractions narrowed down, the only priority I became fixated on was ensuring that I was taking care of business.

Once I did this, I found that it was easier to study because my mind wasn’t jampacked with a million other thoughts and worries. After repeating these actions I saw myself conquering finals week with a vigor I never had before. It felt empowering to have a sense of pride in knowing that I had channeled my grief into school productively to finish the fall quarter strong.

The act of being selfish carries its own stigma, but the only reason why being selfish ends up not working out for some is because they apply their selfishness on the wrong things. Don’t be afraid to cut back and be a little selfish at times. Sometimes when you strip away all of the extra things in your life, you’ll find that it’s so much easier to conduct yourself. Every day we tack on plans that we don’t necessarily have to fulfill, because we think it’ll service us at a later time.

It’s amazing to look after others and care for them, but it’s equally as important to ensure that your happiness is also met.