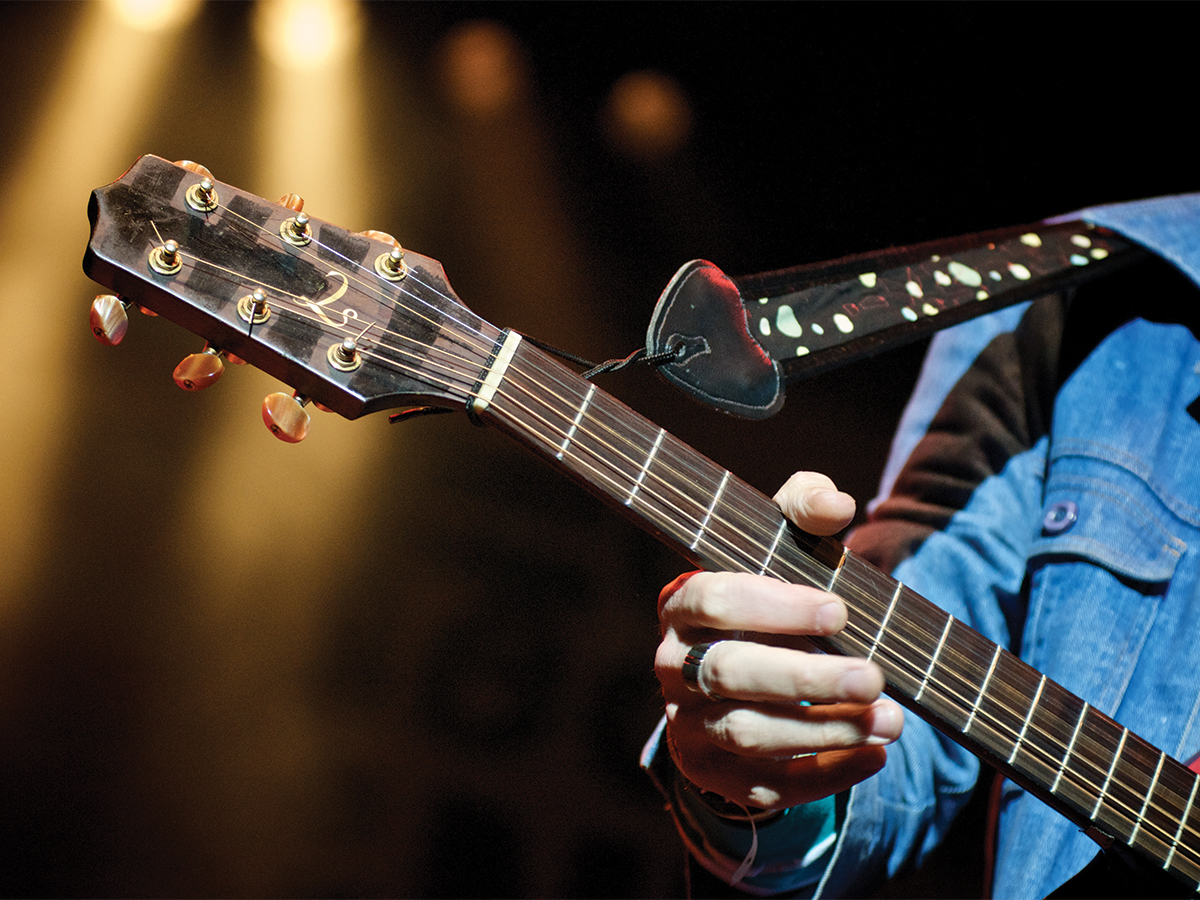 Searching for new music can be very intimidating due to a plethora of artists and genres available to choose from. However, searching for new music can also be the most rewarding experience when you discover that hidden gem of a song or artist. This search for new music is difficult for most genres, but there is no such music like that of indie and alternative, a genre which you can easily discover something so great and terrible all at the same time. This problematic situation brings us to this week’s article of Radar 101, a new section where we trim the fat and bring you some of the best that music has to offer. This week we are featuring five indie and alternative albums that both new and frequent listeners will be sure to enjoy.

Kicking off this list is Phantogram with their recent album release titled, “Three” (2016). Phantogram is an American music duo consisting of Sarah Barthel (lead singer and keyboardist) and Josh Carter (guitarist and backing vocals). Their debut album, “Eyelid Movements” (2009) brought Phantogram much success with their notable singles, “When I’m Small” and “Mouthful of Diamonds.” This album grounded them with a dark, dreamlike sound, which they have matured into the more dynamic and beautiful, somber sound that they have today.

“Three” is an album that will make you burn with an overwhelming sorrow of beautiful madness, after all, this album was completely re-written after Carter lost his sister to suicide. The opening track, “Funeral Pyre” sets the album ablaze with heavy vocals and even heavier electronic synthesized beats, perfectly setting the tone for this impactful album. Songs that are a must listen to are “You Don’t Get Me High Anymore,” a song about drug addiction and failing relationships, “Barking Dog,” a slow song that will jerk at your heartstrings as Carter sings about his lost sister, repeating the lyrics, “Hurt people, hurt people too” and “Destroyer,” the second to last song on the album which brings the entire album home — along with your swelling feelings. Overall, “Three” is a momentous work of art and is a must listen.

“Ocean by Ocean” by The Boxer Rebellion

“Ocean By Ocean” is quieter than “Three,” however its “quietness” is what makes the album worth listening to.

Formed in the year 2001 in the heart of the United Kingdom, The Boxer Rebellion carries the caliber of Coldplay stardom and “Ocean By Ocean” is no exception. Mixed with Nathan Nicholson’s amazing range of vocals and smooth instruments, you will want to find a room with great acoustics and play this album at the loudest volume. “Big Ideas,” “Let’s Disappear” and “Redemption” capitalize on Nicholson’s range of vocals, making you wish you were somewhere else with the one you love. A light and uplifting album, “Ocean By Ocean” will lift your spirits when in need.

“Our Own House” by Misterwives

Misterwives is a five-person indie band who claim No Doubt to be their greatest influence. Lead vocalist and songwriter Mandy Lee cleverly strings her seemingly poetic lyrics and energetic vocals, melding the group’s pop-like guitar, funky saxophone and groovy bass which creates a bubbly sound that makes you want to stomp your feet and move to the beat.

Misterwives take their name to full account as Lee claims that the four male members are all married to her and she is married to music, developing a feminist approach to music which can be heard throughout their album. “Our Own House” fantastically introduces the group’s sound with some of the best instrumentation and lyrics the band has to offer. “Reflections,” “Hurricane” and “Imagination Infatuation” carry this further, providing a surge of energy to the listener while at the same time providing the message that women are no man’s playthings. This dualistic approach to music is both intoxicating as it is empowering for the listener, whether you are a self-proclaimed feminist or not.

After their successful first album, “xx” (2009) and their much less so sophomore album, “Coexist” (2012), “I See You” takes The XX back to form by learning from their faults, creating a more dynamic third album. “I See You” brings out what “Coexist” could have been, with greater sampling, more dynamic co-vocals and experimental songs that work all so well. “Say Something Loving” brings that dreamy electronic sound back to life with unforgettable lyrics. “On Hold” is the forerunner song of the album with its more pop-like sound, but “Replica” is the best that The XX has to offer. Do not pass on this album.

“Sunlit Youth” (2016) by the Los Angeles-born band Local Natives, will remind you why you loved music in the first place. Enjoyable, full of life, hopeful, pleasant, yearning, are only a few words that can describe this album.

Local Natives take on a more atmospheric sound with “Sunlit Youth” in comparison to their previous work. The mixing of dynamic choruses, crescending drums, meticulously driven guitars and bass, make for an unforgettable listening experience. Whether it is “Past Lives,” “Dark Days,” “Coins,” “Father Emanuel” or “Everything All At Once,” you will be sure to find your favorite song, which will be likely to change the more you listen to it, a feature that this album does wonderfully.

Overall, it can be hard to find something new and exciting; with this list you will be sure to find that something you have always been searching for. Until next time, keep on listening.