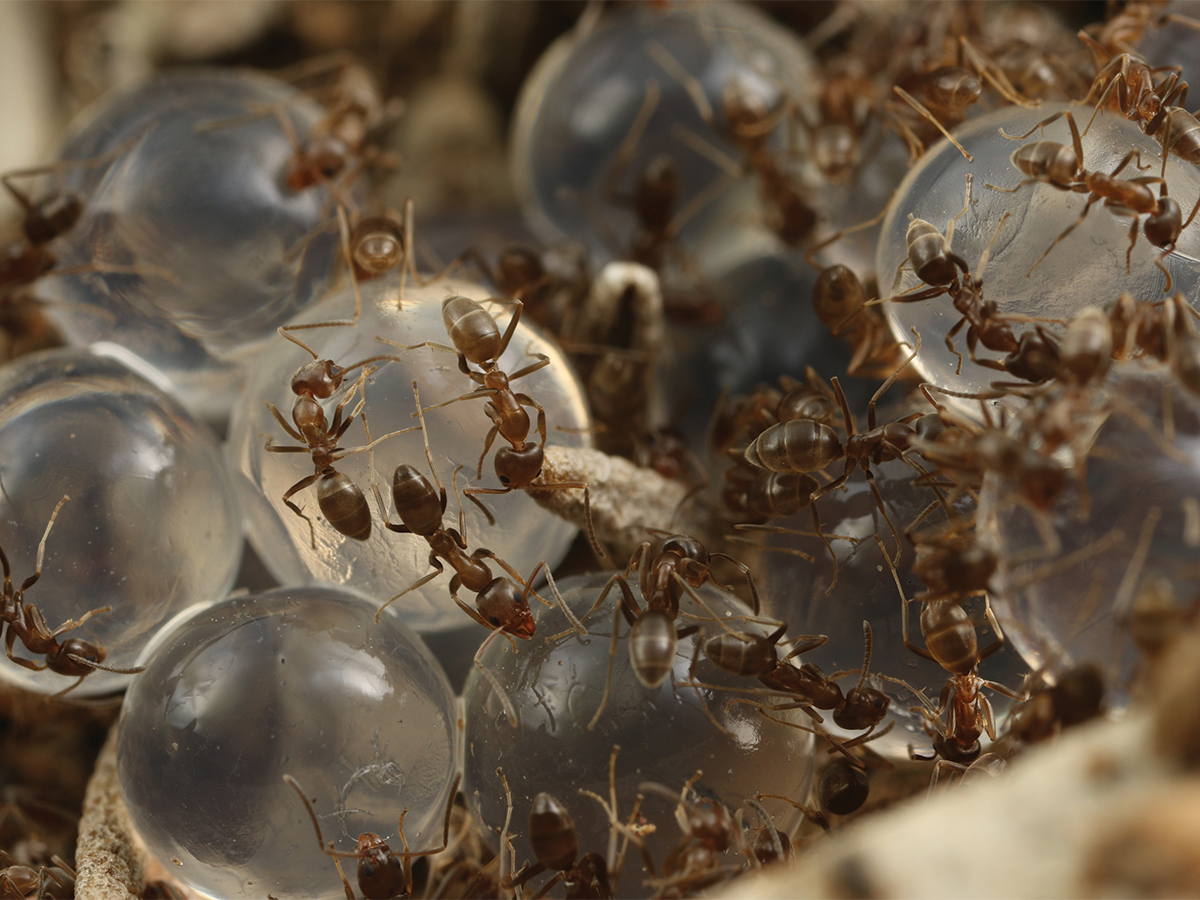 Four researchers at UC Riverside have invented gel capsule baits, dubbed “hydrogel,” that will help manage the invasive Argentine ant populations. These ants are considered pests and are particularly concentrated on the coastal counties of California, infesting homes and disrupting native species’ habitats.

The baits, composed of a seaweed base, brought the ant population down by nearly 70 percent after a treatment of about four to five weeks. The baits were soaked in water infused with sugar and a very small amount (approximately one milligram) of the pesticide thiamethoxam, a neonicotinoid agent that attacks an insect’s nerve system resulting in paralysis or death.

In an interview with the Highlander, the chief author of the paper, Jia-Wei Tay, explained the bait’s safety and sustainability for ant extermination. “Traditionally, people have used spray insecticides to control Argentine ant populations, but the misuse of pesticide sprays can harm non-target organisms,” she stated.

She went on to explain the environmental effects of using large quantities of thiamethoxam and other pesticides, clarifying that because ants are drawn to sugary water, liquid baiting is effective but requires a mechanism to dispense the water. “The application of hydrogel bait can solve the problem,” said Tay. “Hydrogels containing sugar water and toxicant can be applied directly on the ground where ants forage.”

The baits do take several days to kill the ants when delivered to the ants’ nesting grounds. Assistant Professor of Entomology and Assistant Cooperative Extension Specialist Dong-Hwan Choe explained that thiamethoxam is concentration dependent, meaning the lower the concentration, the longer it takes to kill the target. “If we use the higher concentration of insecticide in the bait, it will kill the ants more quickly,” said Choe. “We chose the lower concentration of insecticide … thus ensuring that the foragers (ants) …  will have enough time to return to the colony and share the bait with their nest mates” therefore killing a larger amount of the ants in the colony and possibly the queens, eventually collapsing the colony.

Choe explained that they are currently in the process of looking for new ways to apply the bait to other insects and pests. When asked when the baits will be available to the public, Choe said that the UCR Office of Technology Commercialization, which protects the developer’s intellectual property relating to new inventions, filed a patent last year. Choe also revealed that several companies have shown interest in the technology, but did not specify which company in particular.