Highlander
Home Radar Off The Record ‘Thanks For the Dance’: a tribute to Leonard Cohen 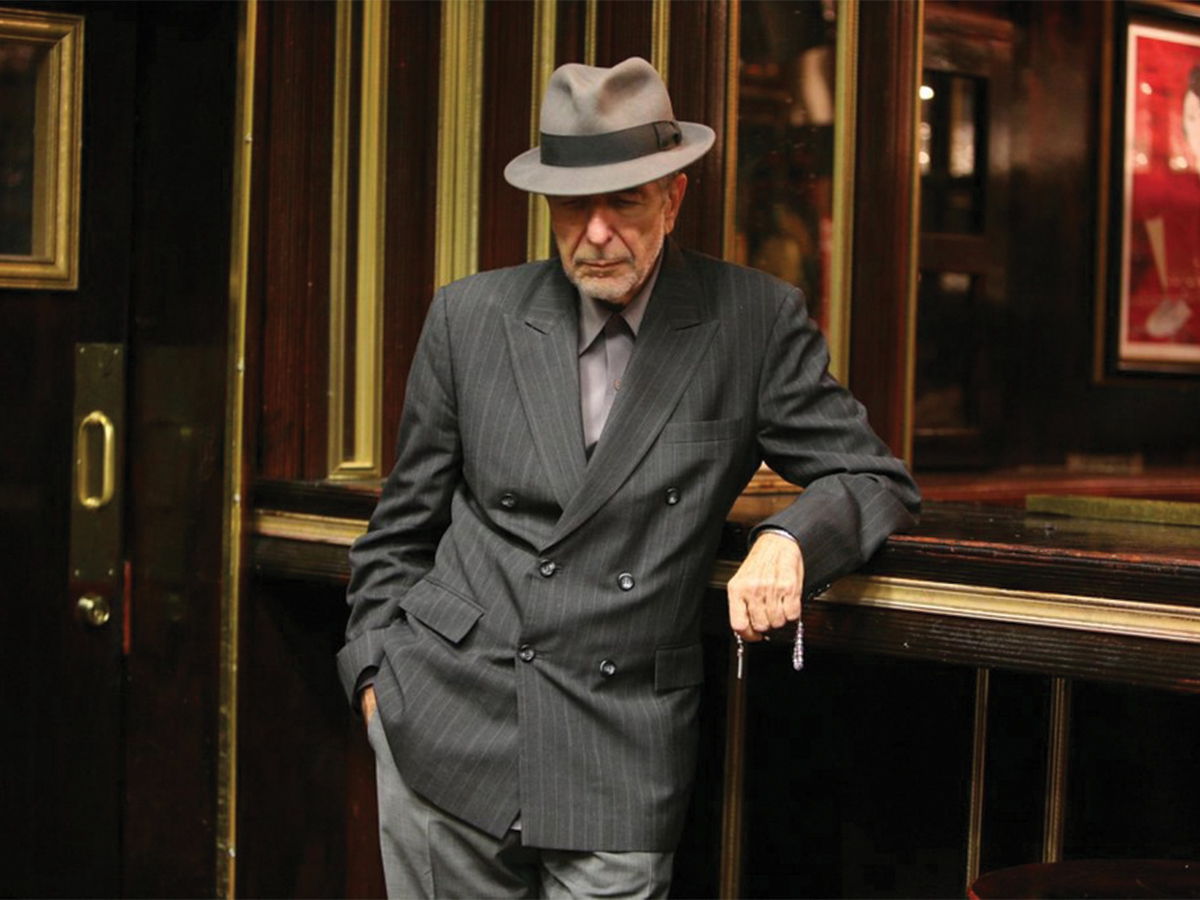 The date was Oct. 21, 2016, when Leonard Cohen released his latest album “You Want it Darker.” The subject matter of the album dealt with various themes of death, peace and love as if at the age of 82, Cohen knew his mortality was nearing its end. Throughout his career as a songwriter and poet, Cohen opened doors to life’s tackles: war, depression, drug use, sexual tension, love and religion in ways that listening becomes a sort of catharsis rather than torment. “You Want it Darker” shines as a phenomenal album is in its ability to return the catharsis to its songwriter. This album is Cohen’s career tied into a beautiful bow; it provides peace to the man who would soon die on Nov. 7, 2016. It was a death that shook the world as one of Canada’s cherished sons died in his home in Los Angeles, survived by his two children and three grandchildren. Three years later, on Sept. 20, 2019, a new song “The Goal” was released with the news that a posthumous album titled “Thanks for the Dance” was in the works.

The project was spearheaded by Cohen’s son, Adam Cohen, who stated the album would be comprised of songs written during the “You Want it Darker” sessions. Adam would have conversations with his father about how the instrumentation should go, but understandably, Adam would have to finish the ideas alone with the help of musicians he brought together. There was Javier Mas on Laud, Daniel Lanois on guitar and piano, Beck on guitar and Jew’s harp as well as Avi Avital on mandolin. Jennifer Warnes, Damien Rice, Leslie Feist and Silvia Perez Cruz would provide backup vocals, with Cohen singing lead. Upon first hearing the news of this album, there was a deep concern in me as “You Want it Darker” was a perfect goodbye to one of my favorite artists. Time had passed and Cohen’s legacy was solidified, so what more could be added? Yet, I knew I shouldn’t allow my fears to overcome me, especially since Cohen’s son was leading the project. Needless to say, Adam should be proud to have finished his father’s work, since this album is great.

Rather than a cohesive album from Cohen, “Thanks for the Dance” feels more like a tribute, as these musicians used pre-recorded vocals to piece together what the album might have sounded had Cohen been alive to compose it. The tracks are mixed in that some have Cohen singing in his trademark gruff voice while others are completely spoken word. The tracks with singing provide the musicians with a melodic direction to follow while the spoken word tracks like “The Goal” have the musicians adding layers of music that follow the tone of the lyrics. The poems and lyrics from Cohen are never in question of quality as his words still strike at the heart. Cohen made his career as an incredible lyricist and hearing him again is perhaps the wonderment of this record. While “You Want it Darker” was Cohen making peace with his mortality, “Thanks for the Dance” feels like Cohen in review. “Moving On” is Cohen coming to terms with the death of his past lover. “The Night of Santiago” is about two young lovers leading their romantic exploits. “Puppets” and “The Goal” are generally about leading a preset life that holds one back from achieving their goals. The title track is Cohen thanking his followers for their lifetime of listening and figuratively “dancing” with him despite how tiring life can be. Finally, “Listen to the Hummingbird” plays as the final track on the album and no other song could close the album more appropriately. Cohen states, “Listen to the hummingbird whose wings you cannot see/ Listen to the hummingbird, don’t listen to me.” Where “You Want it Darker” is Cohen at peace with his mortality, this closing to the album beckons the listener to enjoy theirs.

Verdict: Hearing Leonard Cohen sing and recite again reignited a splendor in my heart. Amazing musicians that pour their talents into making a faithful recreation of Cohen’s iconic sound and amazing lyricism make “Thanks for the Dance” a winner. Despite my initial reservations, I am beyond happy to have had this last dance with Leonard Cohen.