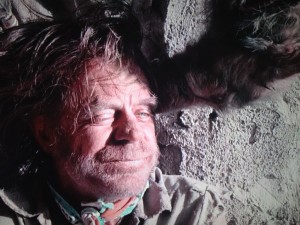 When we last left Showtime’s wildly obscene series “Shameless,” the Gallaghers were entrapped within a vicious circle of insane antics. In the past, the show has pushed the boundaries of ordinary programming, but the birth of an infant afflicted with Down syndrome, a mother falling in love with her soon to be son-in-law, and a homosexual relationship between the main character’s brother and her boyfriend’s father were unexpected. This time around it is almost summer, and this impoverished family of seven is embarking on what may be some even crazier storylines in season three.

Frank Gallagher (William H. Macy) is the definition of a character viewers love to hate. Frank, a father of six, is a deadbeat addict with narcissistic tendencies who cannot help but add on to his family’s financial and emotional burdens. As the show begins we find Frank in Mexico without a passport or identification, waking up after a night of binge drinking and possible drug use. Macy plays the role well by tossing aside the stereotypical lovable drunk character and transforming it into a man that people are prepared to despise. However, Frank’s storyline during the premiere was not as entertaining as I would have liked. There were some comical moments, like Frank’s absurd excuses, complaints and eagerness for booze, but it was nothing the audience has not seen before. Plus, the solution to Frank’s imprisonment abroad was quite unsettling due to the deal he had to make with some Mexican gangsters in order to get a passport. In the end, I would much rather stick with the Gallagher children and their adventures. 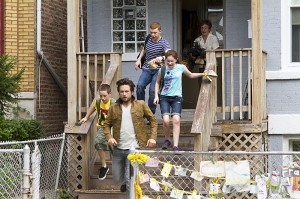 Emmy Rossum plays Fiona, an intelligent bombshell who has the unfortunate responsibility of taking care of her five younger siblings rather than pursuing an education or her dream of getting into management. In the premiere episode we find her employed as a custodian in a waste management business where she has to vacuum up buckets of sludge just to pay this month’s property tax. Unfortunately, she is soon laid off and the only positive aspect in Fiona’s life seems to be her relationship with Steve (Justin Chatwin). The tango between the two has always been compelling, but now that the love birds live together, there is not much substance to their plotline. Luckily for the fans of the show, Steve is tied up in his own problems.

Steve has been in and out of the Gallagher’s lives. He lied about his identity throughout the previous seasons because he was ashamed of his privileged roots and became involved with the daughter of Portuguese mobsters just to take an extended vacation. I thought that the whole Portuguese love affair would die down after last season’s finale, but the thrill ride continues as the mess Steve caused for himself has finally caught up to him. We learn that Steve has to bare spending time with the violent, overprotective father who forced him to marry his spoiled daughter last season. 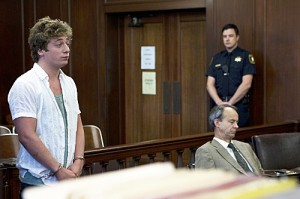 Philip (Jeremy Allen White) and gay Ian (Cameron Monaghan) are my favorite characters of the bunch. Unlike the younger sociopath Carl (Ethan Cutkosky), timid and much too caring Debbie (Emma Kenny), or youngest Liam (Blake and Brennan Johnson), Lip and Ian have their own ideas of what is beneficial to the family. Lip is an extremely talented child prodigy who knows everything from advanced mathematics to how to build a deadly weapon with a screwdriver and some scrap metal. He helps his brother Ian, a mysterious military diehard, steal a laser from a college. Lip takes the heat for stealing the laser and is later arrested. As a sarcastic, manipulative, and deeply disturbed smartass who is in and out of jail, Lip is probably the most interesting character of the Gallagher family, and White does a great job portraying him. The audience laughs at his criminal activity and witty dialogue, but also finds themselves sympathizing with the emotionally damaged teen who could use a big break in life.

“Shameless” is crude, dirty and explicit, and the premiere continues the show’s proverbial unapologetic tone and dark comedy. Creator and writer Paul Abbot (who wrote and produced the British version of the show) works well with director John Wells to create an atmosphere that stresses family dynamics and the importance of striving for success at all costs. This first episode pulls at the heartstrings and is full of laughter. It embodies the aspects I expect from the show while still managing to surprise me.

If you’re flipping through the channels on Sunday nights at 9 p.m., tune in to this underrated show and give it a shot. The Gallaghers deserve at least that.