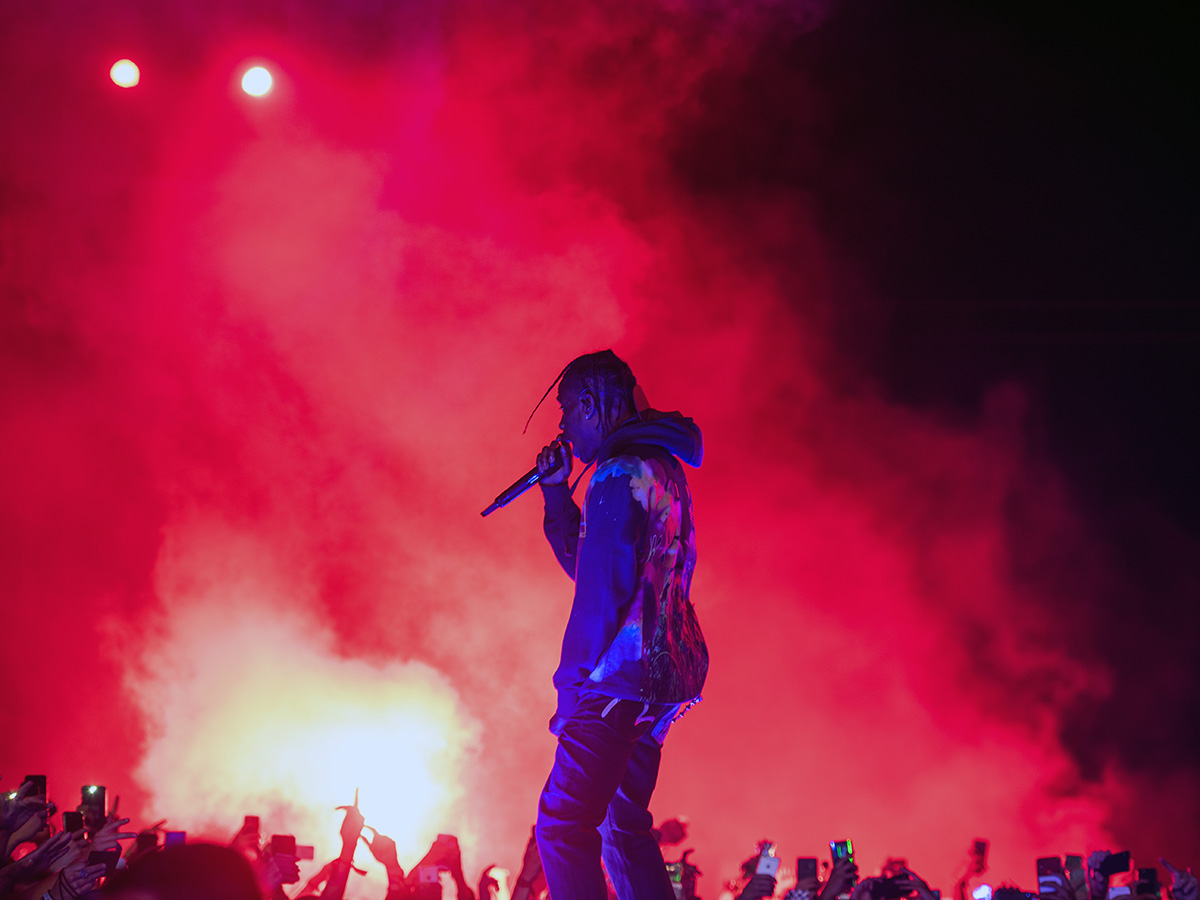 The disaster that took place in Houston, Texas at Travis Scott’s famous Astroworld event resulted in nine deaths and multiple injuries that could have been prevented from the very beginning. This tragedy quickly went viral and caused a major public outroar calling for someone to take accountability for the lives lost that day 一 the youngest being only 14 years old. With the abundance of video evidence coming out, it’s clear that Travis Scott himself, along with other organizers of Astroworld, must be brought to justice and pay reparations to the grieving families. Until Scott gives a proper apology in the form of settlement payments, the artist should be barred from attending other major music events for the safety of fellow concertgoers.

Houston city officials prepped for this event in advance and had many concerns with the large number of people attending. Considering the energy at the previous Astroworld, many police officers and the chief himself worried over individuals’ safety 一 some of which were of elementary school age. Plans were submitted to accommodate a certain number of guests from medical to pyrotechnics, but nothing could have prepared anyone for what took place that night. Even within the aftermath of this terrible event, officials have already claimed that any crowd management plan put in place was either not followed or ignored altogether.

The scenes of this event were horrific. Video content has revealed the lack of readiness on the event organizers’ part in terms of supporting the hordes of people who attended. It’s explicitly clear that the event did not have the means to accommodate such a large number of people, and yet they still proceeded, regardless of the obvious safety hazard this posed. Footage from the event revealed a massive sea of people with little to no wriggle room.

By nightfall, the terrible crowd surge was inescapable. Haunting video evidence showed individuals being sucked into a pit of people and crushed at the bottom. People even recount stepping over bodies and being face to face with dead victims. As traumatizing as this is, none of what has occurred is anything new. Travis Scott is notorious for glorifying stampedes and encouraging this type of “rage” behavior. In his Netflix documentary, “Travis Scott: Look Mom I Can Fly,” there are video clips documenting just how rowdy and dangerous the crowds at his concerts can be. People can be seen rushing barriers and jumping over smaller individuals just to get a chance to be at the front. When stacking video evidence such as this next to what has just happened, it’s clear that there’s a pattern of neglect on Scott’s part when it comes to the safety of his fans.

Things only got worse when the paramedics proved to be incapable of helping injured guests. A 22-year-old college student named Bharti Shahani brought the death toll of Astroworld to nine due to sustaining injuries. This likely resulted from medics at the concert being unable to treat her amidst the chaos. A video posted to Twitter shows first responders carrying the woman on a stretcher and dropping her on her head before fellow crowd members stepped in to pick her up. Other posts on social media suggest that the medics present at the event did not have extensive knowledge on resuscitation and failed to help the injured 一 the youngest of this group being only nine years old. Considering this, if Travis and other organizers paid more attention to the administrative details rather than hype and aesthetic, the death toll and number of those injured would have decreased exponentially.

Perhaps the most disturbing detail of that night was revealed in a video posted online of two concertgoers climbing the stage trying to get the attention of the camera men recording Scott. They can be seen frantically screaming “There is someone dead” or “Stop the show,” while those on stage refused to pay attention. These heroic guests were met with the cold shoulder from the stage crew as more people were killed. In normal cases, if someone dies at a concert, giving notice like that to the stage crew is a surefire way to stop the show. However, considering Travis Scott and his streak of bad behavior when interacting with fans, it’s not surprising that this was the outcome.

If anyone is responsible for what took place that night, it is most definitely Travis Scott. As the main performer, he had the power and responsibility to stop the show as soon as he caught wind that someone was dead. People may claim that Scott was distraught over the tragedy that took place and had no idea that the fatalities occurred at all, but that is merely a way to save his public image. If Travis truly cared about his fans, then he would have stopped the show a lot sooner. In a viral video from that night, Travis Scott can be seen doing the robot as police and paramedics drive through the crowd to collect dead bodies and other injured guests. Older videos are also resurfacing of Travis stopping a show not to help fans, but to encourage the crowd to beat on another guest. Travis Scott can be seen repeatedly yelling at the crowd to “F一k him up!” in reference to the other guest who he also can be seen spitting at. Considering this past video and what has just transpired, Travis Scott is a performer who cares little about the safety of his guests and more about his own image and cultivating a mob mentality among fans.

After Astroworld, people should think twice before giving someone like Travis Scott a second chance to have a platform. Young women and children are dead all because of his inability to take responsibility and put safety first. These grieving families deserve justice, and it cannot happen until Travis Scott does more than release an insincere apology statement. If there was one instance where “cancel culture” worked and stuck, this should be it.