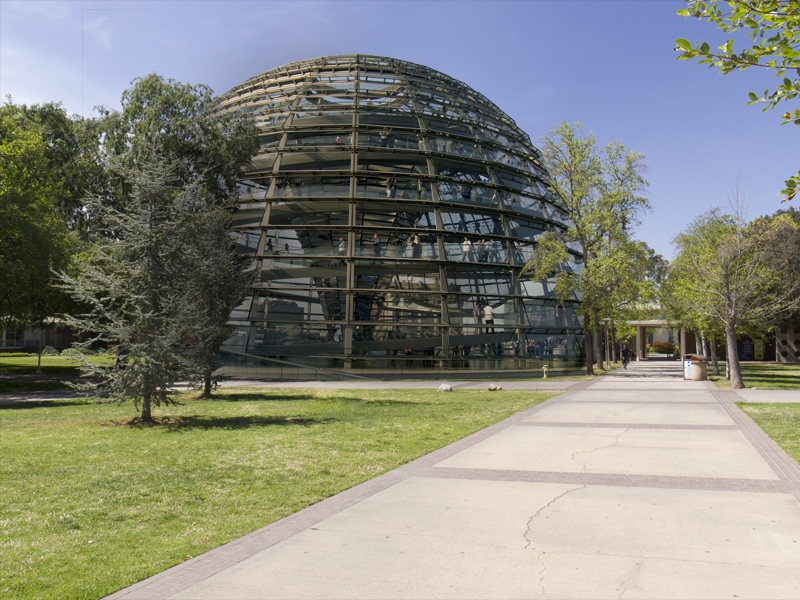 A jet-fueled bulldozer is set to demolish Watkins Hall next week, as students will be forced to evacuate the last-standing building for the Humanities, Arts and Social Sciences Liberal Education (HASSLE) department. Funded by a $54 million grant from private donors, the university will construct another structure on behalf of the College of Natural and Agricultural Sciences (CNAS) for the purpose of storing lab equipment and scientific instruments.

“UCR aims to alleviate the struggles of our striving undergraduate students, by offering them more accessibility to classrooms in the areas of practical academia,” said UCR Chancellor Xavier Genesis in his weekly friday letter. He expressed that the storage area will make room for expanded lecture halls in other science buildings.

The construction project coincides with the elimination of HASSLE after years of insufficient funding from UCR administration. Housed in Watkins Hall, the department is formerly known as the College of Humanities, Arts and Social Sciences (CHASS).

The newly-built science building will be named after former Chancellor Delfina Leocadia Robles, the UCR professor emeritus of entomology who discovered the vaccine for malaria back in 2030. Robles’ contributions set UCR on a greater path to prominence by pushing the university to pursue a more practical agenda through career-oriented academics in 2045, with an emphasis on CNAS, BCOE and SoBA. Through the elimination of HASSLE, campus administrators weeded out the seemingly less profitable majors, according to Genesis.

Watkins Hall has been neglected since 2054, when a classroom collapsed, leaving 30 students trapped under the rubble for two days. Tipped off by nearby students, UCPD flashcopters quickly teleported to the scene and rescued the wounded students.

“We were hosting a writer’s workshop when the roof suddenly caved in on us. Some of us got injured, but we were lucky to get out alive,” said fourth-year english major Damien Jazz in the university’s digital archives. He was one of the 30 students who was given immediate compensation by the university to cover all medical bills and resolve any emotional grievances.

Officials report that the cause of the collapse resulted from decades of poor maintenance. In response, the university administration vowed to rebuild Watkins Hall, yet no action was ever taken.

Growing discontent among colleges finally boiled over during the controversial selection of a career-oriented UCR chancellor, which became the impetus for the lawsuits filed by then-CHASS students later that year. They claimed that the university administration discriminated against candidates in the humanities, arts and social sciences by offering them little representation in funding at the systemwide and state levels.

The effects of volatile state funding also proved especially injurious to the college, through the “Spring Cleaning of ‘71,” where many humanities and arts programs were abolished as a cost-saving measure made by university officials. The dance history program was the first to be removed, despite it being the first Ph.D program of its kind in the university system. Many majors in the areas of social sciences were fully incorporated into other colleges, such as statistics into CNAS.

The evacuation of all HASSLE majors resulted from decades of irreconcilable differences over the limited allocation of academic and financial resources between majors that were perceived as less profitable. With reduced classroom space and limited resources, the UCR administration plans to shut down the department next week.

“I’m glad that there’ll be more classroom space for the sciences, but what about the arts? The humanities? It’s hard to believe that a department that’s been around for hundreds of years is about to come to an end,” said John Nicashe, first-year double major in robotic linguistics and electrical engineering.