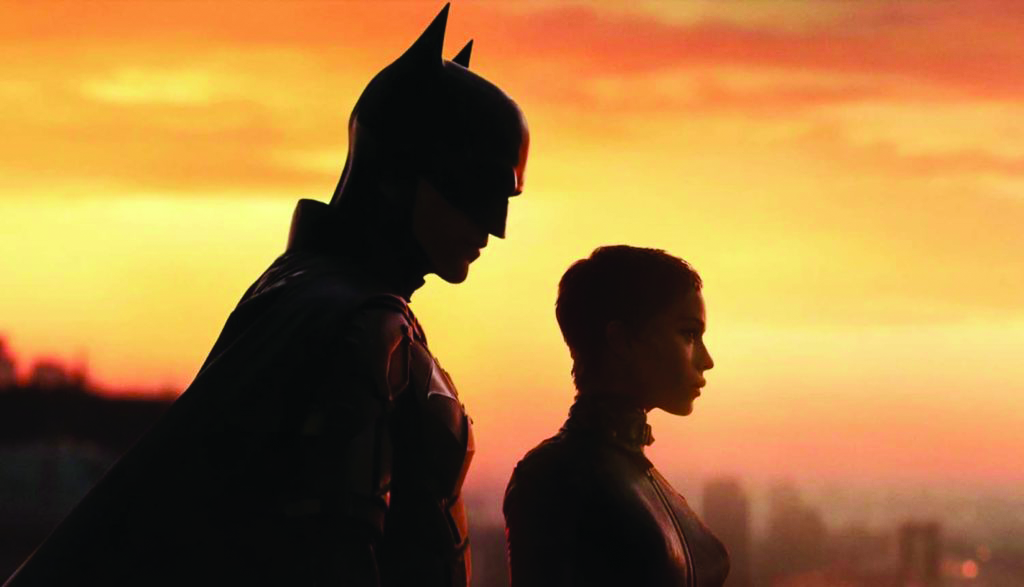 With the history of “The Batman,” and the global popularity of the superhero, Robert Pattinson, the latest iteration of the hero, has had a lot of pressure to succeed. Since the Christian Bale days as Batman, there has not been a real solid footing, and with the DC universe already visibly struggling to keep up with Marvel, is Robert Pattinson the one to save the franchise?

Before Pattinson, mega-star Ben Affleck was cast as the new face of the Justice League, but due to his many personal issues, and the scrutiny of the media, Affleck decided to take a step back before his tenure even began. As of today, Affleck has only premiered in the “Justice League,” and will have his last appearance in the upcoming “Flash” film, officially marking the end of his era as Batman. Many regard Affleck’s short-lived superhero days as a mega-failure, but this type of uproar only brings more pressure to Pattinson, and the supporting cast.

With previous Batman actors, we have seen very mature, middle-aged, tycoon-like individuals portray the hero, such as George Clooney, Michael Keaton and the previously mentioned, Christian Bale. With a brand-new perspective on the Batman, Pattinson brings a certain youthfulness into the character as he plays a younger Bruce Wayne who is only beginning his career as Gotham’s savior. Unlike other films, Pattinson’s Bruce Wayne is not the confident billionaire who is beloved by his citizens throwing around his funds. Instead, he portrays a very quiet, angst-filled young adult, whose only priority seems to be honoring his father’s legacy.

The film begins with the introduction of the main antagonist, The Riddler, who murders the mayor of the city. Following this brutality, fans are introduced to the beloved, Lieutenant Gordon, who walks into the crime scene with Batman. From this scene, which appears within the first five minutes, fans can already sense that this film will be very different from the others. The Batman, still masked and unidentifiable, is far more open to the public eye, only lurking in the shadows when doing recon. Known to be more of a hero of stealth and cunning, it was interesting to see this outtake, because the Batman was far more confrontational — simply walking in and busting the front door when seeking information. From the very get-go, there seemed to be a lack of stealth, and though it was uncharacteristic from this franchise, it was an intriguing, fresh perspective. 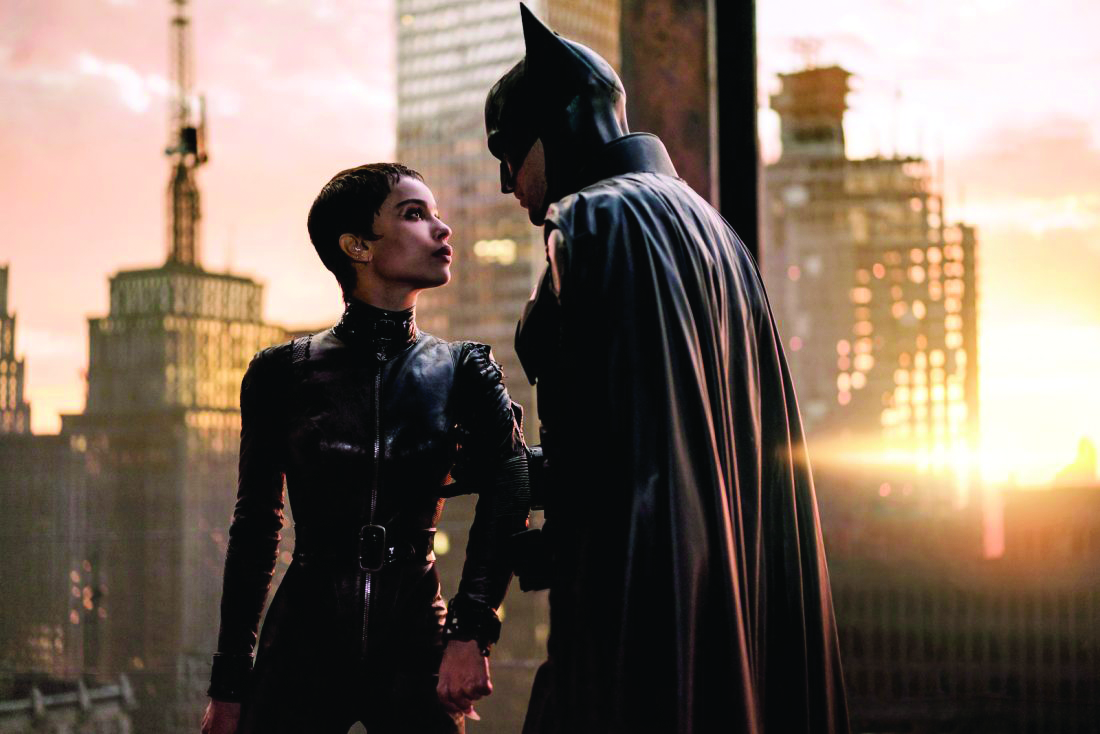 Fast-forwarding to the introduction of Catwoman, actress Zoe Kravitz nails this role as she perfectly portrays a woman who is able to both look out for others while also plotting her own personal vendettas. After Batman catches her stealing, she does not quickly cave, but instead makes him earn her trust and portrays herself as more of his partner. Kravitz is able to bring a very layered character to life, which in turn, keeps fans intrigued as they must continue to watch to truly understand the intricacies of the woman underneath the mask. Much more than the traditional “sidekick” type, it seems as if the creators of “The Batman” sought to surround the Batman with much more layered, complicated characters that also have a story of their own, away from “helping the Batman.”

After watching the film, it makes sense why “The Batman” is already finding so much commercial success, as the characters are all on their separate journeys where Batman acts more as a tether, rather than the focal point. Yes, the movie may be surrounded around him, but the characters do not lack the emotion and depth that make fans really fall in love with characters, and sometimes, supporting characters can become fan-favorites.

Though it is already smashing in the box office, the film does come with some complaints. For one, it is quite long, almost running for three hours; and within that three hours, there were plenty of moments where it felt like scenes could have been deleted.

On top of this, it seems like the director of this film really attempted to create a “coming-of-age” vibe, which makes sense due to the young, irrational age of this version of Bruce Wayne. 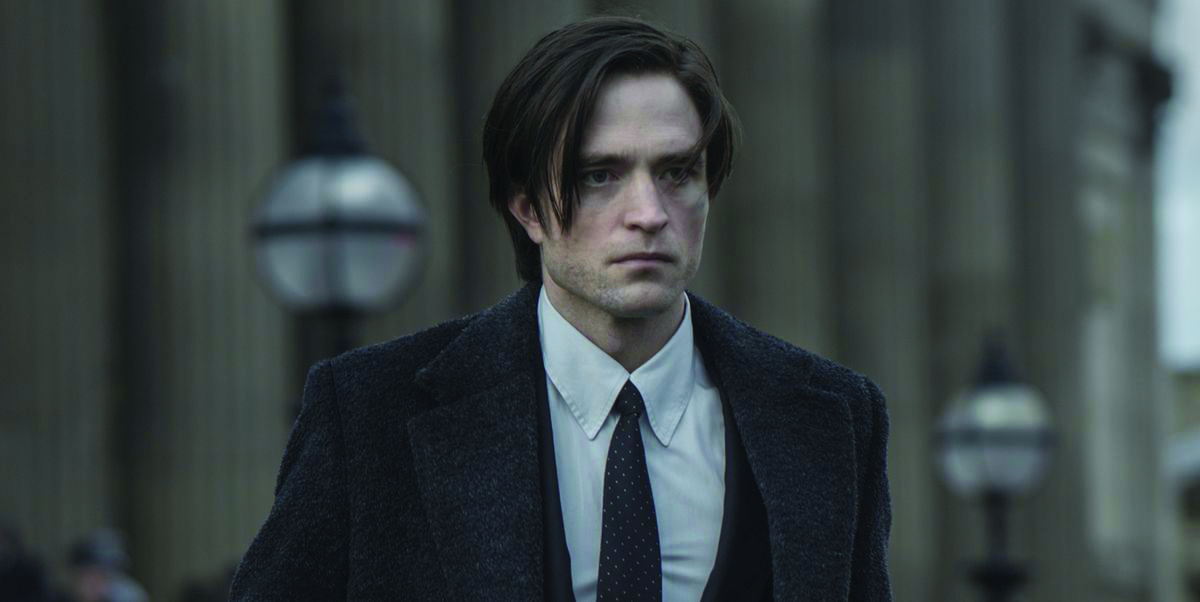 Many fans complained that Pattinson was too “emo-like,” filled with teenage angst that the Batman would never have, but this seems to simply be a different take on the character. It is understandable why true DC fans would be a bit uncomfortable with this portrayal of their beloved character, but still, fans should keep an open-mind as Pattinson’s portrayal is fresh, and new, something that could 100% revitalize the quickly-dying DC universe.

Verdict: With various trailers releasing before the film, it was obvious that the portrayal of the Batman would be different, but Robert Pattinson does an amazing job, alongside his new supporting crew. If you love superhero films, “The Batman,” though extremely long, deserves a chance. The new course this film sets for the DC universe is exciting, and fans should be very happy with the future of Batman.