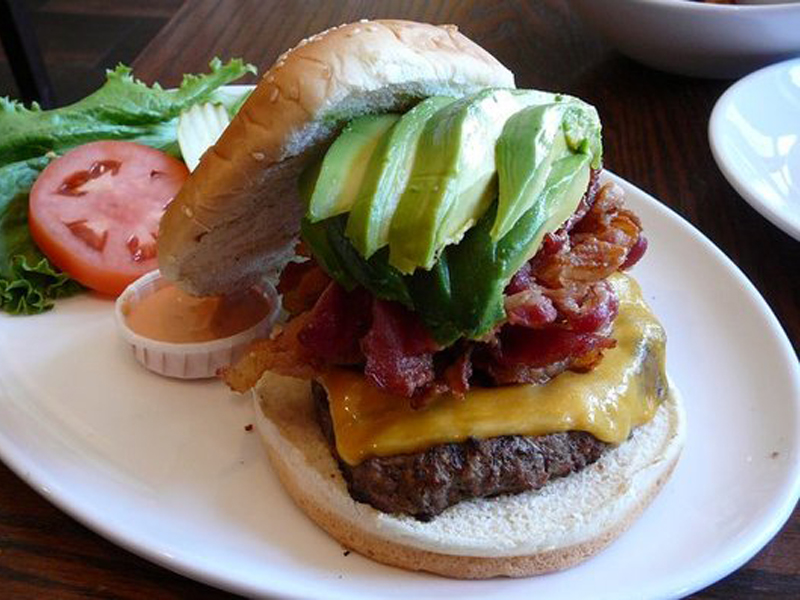 If you have ever been down University Avenue you may have noticed a boarded up brown building in between the Dynamite Café and Solar Panel Movie Theater. Recently, a respected age-old establishment bought this sad depleted building. Starbucks Incorporated has bought the building as a part of its attempts to take us back to the “good old days,” the days where people waited on customers and customers had to physically hold a paper menu in their hands to see what they wanted to order. The new restaurant is called New Era, which is what 2013 was called after having survived the apocalypse scare of 2012.

When first stepping into New Era, the hanging chandeliers with actual electric bulbs might catch you off guard. In the 2010s, electricity was still the main source of power. Imagine that! The first thing you see on the walls are abstract paintings of the food served at New Era. For those that don’t know, abstract paintings may look like just splatters of acrylic paint, but they were meant to extract emotion from the viewer. A far cry from our beloved geometrical paintings designed purely by computerized robots, these were actually designed by human hands. Our hostess was a teenage girl wearing skin tight jeans, a sweater with a cat on it and black boots. She was also wearing black framed glasses with no glass. She was dressed as what you would call a “hipster” back in the day.  Reservations made from any electronic device are not accepted here, seeing as back then one just simply had to show up and expect a possibility of a waiting time.

Once seated, the hostess handed me a laminated paper menu that I had to flip through page by page. No touch screen menus here. I wondered if the avocado bacon cheeseburger would be good but unfortunately there were no buttons to make samples appear at the table. Instead, I had to decipher based on pictures of the dishes with descriptions next to them. I decided to take a risk and order it.

While I waited for my food, I examined the rest of the restaurant. There were paper napkins on every table. The 2010s were just the beginning on an eco-friendly world. As for eating utensils, silver knives and forks could also be seen on every table. The clinking of people using their silverware against their plate was heard throughout my whole visit. Back then, these dishes would be put to wash, one by one, in a dishwasher machine by people. Labor was all people and more physical. Reliance on machines wasn’t as heavy as it is nowadays. I heard old music by artists I’ve never listened to before as the musical lyrics “Baby, baby, baby” were repeated over and over again. The catchy lyrics and beats were easy to follow and added to the experience while I was there.

My avocado bacon cheeseburger finally arrived, brought by a guy wearing jeans, a fitted shirt and suspenders. I tried not to laugh as he placed my food in front of me. He was so chatty and warm which I found surprising. Human interaction was really important back then, so keep that in mind. My burger came with a side of French fries which were very common back then, due to their low price. The burger consisted of two slices of bread with a slice of meat, lettuce and tomato in between. Ketchup, or tomato paste, and a yellow mustard sauce were smeared in between. Two bacon strips were also inside the burger. Bacon is a type of pork made of the fatty part of the pig. It’s also the greasiest and slimiest.

Upon my first bite, the mushiness of the meat patty mixed well with the lettuce and tomato and surprisingly created a tasty flavor. I decided to try a French fry next. As soon as I took the first bite, I could taste the salt particles and the starchiness of the potatoes. I swore my arteries were clogging up. How did people eat this food back then? It was so high in sodium and fat, yet so tasty. I’ll never understand.

After I devoured my burger and fries, I ordered a dessert. I decided to try their homemade apple pie. It was made with real apples and baked in their very own kitchen with real sugar and everything. It was very rich in sugar but after the first warm bite, I’m sure anyone can be won over.

New Era is a new restaurant on University Avenue that is a flashback to a time when none of us were alive, yet its history will forever remain along with the food and culture despite it being so different from our own. Take a chance and try something different! Just go with an open mind.