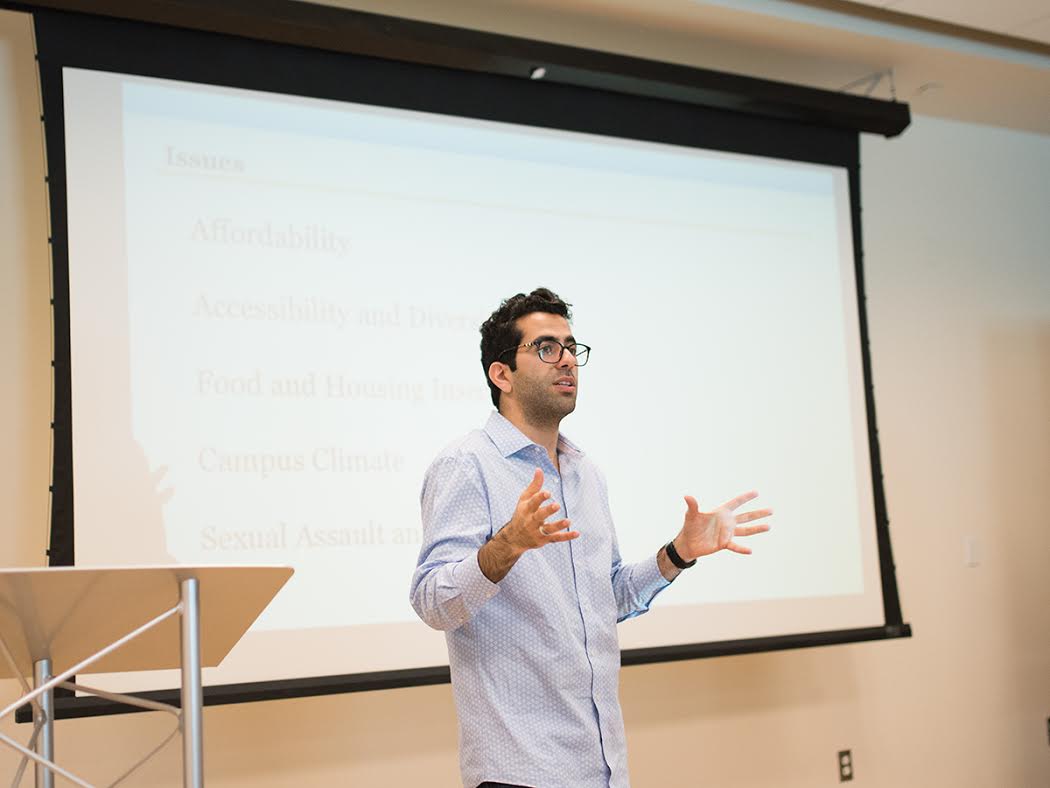 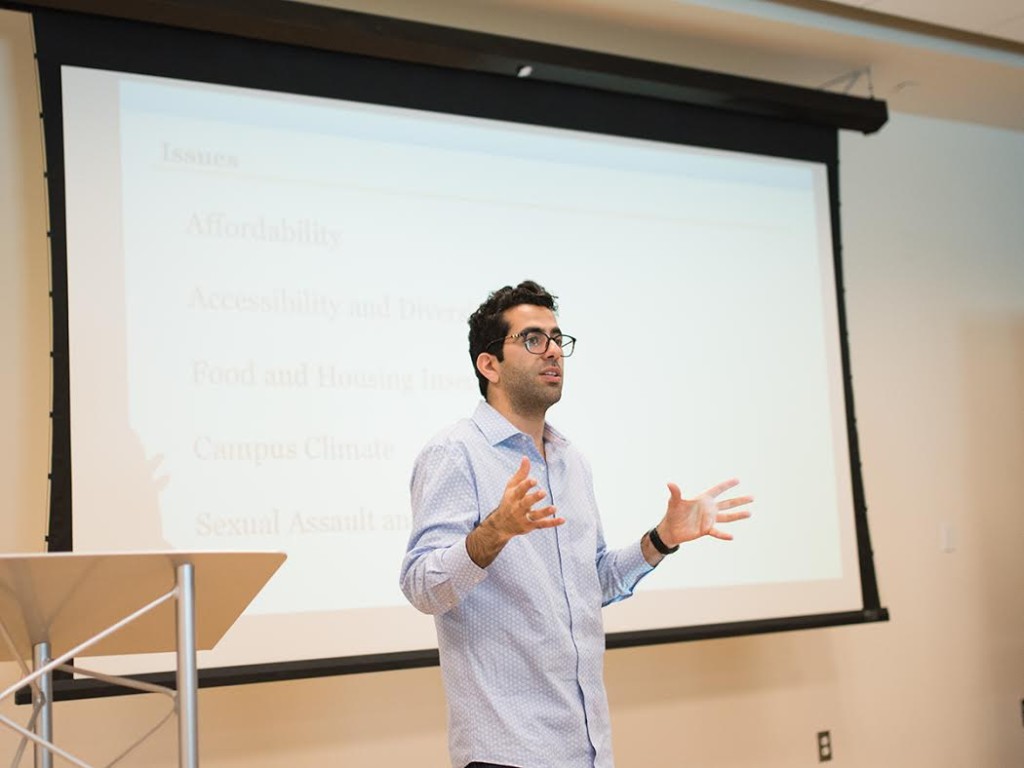 New student position added to UC Board of Regents

Efforts led by student regent Avi Oved have ensured the addition of a new nonvoting student adviser position on the UC Board of Regents after the regents unanimously voted to approve the position during their Jan. 21 meeting at UC San Francisco. The position will allow the student adviser to sit on three of the board’s committees and will also allow them to make recommendations to the board concerning student-centered issues. The one-year position is part of a two-year pilot program and will commence July 1, 2017.

The idea for the position originated with Oved’s concern that student representation was lacking on the board, seeing that UC students occupy only two seats — student regent and student regent-designate — and are allowed a single vote between them. Though an extra student position with the ability to vote would have faced an uphill battle — regent opposition as well as the need for a change to the UC Constitution — Oved was able to lobby with organizations across the UC system to bring this alternative proposition to the forefront.

Oved explained his vision for the position, saying, “I think that this is an excellent opportunity to meaningfully engage with students and bring them into the conversation, strengthen the relationships that we’re vastly improving upon and I think it would allow the regents to function more as proactive board rather than a reactive board.”

During the meeting, student regent-designate Marcela Ramirez spoke about the workload of a student regent which includes meeting with students, student organizations, chancellors and vice chancellors across the 10 UC campuses each year as well as attending board meetings and balancing coursework. She felt that the new position would “comprehensively and holistically tackle all of the issues” as well as help to “spread the load.”

Though some regents expressed their concern about adding a new position to the 36-member board, Regent Bonnie Reiss’s comments about the position echoed those of the majority of comments made in regards to the proposition, stating, “I’m enthusiastically supporting it because I believe it’s a benefit to the regents as a whole because having student perspective in all our discussions really helps inform our thinking and therefore the decisions we end up making.” 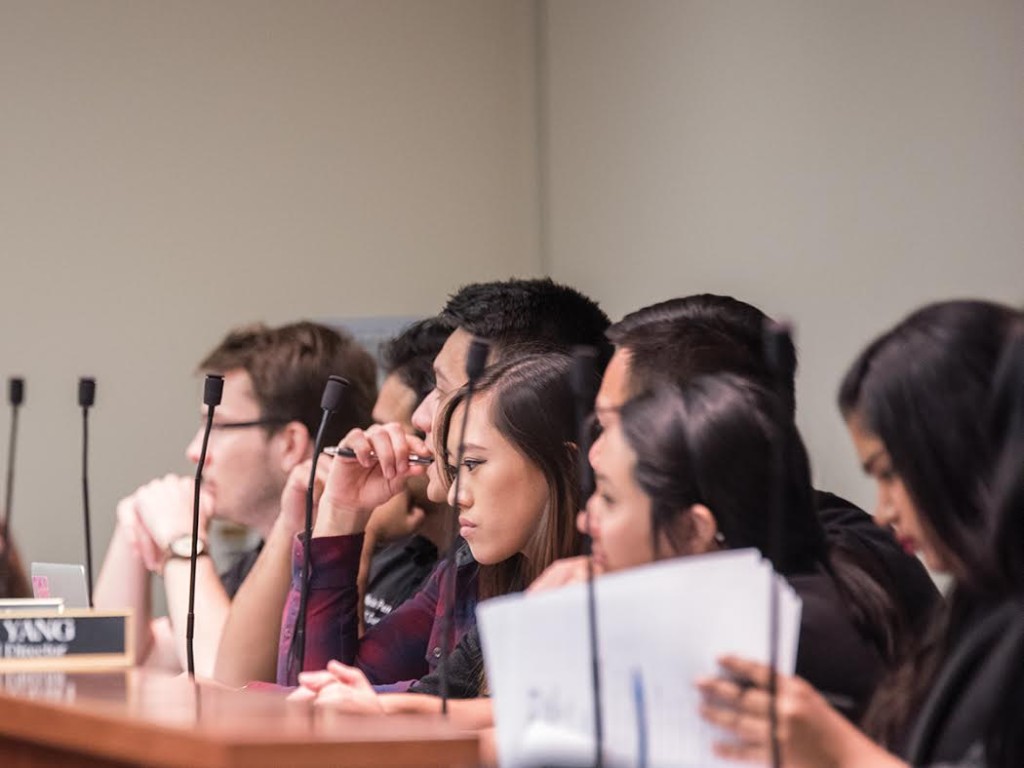 During the ASUCR senate meeting on Wednesday, ASUCR voted to replace the current vice president of external affairs since last year’s elections, with Oscar Loera, current legislative liaison and member of the UC Student Association Board. His position was confirmed with a closed ballot vote of 7-2-2.

Arturo Gomez, third-year political science major, was yielded time by a senator and inquired about public applications for the position, saying, “I think it’s in the best interest of upholding democratic ideals to push for an application because I generally do feel that it is important that you make sure as many options are on the table as possible to fill this important vacancy.”

Several senators cited time constraints and prospective nominees’ familiarity with what the job entails among the reasons why they had decided to nominate people themselves as opposed to sending out applications.