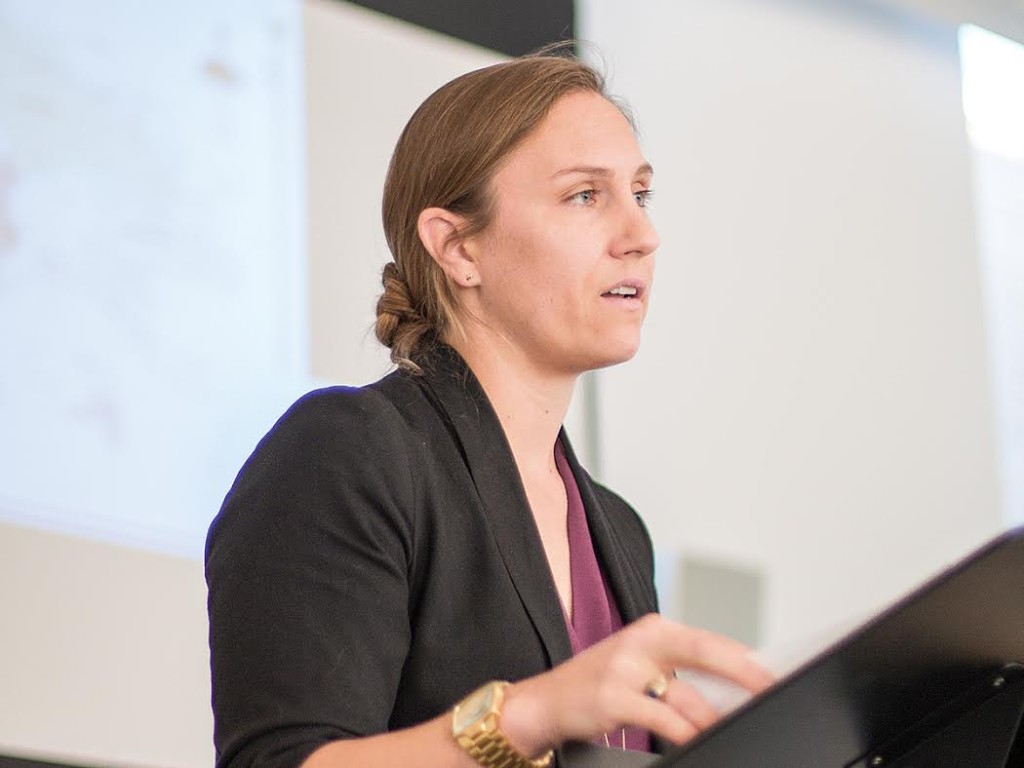 Voyles discussed how power is exerted over environmental resources, which has adverse effects on disadvantaged communities. For the Navajo, many of the mountains that they held sacred were mined for uranium by members of the tribe during the 1940s and ‘50s due to the Manhattan Project. This process caused many health complications for the miners and their community as uranium is a highly radioactive and toxic material.

Currently the Navajo Nation holds more than 27,000 square miles of land, which hosted 2,500 uranium mines and over 3,000 workers of Navajo descent during the period of uranium mining. This uranium was used to help build atomic bombs during the nuclear arms race between the U.S. and USSR during the Cold War; however, its toxic effects were not disclosed to the workers in the mines.

“The fact that uranium was disproportionately mined on and near native land makes this quite a clear-cut case of environmental racism,” Voyles explained. Environmental racism is defined as placing low-income, typically minority communities in the proximity of hazardous or degraded environments, such as those infested with toxic waste, pollution and urban decay.

In this case, environmental racism also consisted of exploitation of the Navajo’s environmental resources, in order to benefit the American nuclear industries. Voyles described this discrimination as “wastelanding,” which involves the “assumption that non-white lands are worthless and then proceeding to pollute those lands” for industrial benefit.

This process of mining also created further problems. Livestock became contaminated on the Navajo land, leading to a reduction of livestock, forcing the Navajo people to sell off their flocks to other companies. In addition, the homes on the land became contaminated with uranium, harming the families that lived there.

After the lecture Voyles held a Q-and-A with the audience, to further discuss this research. A student in the audience asked, ”What has been done in the ways of reparations in regards to uranium mining?”

“There are a number of inadequate and too late ways that the federal government has sought to fix some of these problems, one of which is the Radiation Exposure and Compensation Act of 1990 (sic),” Voyles answered, adding that activism and clean-up efforts also hold importance. ”It gave some monetary compensation for people whose lives were affected and I want to point out that it came to be after four decades of activism. These problems are both urgent and deep … people do need checks from the federal government as compensation, however, so is clean-up.”